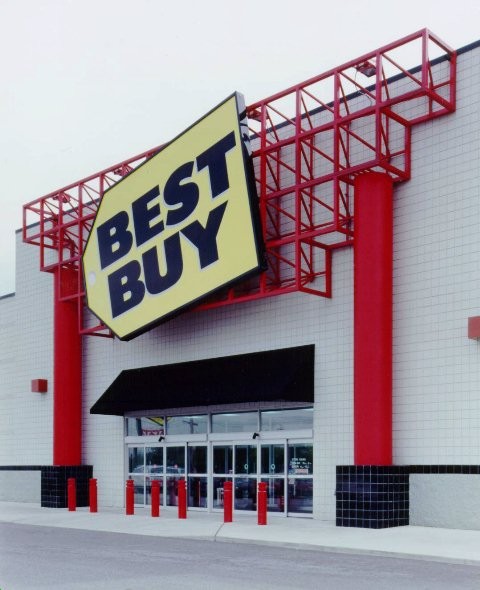 No love for analogue TVs

As the government mandated all-digital broadcast TV deadline approaches (February 17, 2009), Best Buy decided to discontinue selling analogue TVs as of October 1st. This move comes on the heels of an announcement by John Kneuer that RadioShack had pledged to sell converter boxes by January 1st. Best Buy also pledges to sell the converter boxes (which will enable people with analogue TV's to receive and view digital broadcasts). Apparently they must not be selling or stocking enough analogue TV's where pulling them from their shelves would have a huge financial impact.

The converter-boxes will reportedly retail for around $60 but the public will be able to apply for two $40 off coupons through a government sponsored program. Best Buy's move seems to be geared to eliminating the need for such boxes as more and more people will be forced to purchase a digital TV. To date, no other retailer of the scope of Best Buy has made such a move but expect more to follow suit.

Read the Complete Thread
videobruce posts on October 20, 2007 10:37
“Analog” or “CRT”??
As usual, the consumer electronics industry only adds more confusion to the mix.
stratman posts on October 18, 2007 23:48
Moved as in back of store, stock area. I have a good friend that works at Tropicaire, he's in tomorrow, I'll go and talk to him maybe he knows what is going on. BTW, I didn't think you were (lol).
jonnythan posts on October 18, 2007 23:44
Maybe they… moved them? I don't know, LOL. I'm not accusing you of anything.

My store has shelves of CRTs back in the corner. They're not going anywhere any time soon. They will keep selling cheap tube TVs for some time yet.
stratman posts on October 18, 2007 23:42
I went to Tropicaire and Kendall yesterday, they didn't have any. So I don't know what to tell you. Maybe they were moving stuff around or perhaps getting ready to re-sticker, not sure. I'll swing by Tropicaire tomorrow.
jonnythan posts on October 18, 2007 23:36
The Best Buy web site is showing me that all six stores in the Miami area have *lots* of CRTs with analog (and digital) tuners in stock.