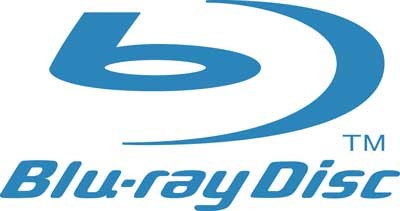 After an avalanche of attacks by hackers of all stripes against HDCP, studios are developing a weapon to curtail the onslaught.

Welcome to BD-Plus (BD+) technology. Leading the charge as expected is non other than Sony Pictures Home Entertainment. They hope to have this techno-weapon by this year's end. BD+ is designed as an extra layer of protection for high-def AACS system. Although AACS is considered an improvement over standard DVD protection, ripped copies of HD-DVD movies were available for download on BitTorrent in January, just months after the launches of these formats. Blu-ray Discs are also encoded with AACS, ripped Blu-ray movies have also appeared online.

BD+ lets Blu-ray Discs install and run a piece of encryption software on the player, allowing each title to have it's unique encryption scheme. Hacking into a protected disc only affects that single copy, it won't cause security breaches across the board for the same title. BD+ can detect tampering to a player, refusing to play once the intrusion is discovered. Sony and the studios that support Bluray believe this technology produces a secure, yet user friendly product that only punishes hackers for copy right violations.

Sony and its allies have a vested interest for BD+ to succeed and after the rash of attacks on their technology they're pushing faster than ever to bring it to market. Work in certifying BD+ on all players forges on, according to Sony adding the BD+ layer adds as much as a week to a month of production time to a Blu-ray Disc title. Interestingly Sony does not require BD+ to be installed by other Blu-ray backers.  Besides Sony, 20th Century Fox Home Entertainment is toying with the implementation of BD+ for it's titles.

This techno-wizardry is being developed by Cryptography Research whose head scientist Paul Kocher confirmed that the delivery date was pushed forward after the attacks. It has been pointed out that beta testing on existing Blu-ray Disc players is complete and studios are in the process of completing their beta protocol.

Clint DeBoer, post: 263862
Case in point - who watches the mandatory piracy videos and FBI/Interpol warnings on DVDs? Law-abiding people who BOUGHT or legally rented the discs…

Now, who DOESN'T have to watch these stupid wastes of time? People who illegally download movies from the Internet - the supposed target of the warnings in the first place. They can cut that stuff right out in their copies.

oh my, I have pages to write about this … when watching these crap warning stuff, I keep telling the display “DID I NOT BUY THIS DVD? YOU FREAKIN …”
mkossler posts on April 18, 2007 19:45
I, for one long for the day when the MPAA / RIAA and those who have perpetrated (and perpetuated) those organizations get their comeuppance. They will ride this tired old nag of a business model right into the grave - and why not? They realize that in the new model, there is no need for a distribution middle-man! They also know that in the new model, authors and producers will be able to market and distribute the content they create - and their parasitic layer will go the way of the Dodo.

I have my doubts, though, that in the current pro-big-business environment in the USA, that market forces alone will be sufficient to force the transition. Witness the unfettered feasting of the Petro-chemical monolith on the pocketbooks of every American. All started by a hurricane nearly two years ago, mind you - and one that gets not a penny of those ill-gotten gains.

Clint DeBoer, post: 263862
Case in point - who watches the mandatory piracy videos and FBI/Interpol warnings on DVDs? Law-abiding people who BOUGHT or legally rented the discs…

I'll never learn either. I try to skip through those every time.
Audioholics posts on April 18, 2007 13:29
I am NOT trying to be political here, but this is also a lot like gun control - only in the sense that in order for it to be effective you have to assume that “criminals” are going to obey the law. Meanwhile, law-abiding citizens are forced to deal with additional regulations, rules and other inconveniences.

Case in point - who watches the mandatory piracy videos and FBI/Interpol warnings on DVDs? Law-abiding people who BOUGHT or legally rented the discs…

Now, who DOESN'T have to watch these stupid wastes of time? People who illegally download movies from the Internet - the supposed target of the warnings in the first place. They can cut that stuff right out in their copies.

You are not a customer to the movie or record industry - you are a potential criminal.
j_garcia posts on April 18, 2007 12:44
Yep, a server will become just another applicance like a fridge or dishwasher when you buy/build a house, as will a network trunk room. The days of media and rental stores will actually probably numbered going forward as a lot of stuff will move online. It IS another layer, but I'm not making copies of my movies for other uses generally. I don't find a need to back most of them up, and I don't watch 90% of my library on a regular basis.
Post Reply