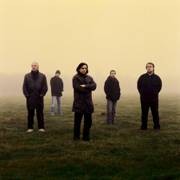 Audioholics: Who is Marillion?

[Pete Trewavas] If you mean which member of the band most typifies what the band is about musically, or indeed the ethos of the band, that is hard to sum up in one single person.

We all add so much to the band both musically and otherwise. The closest I can some up with would be a combination of Steve Hogarth and Steve Rothery. Both are very musically and spiritually driven.

[Pete Trewavas] I think Marillion was first and foremost influence by the British music we all grew up with from the 60's and 70's. I think that amongst a vast array of music being played in UK at that time, the changes from Pop through Psychedelic and early Progressive music is what inspired us to stretch out and want to be creative ourselves.

Bands like The Beatles, The Who, The Kinks, Led Zeppelin, The Nice, Pink Floyd, King Crimson and Van-der-Graf Generator, showed us the rebellious side of music as well as having a clever, more interesting structure to compositions, that we took on board.

I think you can say that as music lovers first and foremost, we listen to good music as opposed to bad or manufactured music. This list would also include bands like, XTC, Radiohead, The Doors, New Order and Coldplay, The list is really quite endless.

[Pete Trewavas] When Steve joined us there was a subtle change from being a band with a very strong front man, which made people think we were just the backing band, to being much more of a whole with a complete unity. This was also felt socially as well as musically. Although Steve writes all the lyrics, the rest of us are happy with this situation. We feel much more as if the topics and therefore the songs belong to all of us somehow. We have always written about injustices and tried to offer a point of debate with our subject matter, this has over the years changed to incorporate more world humanitarian issues.

Audioholics: There's been a dramatic shift in the style and sound of Marillion during the past few albums. Where does the band see their music going?

[ Steve Rothery] We're always most concerned with keeping the music fresh and interesting. We don't decide on a direction when we write, we just follow where inspiration takes us.

Audioholics: Does the band intend to impart, go back to some of their earlier stylistic melodies?

[Steve Rothery] I think we still have that in our music, maybe it's not quite as obvious.

Why doesn't the CD Marbles come as a two disc set in Northern America since it does in Europe ? [question from our forum member Supervij]

[ Steve Hogarth ] It's world-wide distributors saying retailers don't want sell double albums because of the price hike involved. They don't sell as well as single CD's. Thus the retailers preferred a single CD version. We do however make available our entire CD collection, including the double set version of Marbles direct from our website www.marillion.com . You can order using a credit card and we ship within a few days.

I am curious about how Steve felt when he joined the band, about singing songs from the Fish era. Was it daunting to him, or was it just another song to him, or did he see it as an opportunity to put his stamp on it, or what? And how does he feel now about singing those old Fish-era songs? [question from our forum member Supervij]

[ Steve Hogarth ] I was initially reserved about even exploring joining the band because I didn't feel like I was the right guy for the job. I assumed that they would want someone to replace Fish, and knew I wasn't able to do that. The band literally had to pester me to do the initial rehearsal so I decided to give it a try. The band heard my past works and liked my voice, lyrics, etc, and wanted me to carry it over to Marillion. I originally thought they wanted to preserve the same sound, style, and was relieved to hear they didn't. I was happy they wanted me to be myself. You can't be given a better brief than that! This enabled me to remain honest and true to myself, especially since we weren't looking back at being something the band had already been. Instead, we moved forward as sort of an experiment to see what would happen. When we came to rehearse for our first tour together, we had to play back-catalogue due to the scarcity of new material, and the band allowed me to decide which Fish songs I wanted to sing. I chose them on the criterion of what I felt comfortable singing; I had to mean it, understand it, feel it, and respect each song. The songs I chose I felt I could completely relate to emotionally which enabled me to sing as though I had written them. It wasn't and never would be how Fish would have done it as I am incapable of doing so, and it wouldn't be real to me.

I did wonder when playing live how the audience would treat me. However all I could do was go on stage and give 100% honesty and modesty with my performance. I was helped enormously by the fact that the band showed me complete faith and support.

Audioholics: Does Fish still maintain communications with the band?

[Ian Mosley] Yes. I was after all his Best man at his wedding. We speak at least twice a year.

Audioholics: How has the band matured together since Season's End?

[Ian Mosley] It took until our third album with Steve Hogarth (Brave) to become a tight unit all pulling in the same direction. The same thing happened with the original line up and it took until our 3rd album (Misplaced Childhood) to grow together. The older we get the less chance there is of us splitting up!

Comments from Steve Hogarth from our phone interview about Marillion

Everything Marillion writes is honest; a direct reflection of where we are at this time as well as the current state of the world socially and politically. Marillion is about expressing the emotions of each band member and not attempting to repeat what we did on past albums. Instead, we wish to keep the music alive, original and moving "forward". By "forward" I guess I mean "into the unknown".

After the release of their 1997 "Strange Engine" recording the band set their tour dates. At that time, they realized that a tour of the States would set them up for too big of a financial loss and were therefore unable to include a US tour in their schedule. This news troubled most of Marillion's loyal fan base enough that some decided to embark on their own initiative that would afford Marillion an opportunity to come to America. Jeff Pelettier was one such loyal subject who knew that the only way Marillion could tour the States was to have enough contributions from their fans to offset the band's potential losses. Jeff Woods added to this directive by opening a bank account set aside for donations. The two then appealed to Marillion fans via the Internet to contribute to the cause and, in a matter of weeks, the Marillion US tour contribution fund grew to over $60,000. Steve H tells us that this amazing effort by their fans was something that Marillion would never forget and how the Internet caused the Band to rethink the way they market Marillion. This also influenced the bands decision to not sign on another record deal but instead to go completely independent. The idea carried further when the band decided to add to their website a storefront where they could ask their fans to buy their next upcoming CDs before their release (many thousands being purchased before recording had even commenced!). Once again, the loyal Marillion fans did not let the band down and the release of Marillion's next several albums were 100% funded by their fans. Marillion honored those who ordered up-front by adding their names to the inside CD cover as well as sending them special copies of the CD that included additional songs and/or mixes. Today all of Marillion's CDs, DVDs and memorabilia can be purchased on line at www.Marillion.com .

Audioholics: Brave, Strange Engine, wow! What inspired each of these albums and will we see more conceptual style albums like these from Marillion in the future? 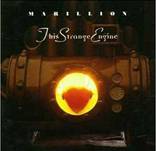 [Steve Rothery] Brave was inspired by the true story of a girl found wandering on the Severn Bridge between England and Wales. She seemed to have lost her memory and Brave is a fictitious story based around what might have happened to her in her life to lead her there. This Strange Engine was originally a poem Steve Hogarth wrote about his childhood and his father. Concept albums or tracks for us just happen; they're not a deliberate decision.

Comments from Steve Hogarth from our phone interview about Marillion

As H pointed out during our discussion, Marillion songs are about real world life and the experiences of the band and their members and/or political and social events. Strange Engine is a testimony of Steve Hogarth which started as an autobiographical poem he wrote about his life and his father. He says that " concept albums or tracks for us just happen; we're actually just as likely to write a pop song, although we can rarely say what we want to say in three-minutes." 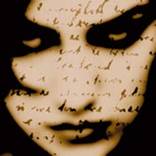 Back in the mid-eighties, Steve ("H") heard an appeal on behalf of the police on a local radio broadcast about a teen-aged red-haired girl found wandering alone on a suspension bridge in England. When she was found, she was either incapable of, or decided not to, communicate with anyone who questioned her. After a while, the police took the decision to make an appeal on radio to see if anyone could identify her. Eventually, the girl was reclaimed by her family and taken back home. H made a note of this and kept it aside for many years until Marillion began working on what would later become their Brave Album. The Band had written two songs Living with the Big Lie and Runaway when he was reminded of the girl on the bridge and the shape of the album began to happen in his mind. ' Big Lie is a song about how people seem to get used to things to the point of being totally desensitized and Runaway catalogues the plight of a young girl attempting to escape a dysfunctional home. H told the story to the band and suggested how the songs could tie together in a fictitious tale of a life that has undergone problems and horrors such as sexual abuse (an increasingly reported theme in the media at the time) isolation, drug addiction and breakdown, to the point of considering/attempting suicide, and thus was the onset of one of Marillion's deepest emotional 75-minute epic titled, "Brave."