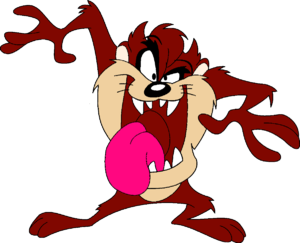 As many of us have noticed over the past ten years or so, CD recording quality appears to be going on a downhill trend. Remarks are commonly made by consumers and professionals that many earlier recordings on CD sound better than much of the newer material. Are these the limitations of the present format? Of course there are exceptions to the above and some of the newer recordings are stunningly good, but one might guess that if the recording technology is supposedly getting better, why aren't the bulk of newer recordings getting better?

One of the major problems that have cropped up in many of the pop music releases in the past 5 to 6 years is level control. I have painfully listened to my step kids CDs and heard the shrilling sounds they conveyed. I wasn't surprised when I hooked up the CD player's analog outputs to my oscilloscope and observed levels so high that they were clipping on a consistent basis. One normally thinks of clipping as a power amplifier problem, yet clipping in the digital domain can be just as bad. But before we go further let us define a basic explanation of what digital clipping is and how it relates to audio applications.

We know that if we overdrive an amplifier the amplifier will limit the signal and we typically see a flattened peak at the output. This is called clipping, and thus results in gross distortion. When we try to drive a CD player past the 0db full-scale point, two things can happen. The CD player will go into clipping just like an amplifier or some players (due to their digital filter/converter structure) can have a little more headroom above 0db full scale. If we drive them a little harder they will go into clipping also. CD players differ in one major respect from amplifiers. At 0 db full scale the player is at its lowest distortion; anything above that whether it is clipped or not results in gross distortion. The author knows of no CD player that can exceed 0 db full scale without gross distortion. If that's the case why are we seeing this happen on a great majority of recently released CD's?

It's a deliberate act on the part of the producers, and sometimes the musicians, who are trying to put forth the meanest and baddest recording they can make. Consumers who demand loud in-your-face recordings also drive some of this. The louder and more distorted they can make it, the more they like it. I suppose this has an appeal to a certain genre or age group, but certainly not all of us audiophiles enjoy this.

Now that we are beginning to understand that what we are hearing is a deliberate violation of generally accepted practices from the past 100 years or so, we can move on to compression. This is a technique commonly used in not only recording but in Radio Broadcasting as well. In simple terms compression is defined as bringing up the lower level signals while generally, but not always, maintaining the higher amplitude signals at their present levels. This is not a new technique by any means and if properly applied it can help a recording sound better. When this technique is deliberately abused we end up with what is commonly known as hyper compression. In the good old days, a typical pop recording had an approximate 20-db peak to average ratio, with hyper compression we now have recordings that have only a 6-db peak to average. Keep in mind here that really good recordings of acoustic sources can have a 60-db dynamic range, and a well-designed outboard DAC's can have a 96 db dynamic range for 16 bits, while uncompressed pop recordings can exhibit a dynamic range of approximately 30 db, not including fades. When this hyper compression is combined with digital clipping you get the gross distortion from the constant digital clipping and the loudness, from the hyper compression with it.

Both of these techniques, or more properly described as abuses are typically combined on many new releases. No wonder why many audiophiles and music lovers are so repulsed by it. For those of us who have some well-recorded CD's in our collections, scratch your head no longer. What's really going on here is a gross abuse of a good medium. The author wonders that if the present trends continue, will we have a generation of children who are totally unfamiliar with reasonably undistorted music?

The following are quotes from the AES Journal, September 2000. The article the quotes come from is titled "Integrated Approach to Metering , Monitoring, and Level Practices."

"The average level of popular music CD's continues to rise. Popular CD's with this problem are becoming increasingly prevalent, coexisting with discs that have a beautiful dynamic range and impact, but whose loudness (and distortion level) are far lower. What good is a 24 bit 96-kHz digital audio system if the programs we create only have a 1 bit dynamic range?"

"By 1997 some music clients were complaining that their reference CD's were not "hot enough" a tragic testimony on the loudness race, which is slowly destroying the industry." Each client wants his or her CD to be as loud as or louder than the previous "winner", but every winner is really a loser. Fueling that race are powerful digital compressors and limiters, which enable mastering engineers to produce CD's whose average level is almost the same as the peak level. There is no precedent for that in over 100 years of recording. We end up mastering to the lowest common denominator ."

"The psycho acoustic problem is that when two identical programs are presented at slightly differing loudness, the louder of the two often appears "better" in short term listening. This explains why CD loudness levels have been creeping up until the sound quality is so bad that everyone can perceive it. Remember that the loudness "race" has always been an artificial one, since consumers adjust their volume control to each record anyway."

"Consumers find that their volume controls at the bottom of their travel, where a small movement produces awkward level changes."

This oscilloscope photo was taken from a recent Jennifer Lopez Pop CD release . The author has found this to be typical of many new pop music releases: