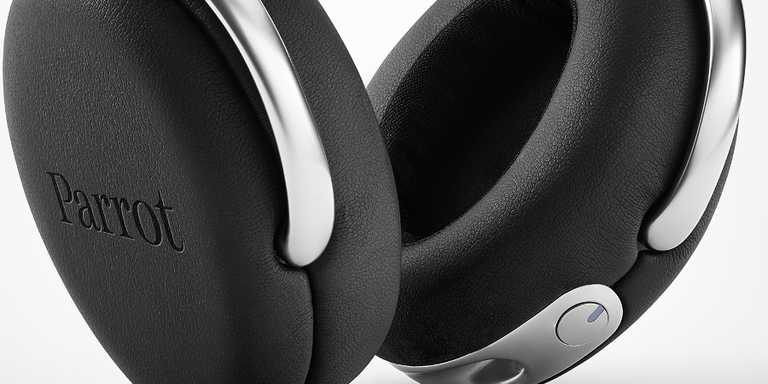 The Parrot Zik has been touted as the mos t technologically-advanced wireless headphones on the market.  A recent redesign brings many improvements to an already impressive piece of hardware.  Weight drops from 325 grams to 270.  The number of integrated microphones jumps from five to eight.  Active noise cancellation is reworked from analog to adaptive.  DSP presets are now applied per song, per album, per artist, and globally.  With all this geeky engineering involved, has sound quality given way to feature creep and novelty?

A couple of months ago I was able to snipe a pair of first generation Parrot Zik headphones on eBay.  They’ve been thoroughly reviewed on many websites, earning a mix of both praise and criticism.  Overall, the general consensus was that they were some of the finest Bluetooth headphones available.  I was quite excited to acquire a pair at well less than half their retail price.

Unfortunately, upon receipt, I discovered that they were loaded with crippled point-of-sale demo firmware, missing much of their expected functionality.  They would not accept the consumer firmware, so I contacted Parrot’s support staff via email.  After a little troubleshooting, Parrot granted me a return merchandise authorization, and I shipped the headphones to their warranty service center.

Parrot’s tech support staff have shown outstanding generosity and patience.  There aren’t many companies who would offer warranty service on used gear from an unauthorized reseller.  Kudos, Parrot! id not end there, though.  After a month of patient waiting, I received a pair of Zik 2.0 headphones under warranty replacement.  The unit I shipped them was woefully incomplete – a pair of headphones with battery and cover, without any cables, manual, or original packaging.  What I received in return was a sealed, new-in-box kit with all accessories.  How cool is that?  I wouldn’t expect this to be par for the course for all their customers, though, as I did offer to write a thorough review in return.

The included TRRS 3.5mm headphone cable and micro USB cable are quite nice, each sporting a woven sleeve and aluminum connector housings.  The screen-printed drawstring bag feels like a pair of pajama pants.  The user guide has tiny writing, but at least it’s available as a PDF that can be zoomed in.