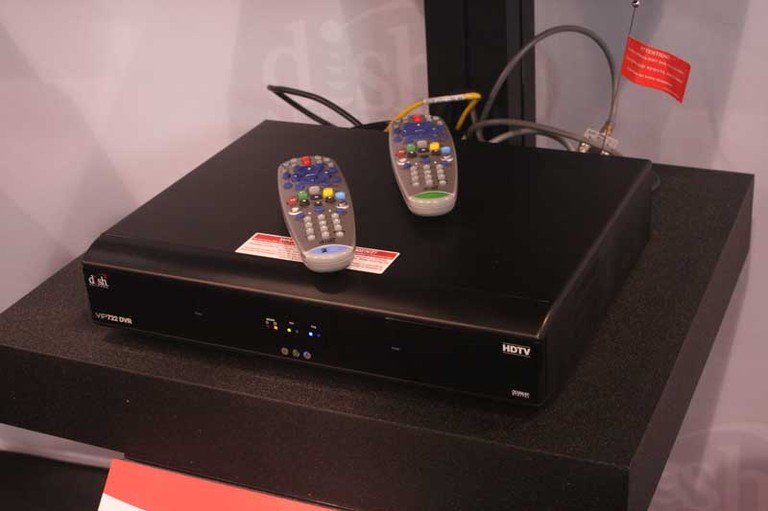 The slightly updated Dish Network ViP722 HD-DVR was on hand for our viewing pleasure and we noted that the primary improvement was in the storage department. The new ViP722 is MPEG-4 (and MPEG-2) compatible and stores around 55 hours of 1080i or 720p HD video and a whopping 350 hours of standard definition programming. That's like 16 seasons of House! They added the ability to add a second USB-connected Hard drive externally for almost unlimited storage. For users who really like to archive, this means you could theoretically buy cheap drives and swap them out as you go... You can output video to a second television using the new system provided one is HD and the other is not (only one SD and one HD output are capable of having discrete tuning capability.) DishHOME Interactive TV support means that you can access games, shopping, news, weather and account info. It is also compatible with DishONLINE, allowing users to active Internet-based content.

Quick Features at a Glance