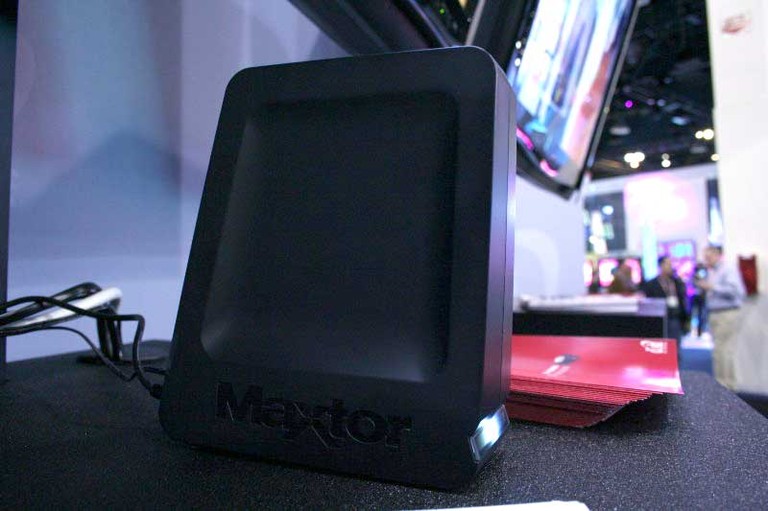 We got a sneak peek at the as-yet-unnamed DVR converter system that Dish plans on rolling out later this year. While they didn't have a lot of information on the product, the system is essentially a device which transforms any non-DVR product into a DVR system. It was contained in a Maxtor-branded external enclosure which, when paired with a Dish receiver, enables digital video recording of program material. It will allow all of the DishDVR features, including 30-second skip fast forward and reverse. It will of course, record and play back shows form the program guide - but a bonus feature is that it extends 2-day program guide systems to 9-days.

For those consumers who opted to purchase a standard set top converter and are missing out on all the DVR functionality this is a potential boon. It's also nice to see that the system take into account a need for lengthier program guide functionality in order to make the system practical. Consumers are big on updates and purchasing a DVR from scratch is not always the most fiscally practical way to go. It's nice to see Dish Network partner up with Maxtor to make this convenient product for consumers.

The external (Maxtor-branded at the show) hard drive will allow increased storage but Dish didn't tell us if they were going to have it be scalable or simply fix it at 160GB or more.