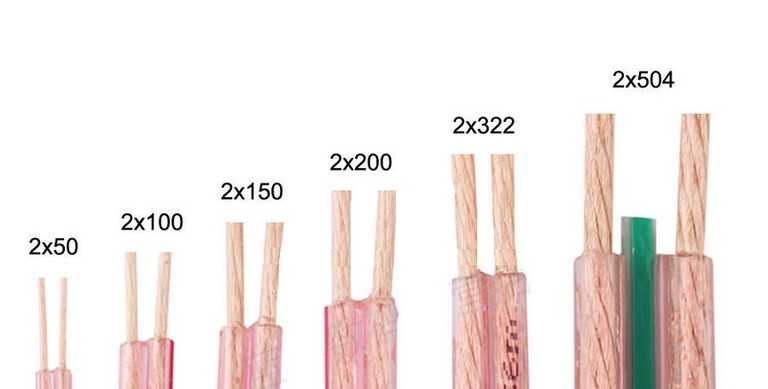 It's been a while since Dr. A answered a reader question so we pulled him away from his 4 month karaoke binge and tossed a new question at him. Seems like Dr. A has an addictive personality so we'll need to keep him a bit more occupied in the future for his own good. This question, from philophobos via our forums, has to do with speaker cable gauge, but we expanded it a bit in our answer to address some other related situations.

philophobos: Does anyone know what happens if one uses different gauges for the speakers? Like 18 gauge for the front speakers and 16 for the rear ones?

I'll address your specific question, but first let's hit some basics for others reading this question. The general idea is that you should always try to stick with a good gauge of wire - typically 16 gauge or higher is best. Now when we say "higher" realize that we really mean "lower". Er, let me explain...

Your particular question seems to center around consistency, but at it's heart there is an underlying question of what happens to the audio as it travels through these cables? Consistency only comes into play once you exceed a particular distance. We could do the math, but let's just give you some basic, conservative guidelines to follow instead:

I tend to run 10-12 gauge everywhere just for fun since in the scheme of things it doesn't seem to cost all that much more. If, however, you are wiring up a whole house I see no reason to spend the extra money if your longest distances from the amplifier to the speakers are less than 100 feet. Stick with 12- or 14-gauge unless you're really concerned with eeking out the absolute best performance.

What happens when you exceed these distances? Power loss and reduced damping factor to the speaker (the ratio of the rated speaker impedance to the output impedance of the amplifier) occurs over the distance of the cable. This means reduced sound quality. To put it bluntly, a thinner gauge wire over an extended length will introduce its own significant amount of impedance (50 feet of 24 AWG wire calculates to be 2.62 ohms, for example). When you're dealing with an 8-ohm speaker, thats roughly 2.5dB of insertion loss!  You can see how this added impedance can dramatically affect the sound.

If you're in a typical theater room you'd have to have a very thin gauge of speaker wire for your surrounds (like 20-gauge) before you were able to tell the difference audibly in most cases - and even then you'd have to listen critically and compare the same source to the fronts. Add to this the fact that most people have different speakers for surrounds than they do for the fronts... Add to that room acoustics... Add to that the expected amount of use the surrounds get and the differing program material they receive than the fronts... and it becomes even more of a non-critical issue.

In your example I would doubt very much that there would be any audible difference between 18- and 16-gauge unless your surrounds utilized cable lengths of more than 30-40 feet. There would most certainly be a measurable difference - but that's not always as important.

I hope this helps - now for some more karaoke!

Read the Complete Thread
Ampdog posts on June 22, 2013 16:20
Over the decades I have gathered that this business of cable differences sometimes loses touch with reality. We use (subjective) hearing tests and adjectives, often neglecting using figures to get things in context. Even then ….

In his post #7 Mr Della Salla finds a difference of fourfold between two wire gauges - serious! (not that he said so). It was found that in the specific case the cable loss was 0,07db for one and 0,28dB for the other. Both are inaudible. Even if much higher - can one not simply adjust the volume a smidgen higher??

The only other issue is the effect on loudspeaker damping. Not to digress, but ever since the classic but ill-conceived definition of damping factor as loudspeaker impedance/source resistance came into being, the misconception started. That “damping factor” has little if any bearing on loudspeaker performance.

My respects to those hearing otherwise; there are an equal number of people not hearing the same, and they are not all simply deaf. I have read many technical articles endeavouring to prove the case for “special” cables scientifically; not one of them could succeed in that for audio. (Nobody is trying to make a case for bell wire; it is about the many tens/hundreds of $ for a cable.)
jneutron posts on May 10, 2013 14:26

BlovePhD, post: 965257
Folks, AC current ,which make up audio sound travel on both the outside and inside of a wire. DC current does not; the current only travels on the outside.

No. That is incorrect.

slipperybidness, post: 965258
I do believe you are mistaken on this.

I do believe you are correct…

Irvrobinson, post: 965264
It never ceases to amaze me that we still have to discuss speaker cable gauge…

The only exception that I know of is Monster Cable, as they've always said their magic cables are AWG equivalent ones, such as XYZ model is the same as 14 AWG though and AFAIK, they still do…
majorloser posts on April 24, 2013 12:58

Hopefully he's a proctologist. We can always use one of them around here.
Post Reply