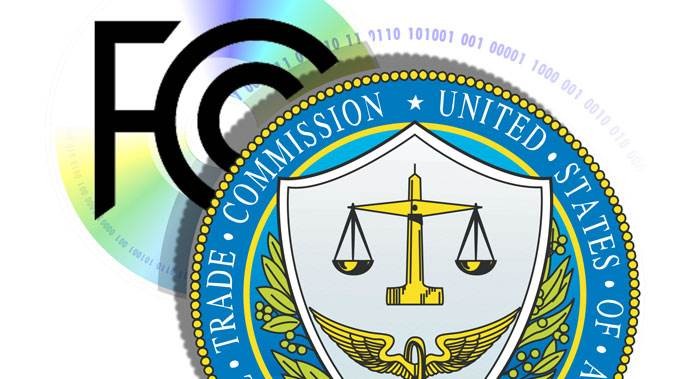 Earlier this week, President Donald Trump signed a repeal of FCC privacy regulations intended to protect Internet users. Given the unwieldy name, “Protecting the Privacy of Customers of Broadband and Other Telecommunications Services”, the new FCC rule would have required ISPs and telecoms to seek customer permission in the form of an opt-in, before they could sell customer Internet data to advertisers.But Trump’s new ruling makes telecom opt-ins unnecessary, meaning that potentially everything from your browsing history and app usage to geolocation information could become a product your ISP can sell on the open market.Before we get carried away with outrage over this repeal, there is another longstanding regulation in place intended to protect your network data - Section 222 of Title 47 of the U.S. Code. It makes it illegal for anyone to sell your entire browser history along with your identity. But with Trump’s repeal of the FCC rule, the body required to enforce regulations on ISPs may have just been declawed. What it really means for American telecom customers is that your ISP will no longer have any barriers to get into the kind of digital advertising action that has made Facebook and Google so successful.

Digital advertising is an industry built around anonymous user IDs and browser sessions, not names and identities. When your browser shows you a “special offer” from a website you recently visited, it’s not you per-se that they’re advertising to - it’s simply an anonymous snip of code associated with your browser. You opted in to be advertised to when you signed up for “free” online services like those of Google or Facebook.Advertising is the business behind the search engines and social media we take for granted. It’s a truism of Internet services: If you’re not the customer, you’re the product. And indeed, when we spend time giving Facebook information about ourselves, we’re just making it smarter at advertising to us - a trade most of us are willing to make as long as it never gets too intrusive.The White House has defended its decision to revoke online privacy by calling it a victory for the open market and creating a level playing field for telecoms and broadband services. Trump-appointed FCC Chairman Ajit Pai said:

“President Trump and Congress have appropriately invalidated one part of the Obama-era plan for regulating the Internet. Those flawed privacy rules, which never went into effect, were designed to benefit one group of favored companies, not online consumers.”

Pai’s quote is a brazen example of a politician dishonestly cherry-picking random details to evoke a feeling rather than fact. The FCC chair is saying that the privacy protection rule they’re rolling back was not designed to protect online consumers at all and by repealing it they’re leveling a free market playing field so that the ISPs can get into a market they’ve long been locked out of due to privacy restrictions. Believing Comcast and AT&T need privacy regulations rolled back so they can get into the advertising business is shockingly inappropriate! It’s like dressing-room security cameras complaining they’ve been unfairly locked out of the portrait industry.The crucial difference between your ISP and the tech companies that presently have the upper-hand in digital advertising is that the latter only has a successful advertising model because they already succeeded in other competitive areas. Google provides a free search engine and other tools. Facebook is a free social media channel - the tradeoff is exposure to the ads of Google and Facebook’s real customers, online marketers. But you actually pay your ISP a monthly fee to provide you with fast Internet, hence you already are the customer. But the government is allowing your ISP to simultaneously make you a product.If ISPs decide to use your data for online advertising without your permission, it’s not only a breach of trust to you, the customer - it’s a gigantic unfair advantage for ISPs that lets them compete in digital advertising completely opt-in free, with their own captive audience.  Internet services like Facebook and Google got your opt-in by creating innovative online services that you found indispensable. You can leave Google or Facebook anytime with no penalty. Not so with your ISP, as many telecoms have terms and require you to pay penalties to leave and go to another service.Allowing ISPs to sell your data is completely out of touch with business on the Internet. It’s the very opposite of the "level playing field" Pai claims he is creating. This repeal potentially hands ISPs a crushing advantage over software companies who had to figure out how to win your opt-in with great services.

Washington’s disconnect with technology continued, as Ajit Pai went on to cloak the truth that his administration is indeed stripping consumers of privacy online:

“American consumers' privacy deserves to be protected regardless of who handles their personal information. In order to deliver that consistent and comprehensive protection, the Federal Communications Commission will be working with the Federal Trade Commission to restore the FTC's authority to police Internet service providers' privacy practices. We need to put America's most experienced and expert privacy cop back on the beat. And we need to end the uncertainty and confusion that was created in 2015 when the FCC intruded in this space."

But broadband Internet services is the FCC’s responsibility - not the FTC’s! FTC lacks the authority to enforce consumer privacy protection guidelines against Internet providers because ISPs fall under the FCC.Pai is obfuscating the fact that this is a privacy defeat for Americans cloaked in language that makes it appear that the FTC suddenly has these tough new legislative powers to protect consumer privacy. It was the FCC that re-classified the Internet as a public utility in order to give us net neutrality back in 2015. And it is the FCC, not the FTC, that presides over ISP practices.It takes a special kind of bold for the FCC chairman to deliver sound-bites like:

...“American consumers' privacy deserves to be protected regardless of who handles their personal information”...

as an explanation for actually doing the very opposite.

But to be fair, of the present-day ISPs such as Comcast, AT&T and Verizon, so far none are known to have ever sold customer data to advertisers, even without an FCC privacy regulation. But in this era of revitalized deregulation - how long will it be before the worst-case scenario becomes common practice? Now that cable companies are looking for new sources of revenue to make up for what is lost by widespread cord-cutting and the decline of network TV, it could be sooner than we think.Politicians who voted for the repeal express a lack of understanding of the business while dishing out tired cliches about opposing big government regulations:

“These broadband privacy rules are unnecessary and are just another example of big government overreach,”

said Rep. Marsha Blackburn (R-Tenn.), who sponsored the repeal bill.But at least one politician, a Democrat who voted against the repeal, seems to have some insight into the importance of seeing the FCC do its stated job of: “...implementing and enforcing America’s communications law and regulations.”

“Broadband providers are in the unique position of seeing everything we do on the Internet,”

“Consumers don’t pay to use search engines or social media applications…. If they don’t like Google’s privacy policy they can switch over to Bing without paying any fees,” she said. “But consumers can’t do that with Internet service providers.”

What do you think about all of this?  Share your thoughts in the related forum thread below.

BoredSysAdmin, post: 1183294, member: 28046
Your isp could track your fully encrypted traffic to your VPN provider, but this would be useless as your isp will only see high grade encryption which is useless for them. Any unencrypted traffic will be flowing before your vpn and rest of Internet. Any tagged packets will be discarded by vpn as considered corrupted.

I just puked a bit after reading the top result of google search you've linked to:
http://www.americanthinker.com/blog/2017/02/fec_commissioner_who_fought_to_regulate_political_speech_on_internet_resigns.html
Particularly this last part:

While campaigning, the president made it clear he thinks money from big donors is not good for the electoral process. He didn't come out and say he supports campaign finance reform, but it is likely he would take a far more favorable view of at least some regulation of big contributions than a traditional Republican.

Here's another view to why actually Ann Ravel decided to resign the FEC.
https://www.techdirt.com/articles/20170223/14592436781/federal-election-commission-member-quits-says-agency-refuses-to-address-campaign-finance-violations.shtml

As for filtering political speech on social media - I think we should be very careful here.
One thing is some people sharpen their keyboard ninjas mad skillz (ie - yours truly) using forums or other similar “water coolers” and it's absolutely clear that postings are a nothing more than a personal opinions.
On the other hand facebook wall “news” made to look like real articles, absolutely meant to confuse, dissuade or in any other way affect potential voters.
See definition of fake news, clearly defined by Don Lemon earlier.

“ it” is easy , the previous member of the board has been talking about regulating political speech on the net. This issue has been going on since 2013. I'm not here to debate the FACT that she has stated on numerous occasions. I certainly don't want to argue about the factual statements she made about it. I'm not talking about the science is settled crap that gets regurgitated as a truth, but her actual comments. It's not hard for any partisian to understand. So correct it again, it doesn't change the FACT that she said it. I'm libertarian that leans right, doesn't mean I'm not smart enough to understand what I read and verify it. Just like Shady commented on the linked article being far right or unreliable news, when it's true it's true that's all. The mob mentality is as bad as fake news. FWIW it's my last post in this thread that is a debauchery. I pray for my daughter to not get into the political BS
BoredSysAdmin posts on April 18, 2017 19:48

wiyosaya, post: 1183181, member: 36940
Not trying to argue, but if you select some respectful country and your destination is then back in the US, how does that play out especially if your origin ISP has injected a supercookie into your originating packets? All the data in the VPN stream will be encrypted, true. However, there are data packets that have to surround the data stream and there is where supercookies could and would be injected. Without the packets that surround the stream, no data would flow across the internet at all. You have to go through your ISP in the first place to get to the VPN. There is no way around that. Far fetched, perhaps, but some marketing director somewhere might request this sort of tracking for business reasons. There is nothing technically stopping it.

I completely agree with you in all respects, and this article has done the best that I have seen at giving reasons why this should never have passed.

Your isp could track your fully encrypted traffic to your VPN provider, but this would be useless as your isp will only see high grade encryption which is useless for them. Any unencrypted traffic will be flowing before your vpn and rest of Internet. Any tagged packets will be discarded by vpn as considered corrupted.
Post Reply