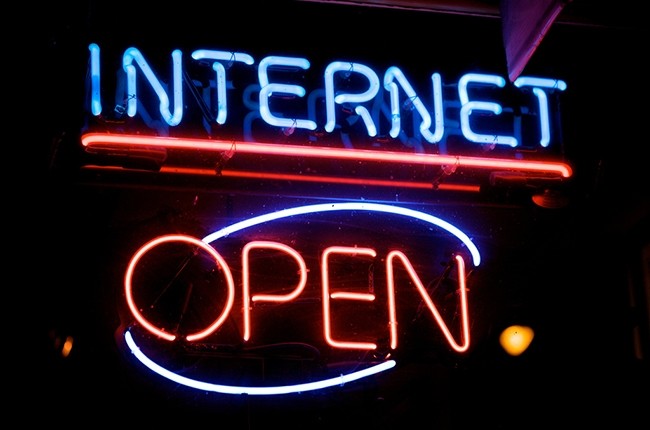 In a vote that has net neutrality activists cheering, the Federal Communications Commission has reclassified the Internet as a public utility. This means Internet services will now fall under FCC regulation giving it the power to exercise a series of rules intended to enforce net neutrality. The move gives the FCC the power to back up its previously toothless 2005 net neutrality policy statement.

Just in case you’ve been living offline for the last ten years net neutrality is a government-enforced set of rules intended to prevent a two-tiered Internet.

Meanwhile content providers who do not pay the proposed premiums would languish behind a slower Internet connections. A two-tiered Internet would doom the democratization of information and kill future innovations that rely on Internet technology because individuals, small companies and start-ups would be marginalized while bigger companies would rule the web.

Was a Two-Tiered Internet on the Horizon?

The answer is not only yes, but it had already begun.

Cable companies love to tell us that net neutrality is what we already had  — NOT true. In fact the large communications companies had already begun chipping away at an otherwise neutral Internet with the practice of throttling. And it's no secret that the powerful lobby of the communications industry is behind many states efforts to ban municipalities from building public fiber-optic networks intended to compete with local cable providers.

If there’s any doubt that broadband giants like Comcast would ever tamper with customer's Internet speeds to kill services it doesn’t like – consider that Comcast and Verizon have both sued the FCC after the agency ordered them to cease the practice of throttling.

Example: In 2008 the FCC, citing its 2005 policy statement, ordered Comcast to stop the practice of throttling or reducing download speeds of subscribers it believed were using bit-torrents and peer file sharing. Comcast complied but in 2010 it sued the FCC for operating outside its authority and Comcast won setting a dark precedent for net neutrality.

The FCC’s net neutrality-supporting policy statement turned out to be nothing more than a statement devoid of any power to back it up. It simply said that the FCC supports protecting consumer access to the Internet and competition among service providers.

Now, with a 3-2 win that reclassifies Internet as a public utility under Title II of the Communications Act of 1934, the FCC now has the power to backup its net neutrality policy statement and enforce strict rules around net neutrality. Points on New Internet Powers of the FCC:

But an FCC-regulated Internet is not without its detractors.

Two Republican FCC commissioners voted against reclassification; Ajit Pai and Michael O’Rielly. Both men criticized what they considered a veil of secrecy around the FCC plans.

The Republican commissioners wanted to delay Thursday’s vote by at least 30-days so the FCC’s 332-page net neutrality plan could be released to the public and the American people who could openly debate its merits and provide feedback before the FCC vote.

So, this is the source of many of the initial rumors after the vote that Obama was trying to take over the Internet (such as Senator Mike Lee R-Utah).

Pai and O’Rielly’s method of handling the FCC’s vote to reclassify the Internet would have looked something like this:

The fantasy: Grass-roots discourse that includes American citizens, having read the FCC net neutrality document, in open debate with policy-makers over a proposed 30-day period prior to the vote.

The reality: Cable industry legal teams working around the clock to find loopholes intended to mire the plan in courts through 2016.

FCC Chairman Tom Wheeler (Obama’s appointee) had publicly released a summary of the proposal earlier this month but not the entire document. Wheeler says the proposal is already filled with public input that includes almost four million public comments. Anti-net neutrality sentiment in the White House is understandable considering the power Comcast wields. The communications giant has the second largest lobby force in Washington D.C. behind only defense contractor Northrop Grumman.

So, to go straight to the source of the arguments against the FCC net neutrality plan we look to none other than the National Cable and Telecommunications Association (NCTA) which is the public-facing voice of the cable industry.

The very kernel of the Republican opposition to the net neutrality plan was voiced by former Republican FCC Chairman and NCTA President and CEO, Michael Powell.

“…bear the burden of new taxes and increased costs, and they will likely wait longer for faster and more innovative networks since investment will slow in the face of bureaucratic oversight.”

Cable industry talking points for opposition to net neutrality can be distilled into two main categories.

2.       You’re going to get crappy Internet now due to disincentive to invest in infrastructure

Fear of taxes is a standard tool in the Republican utility belt. But since a new tax isn’t even part of the net neutrality plan this is just at best a slippery slope argument, an attempt to bring in hypothetical red herrings into a debate.

Does anyone really believe the government needed Title II reclassification to tax the Internet?

What’s really keeping the Internet from being taxed today is the Internet Tax Freedom Act which bans taxes on Internet access. But that bill expires in October 2015. It will be interesting to see how this plays out in Congress, which should renew the legislation. But, it is believed states could push Congress for a state-level tax on Internet services now that it has been deemed a vital public utility.

It will be interesting to see which party votes against renewing the bill.

The more damning argument made by the cable industry against net neutrality is that the government is hurting profit-based incentives to invest in network infrastructure. It’s a good point because over-regulation has been a classic scenario throughout history.

Why would Comcast or Verizon invest in innovative new ways to provide ever-faster wireless digital networks if (hypothetically speaking) the FCC were to exert its ability to set a cap on the price of the service? Profit motive is removed along with innovation.

But the industry has been effectively free from the yoke of FCC regulations since its inception. This means America’s Internet should be among the fastest and most reliable in the world because most countries have some form of government regulation over Internet services.

So, what does the track record of American Internet innovation look like?

The Net Index provides a listing of average Internet speeds ranked by nation. The US is (at the time of writing) ranked number 27 behind countries like Hungary and Moldova.

It was Mr. Powell himself who declared cable Internet services are “not subject to common carrier regulation” in 2002 when he chaired the FCC under George W. Bush. There has been plenty of time for an unregulated, purely market-driven Internet services industry to develop the world’s most innovative Internet access – but it has not.

In fact, because of policies that squelch competition (due in large part to the powerful lobby of the communications industry) nearly 30% of US homes only have one choice in broadband Internet service provider.

The FCC reclassification of the Internet will turn out to be just one battle in what will surely be a long war over the Internet in the US. The next battle is likely destined for the courts.

It's difficult to identify with the anti-net neutrality sentiment. The cable industry and by extension today's crop of Republicans spin this as big government vs. free market. But these are the same folks who have no problem calling upon government regulation to keep out competition and maintain a virtual Internet monopoly held by Comcast and its ilk.

Even if an unregulated and eventually two-tiered Internet in the Unites States would help network infrastructure, building networks is not where the lion’s share of new businesses are going to be created. If you look at its job-growth potential alone, there are so many more industries whose growth relies on an open Internet. Without an open Internet the US will almost certainly lose an important competitive edge to the rest of the world.

That’s not to say the FCC’s present plan is perfect. But seeing the Internet as a critical service to the public interest is a step in the right direction.

What do you think about this new ruling?  Please share your opinion in our Net Neutrality forum discussion.

See also:
About the author: