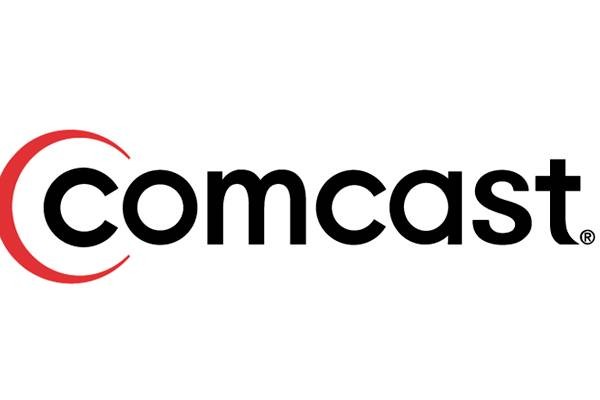 Things are heating up in the CableTV world and today Level 3 Communications, Inc. issued the following rather scathing statement, which can be attributed to Thomas Stortz, Chief Legal Officer of Level 3:

“On November 19, 2010, Comcast informed Level 3 that, for the first time, it will demand a recurring fee from Level 3 to transmit Internet online movies and other content to Comcast’s customers who request such content. By taking this action, Comcast is effectively putting up a toll booth at the borders of its broadband Internet access network, enabling it to unilaterally decide how much to charge for content which competes with its own cable TV and Xfinity delivered content. This action by Comcast threatens the open Internet and is a clear abuse of the dominant control that Comcast exerts in broadband access markets as the nation’s largest cable provider.

On November 22, after being informed by Comcast that its demand for payment was ‘take it or leave it,’ Level 3 agreed to the terms, under protest, in order to ensure customers did not experience any disruptions.

Level 3 operates one of several broadband backbone networks, which are part of the Internet and which independent providers of online content use to transmit movies, sports, games and other entertainment to consumers. When a Comcast customer requests such content, for example an online movie or game, Level 3 transmits the content to Comcast for delivery to consumers.

Level 3 believes Comcast’s current position violates the spirit and letter of the FCC’s proposed Internet Policy principles and other regulations and statutes, as well as Comcast’s previous public statements about favoring an open Internet.

While the network neutrality debate in Washington has focused on what actions a broadband access provider might take to filter, prioritize or manage content requested by its subscribers, Comcast’s decision goes well beyond this. With this action, Comcast is preventing competing content from ever being delivered to Comcast’s subscribers at all, unless Comcast’s unilaterally-determined toll is paid – even though Comcast’s subscribers requested the content. With this action, Comcast demonstrates the risk of a ‘closed’ Internet, where a retail broadband Internet access provider decides whether and how their subscribers interact with content.

It is our hope that Comcast’s senior management, for whom we have great respect, will closely consider their position on this issue and adopt an approach that will better serve Comcast and Comcast’s customers.

While Comcast’s position is regrettable, Level 3 remains open and willing to work through these issues with Comcast. However, Level 3 does not seek any ‘special deals’ or arrangements not generally available to other Internet backbone companies.

Given Comcast’s currently stated position, we are approaching regulators and policy makers and asking them to take quick action to ensure that a fair, open and innovative Internet does not become a closed network controlled by a few institutions with dominant market power that have the means, motive and opportunity to economically discriminate between favored and disfavored content.“

So it looks like some strong-arm tactics are being put into play in order to squash particular competition from sources outside of the cable network. In these cases of transmission and associated costs it's often hard to know what's what, but we'll continue to monitor it as the situation progresses. What do we (Audioholics) in particular have to say? On the surface this doesn't look to be very Comcastic!

Discuss This Article
Shiitaki posts on December 09, 2010 07:48
The land of free corporations

In a country like ours, the only real power is the dollar. If we really want to change Comcast's new business model, we have to organize a consumer strike. We can give them two weeks to check themselves, and if they don't, we cancel our subscriptions.

We will have to get as many people as we can to commit, not just sign on, but actually follow through. Corporations exist for the sole purpose of making money, as much as possible. It's the first thing you learn in economics, greed is the basis for all economic decisions. If they realize they will loose more money in lost subscribers than they gain from Level 3, we will win. If they succeed with Level 3, it will be the tip of the iceberg. At what Comcast charges for their service, they just increased the rate by 50 percent here to over 60 for entry level cable internet, the legal term is extortion.

If no one else is willing to cancel their cable subscriptions, then I guess we as consumers deserve what we are paying for. How many people are REALLY concerned about this?
kaiser_soze posts on December 06, 2010 19:59
Comcast subscribers should sue Comcast

This is an ideal opportunity for those attorneys who make gobs of money by seizing opportunities to file class action suits. When Comcast prices their service and markets it to the public, the pricing is based on the bandwidth that is made available. There is no suggestion of any limitation or restriction that is tied to the how the bandwidth is used. Level 3 will have to pass the cost on to Netflix, who will have to pass in on to the consumer. The consumer has to pay. This is the point that should be emphasized. It is the consumer, not Level 3 or Netflix, who is being forced to pay a surcharge for the bandwidth, that they are already paying for, because they want to use it to download movies from Netflix. This is wrong, wrong, wrong. Comcast and their lawyers will try to get away with this, but they are pulling a fast one. It is wrong, and if they are allowed to get away with it, it is a terrible precedent. I do not think that the FCC or congress will allow them to get away with this, but of course it is foolish to have much confidence in what the FCC or congress will or will not do. Consumers/subscribers need to realize that they are the ones that Comcast is screwing over, never mind that the impetus is fending off competition from Netflix. I watched a couple of so-called telecommunications legal experts on MSNBC (or was it CNBC?) trying to say that this makes sense because Comcast sells bandwidth and this represents a use of bandwidth. But these bozos are as wrong as they could possibly be. Didn't they stop to think that the consumer is paying for bandwidth with no conditions on how it is used? Didn't they stop to think that the logical extension of their argument is that local Internet providers will be permitted to charge a fee to any person or company who transmits data per request to any remote user who is not using the same Internet provider? This is ludicrous. If you connect to the Internet via, say, Qwest, and someone located in a different part of the country and using Comcast requests you to send them a bunch of data, and you comply thinking that your connection and bandwidth is paid for through your provider and that it is the recipient's responsibility to pay Comcast, but then Comcast says that because you are the source of the data that you have to pay them as well, does this make sense to you? Of course it does not make sense. It does not make a whit of sense. It is preposterous. Let us hope that the FCC and/or congress has sense enough to realize the implications of what Comcast is trying to get away with here and puts an end to this nonsense before the idea gets any further than it already has.
sholling posts on December 01, 2010 15:56

Exactly! The $ISPs$ will pay for the right to double dip (rip off customers), the record labels will pay congress critters to limit customer's internet access to authorized shopping destinations. Political ideologs want to block “politically incorrect” (or politically inconvenient) content. And the congressional church lady caucus will want to use net neutrality laws to ban sex, gamboling, and anything fun from the web.
mtrycrafts posts on December 01, 2010 14:32

Monopolies are the plague of the average consumer but our hands off approach by government over the last decade has been a complete failure.

The rich get richer and the tax payer picks up the bill.

You mean you don't want corporations running this country?
Post Reply
About the author: