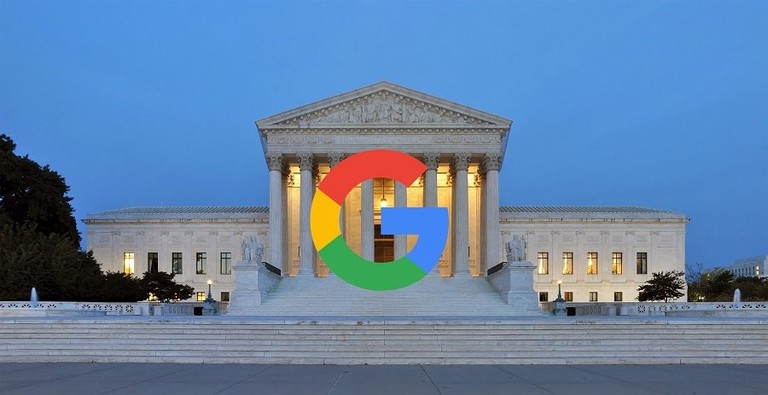 A tragic 2015 ISIS terror attack in Paris, France led to a lawsuit now facing the Supreme Court of the United States. A judgment could change how we use the Internet forever as the case of Gonzales V Google hinges upon the foundational policy CDA Section 230.

Nohemi Gonzalez was a 23-year-old California State University student and American citizen studying in Paris, France. On Friday, November 13th, 2015, Gonzalez and friends were having dinner at a cafe just as the worst European terror attack in over 11 years was underway. Separate ISIS teams perpetrated coordinated acts of violence all across the city of lights, and tragically Gonzales would be identified as one of the 129 murdered on that day. In an unlikely turn of events, the Gonzalez family filed a lawsuit against Google, the company that owns YouTube. The family claims that Google was responsible for providing organizations like ISIS with an algorithmic lift in search results and YouTube’s suggestion algorithm. The claim from the Gonzalez camp is that Google not only hosted but actively promoted:

“...hundreds of radicalizing videos inciting violence and recruiting potential supporters” aimed at “users whose characteristics indicated that they would be interested in ISIS videos.”

Law established back in 1996 called Section 230 of the Communications Decency Act (CDA) grants the video platform immunity for the content of its users. But, Gonzalez’s case against Google claims that the platform actively promoted harmful content to users through its suggestion algorithm. YouTube suggestions are discovered by its autoplay next video feature and the default start screen. It’s estimated that suggestions account for 70% of the platform’s total views. YouTube’s suggestion algorithm is generated by Google’s mountains of behavioral data collected about each user and tailors the results to their individual interests. Litigation based on a platform's sorting and ranking methods constitutes a new twist on the Section 230 debate. A twist that the Gonzalez estate wants the opportunity to prove has never been properly adjudicated.

Section 230 is the controversial law that has become a particularly hot issue in recent years. It has divided policymakers, online editorials and opinionated rants on social media for at least a decade. But the liability of soft promotion through algorithms and potential effects of automated content sorting is not necessarily covered under existing Internet law. The Supreme Court’s decision should be the final word on how the law views some of the fundamental mechanics behind the Internet today. It could set a precedent for how Section 230 is interpreted into the future. The case has potential to delve into dark Internet corners, such as the potentially radicalizing effect of the digital filter bubbles that form around us through our online activities and how they may skew the reality we see of the world online. But how we got to the point requires a trip to the 1990s. It was the mid-90s and while alternative rock was mainstream, the Internet was still only on the cusp of acceptance into the average American home. Dial-up 28k-per-second modems were the gadget that brought the Internet into middle-class American households that had a 'computer room'. The computer room was often a smaller, out-of-the-way spare room devoted to its beige boxes, featuring one large beige computer box, a desk and as large a beige CRT monitor as the household could afford. Every in-the-know parent at the time encouraged their children to learn computer and Internet literacy, often letting kids spend hours at a time alone in the closed-off room at the back of house. When 28k gave way to even faster new 56k modems, sending and receiving online images became faster and easier. Then, the evening news began presenting parents with new worries about what their sons or daughters may be doing in that computer room. An Internet porn moral panic was in full swing, but not without good reason. Estimates suggest that back in the 90s as much as 40% of all online content was dedicated to pornography, contrast by today where that number is down to only about 4%. In the 1990s, the Internet was not considered a child-friendly place and parents were concerned. The Clinton administration and congress mobilized as versions of a new Communications Decency Act (CDA) were drafted.

Most senators were satisfied to merely regulate the online world no differently than TV or radio. The way the CDA was written by policymakers, this new Internet technology would surely have become a minefield of restrictions and censorship. But a bi-partisan team consisting of two representatives, Ron Wyden D-OR, and Christopher Cox R-CA knew the Internet was a special case. They wanted to unlock the technology’s power of publishing and commerce without crushing its creative potential. Cox and Wyden endeavored to bring their farsighted approach to the bill by drafting clever provisions they felt ensured free speech online. CDA Section 230 armed the public and platforms with two legal tools that have been critical to the growth of the Internet we know today. C1 the shield and C2 the sword.

C1’s shield is liability protection for providers, platforms, ISPs and individuals for what others publish online. It relieves communications platforms, such as YouTube of responsibility for the defamatory or inappropriate speech of individual users. It also protects individuals from liability even in cases where the individual shares or retweets an offending statement from someone else.

C2’s sword says that any platform acting in good faith may, but are not required to, remove content they find objectionable. The ban-sword allows websites and platforms to remove offending speech without being accused of censoring or violating anyone’s First Amendment right.

The C230 shield and sword are not absolutes. For one, they do not apply to copyrighted material. A subsequent Internet law that arrived two years after CDA, the Digital Millennium Copyright Act (DMCA 1998) attempted to further clarify copyright law online - or further obscure online copyright law depending on your point of view. A 2018 amendment to Section 230, FOSTA-SESTA (aka. Fight Online Sex Trafficking Act), further regulates the shield and sword in a well-meaning but controversial law that holds platforms and individuals responsible for facilitating sex-trafficking or prostitution.

It’s difficult to fault the work of Wyden and Cox when they built the foundational policy that would nurture commerce and creativity online. However, today Section 230 (S230) has critics on both sides of America’s political divide. During the last presidential election S230 was a political hot potato as both Trump and Biden threatened to have it repealed. The 2020 candidates each had their own reason for opposing the law that roughly aligns with classic left vs. right S230 critiques.

The Left’s criticism of CDA-230 is that C1’s shield immunity is too lax, allowing platforms to turn a blind eye to hate speech, harassment and stalking. The sharing of disinformation has been of particular concern for the Biden administration, especially where foreign bad actors are involved.

The Right’s general criticism of CDA-230 is that the C2 sword is used far too liberally by platforms, either removing or assigning warning labels that unfairly target conservative content and expression online.

These polar opposite positions find agreement in one thing: CDA-230 needs to be fixed! Exactly how remains a source of debate. But for Gonzalez v. Google, the Supreme Court is not being asked to adjudicate either of these positions. The court is more likely to be focused on whether or not S230 protects potentially harmful content when promoted within the platform, or the phenomena of algorithm radicalization. There have been several interesting studies about this topic and it could be the subject of a future editorial.

We’re all beneficiaries of Section 230. The post-1996 Internet has been a boon for mankind. Free speech in a free market environment has been the foundation of our last century of innovation, and a free and open Internet will be human creativity’s great force multiplier for the next. Of course there are drawbacks to any new technology, adjustments may be required. We face new crimes online, digital filter bubbles, misinformation rabbit holes, and half-truths from various media, while Internet-anonymity often brings out the worst in people. But the adjustments we make to any new technology should begin with our perception. Once upon a time the fiction novel was suspected of ruining young minds, just as every new technology goes through its suspect-phase. Today, it's the Internet and smartphone apps attempting to hijack our dopamine receptors. But legal adjustments are almost never solutions, they're trade-offs that demand a sacrifice. Lawmakers need to take care to as tread as lightly as Reps Wyden and Cox in 1996 for the sake of future Internet freedom.

I think this case may end in an anti-climactic conclusion that will disappoint those looking for a new legal interpretation of S230. If the court decides that the intent of the law is clear and being executed faithfully, it will side with Google and the power of its shield. This has already been the result from at least two higher courts. Northern District of California found that Section 230(c)(1) protected Google against Gonzalez claims, and the U.S. Court of Appeals for the Ninth Circuit affirmed. The now twice cast-out case will face a Supreme Court that could presumably come to the same conclusion.

But I think that the judiciary should conclude that if the government must tinker with CDA S230, it should be the responsibility of legislators, not the Supreme Court.

Discuss This Article
Wayde Robson posts on October 31, 2022 09:18
Gonzalez v. Google began as a tragedy of global proportions. Since the case has made it all the way to the Supreme Court it's become a potential judgment on Section 230 of the Communications Decency Act of 1996. CDA S230 are protections that permit free speech on the Internet, unfortunately the free speech online has never seen so much opposition as it does today. But the Court will have to decide if the law itself is legal and being applied faithfully. A change could have serious ramifications to how we use the Internet.