The High Art of Selecting Music For AV and Audiophile Reviews 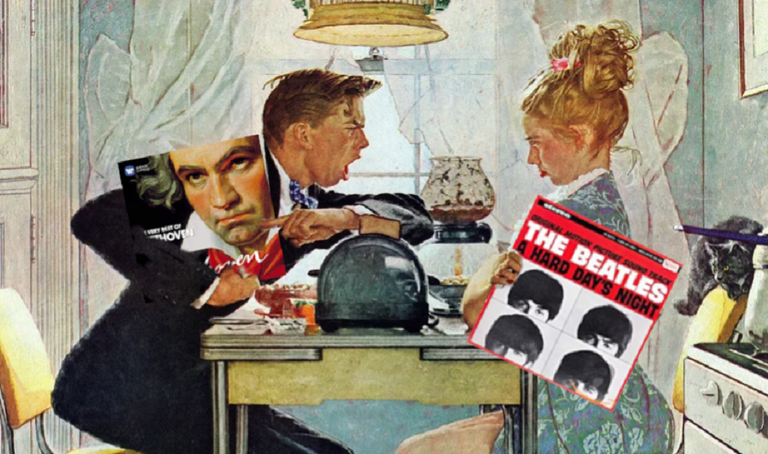 For over 25 years, I have been writing, editing and publishing reviews for the specialty audio-video world–every once in a while with some pretty positive results. Along with several past (and current) editors, I have taught many more than a dozen pretty well-known writers how to craft what we hoped would be interesting and engaging audiophile and AV content. Writing AV reviews has never been easy, but one of the most tricky parts of the review process is settling in on the exact music that you will pick for that specific review. Yes, we spend more time than you likely could ever imagine cerebrating on exactly what music to talk about in our reviews… When I was a kid growing up back in Philadelphia in the late 1980s, I remember me and my buddies going to audiophile stores with our stereo-loving Dads and purchasing the latest copies of Stereophile and The Absolute Sound while they looked over the latest, new arrival AV gear. The release schedule of these periodicals was “unpredictable” to be polite, but they provided an affordable fix for our growing, teen-aged audio obsession. It was a low-cost audiophile tweak like investing in a CD Stoplight pen but without the risk of ruining your entire music collection on a hair-brained whim. Inside of these now-vintage, printed magazines were many equipment reviews from brands that were familiar and ones that were much more exotic and more mysterious. We read them all–no matter what the product or the category. They tended to be a “long read” with lots of tangential stories and a relatively high word count by any modern editorial standards in 2022, mainly because back in those days writers were paid by the word for their reviews. That per-word editorial business model is long extinct, although there are OK Boomer reviewers who still try to demand it decades after its death. In old-school audiophile reviews, we eventually get to the music review section, which was often the hardest part of the entire review to digest for the reader on a few levels. First, most reviewers didn’t use musical material that people (audiophiles and mainstream music fans alike) could easily relate to. Let’s face facts learned from terrestrial radio research: in America, roughly three percent of the listeners admit listening to jazz as a musical genre. For classical music, the numbers dip to around two percent. That’s not to say a card-carrying audiophile can’t relate to some of the better tracks by the biggest artists in Jazz such as Miles Davis, John Coltrane and the like or that they couldn’t recognize age-old melodies from Bach, Mozart and others in the classical genre. The problem was, the reviewers of that era were apt to reference obscure performances from often hard-to-find recordings and the only way to get a clue about what they were talking about was to hope that they could find the words to describe the sound. Only the best reviewers could pull off this lofty editorial challenge and many times this is the exact point where a historical, audiophile review jumped off the rails and crashed.

Roll the tape forward to 2022 and thankfully, things have changed a lot in the world of specialty AV reviews. Readers younger than Gen X-ers don’t read the same way that my generation (Gen X) and Baby Boomers do. They scan. They hunt for keywords. They look for images and break-out boxes of pre-digested opinions that go down the hatch with the grace of a room-temperature shot of Jägermeister. It is a whole new world when it comes to editorial content. Star ratings are important (I could do an entire article on that tricky topic too) be it Google or Yelp ratings as well as editor and-or writer ratings. Things move much faster these days and with so much content posted on the Internet paired with decreasingly patient readers, it is important to adapt to the new world. Selecting music for a reviewer can be a tricky, time-consuming, thought-provoking process. The way I look at it is on an overall spectrum that ranges from at one extreme, the most obscure, crazy-town music and recordings going all the way over to at the other being the world’s most cliché music. Pulling out references to say Those Darn Accordions or perhaps Robert Fripp’s League of Crafty Guitarists is likely too obscure. Dropping in an example from Steely Dan’s Aja, Jazz at The Pawnshop or any of the hits from Dark Side of The Moon delves into the world of cliché big time. My guidelines are to land somewhere onto the cliché side of things without crossing a line, perhaps 66 to 75 percent of the way to musically cliché. You need to talk to your readers in terms that they understand without suggesting that you are musically stuck in an era or playing the same “reference recordings” over and over again. There is a careful balance needed here.

The game changer in the world of specialty AV reviews is without question: YouTube.com.

There are reviewers today who make (a pretty respectable) living specializing in doing AV reviews on YouTube.com these days, but that’s not what I am talking about in terms of AV videos. In this case, embedding official videos and-or recordings from a mainstream video site like YouTube.com, Vimeo.com and a number of others makes today’s online AV reviews so much more approachable and relevant. If I am talking about the Chapman Stick work from say Tony Levin on a specific King Crimson song, that might be too obscure of a reference for just the mainstream or newer audiophile via printed word but with a hyperlink to the Chapman Stick Wikipedia page that explains more about the bass-like instrument and pasting in an official copy of said King Crimson video, allows for the reader to possibly learn something new about a funky musical instrument while also being to hear and see it being played. With the help of said video, perhaps the reader experiences a sound that is oddly familiar (think Peter Gabriel records of the 1980s)? Could you make that leap in with a printed-only review? It is a high standard even for the best of audiophile wordsmiths, but allowing a more mainstream audience into the audiophile party is not something that has always happened but maybe should have a long time ago. The rise of importance of music videos in AV and audiophile reviews is paramount.

Peter Gabriel - Don't Give Up

In the end, there will be certain reviewers that you relate to and others who are not your cup of tea. And that is perfectly fine. The main purpose of AV reviews is to open a dialog with the enthusiast audience to highlight what certain products do and why they might be a good fit in your AV life? It is up to you to take your research to the next level. Support your local AV and audiophile dealers. Demo products with the music that you like either at their showroom or see if you can take it home for an even better evaluation. Reviewers are far from audio Gods. They have good hearing, but the idea that they have a golden ear is too much adulation. Your ears are the ones that matter and they are here to start a conversation about your next upgrades in your long-standing and super-fun audiophile journey.

Jerry is the Creator and former Publisher of AVRev.com, HomeTheaterReview.com and AudiophileReview.com. Currently, he publishes FutureAudiophile.com, an enthusiast site trying to bring the audio hobby to a new, younger audience.