Why Won’t Audiophiles Add A HDTV To Their System? 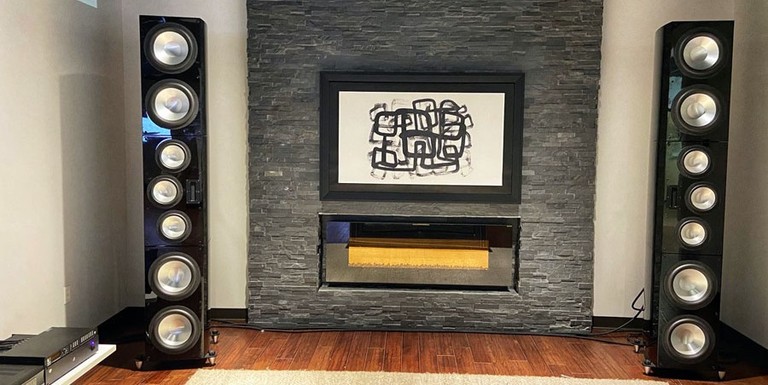 Years and years ago, I started an audiophile site to go along with HomeTheaterReview.com for two reasons. The first was that, at that time, I had a saleswoman working for me with decades of audiophile contacts she thought would want to work with us. The second was a hunch that certain audiophile clients were so stuck in their ways that when they heard the word “home theater” that they ultimately turned off to the concept of advertising with us. Time proved us to be right on both fronts. Stereotypically, audiophiles don’t really like home theater. Digging deeper - traditionalists would never pollute their pure audiophile rigs with video, AV preamps, surround sound speakers and all the other goodies that go with a home theater. I get their long-standing view even though I don’t personally agree.

The issue that I have with audiophiles today as we so badly need to evolve for a new generation of music lovers and technology enthusiasts is: why won’t audiophiles put a UHD-TV anywhere near their main speakers? At any regional audiophile show, there are dozens (if not hundreds) of rooms full of audio displays jammed into tiny rooms. Often the TV is relegated to another, meaningless part of the room or removed completely along with the bed and most of the other furniture. Why?

Are you telling me that the sonic impact of a physical TV back behind a pair of glorious floorstanding speakers is SO powerful that it will affect the sound more than say the 10 other speakers with vibrating drivers even when they aren’t hooked up? Do you think the TV will degrade the imaging or “first order reflections” more than the endless howl of the hotel HVAC system or the clanking of the nearby ice machine? Not a chance there friends. Last, how about the sound of all the people talking (even quietly) in the audiophile hotel demo room? That’s likely messing up the sound experience more than anything.

It is time to get over the audiophile hang-ups about integrating a television, be it at a show or in your listening room at home.

Simply put, the joy and entertainment that video (even in two-channel or 2.1 playback) can bring outweighs any possible, slight sonic effect. In fact, I don’t think even the most golden-ear of mastering engineers could hear the difference in a room with a 65 inch Samsung Frame hung on the back wall of a well-treated audiophile room. I am sorry. I would bet big that they couldn’t hear the sonic effect or agree that they are worth pulling the set out of the room.

Today’s music creatively has its ups and downs, to be polite. Today’s television content has never been better thanks to streaming. I remember the days of bumping into Rick Rubin and other music industry giants at midnight on Monday (actually, it just turned Tuesday morning) at Tower Records on Sunset Boulevard to buy, say the new Peter Gabriel or Rush record that was released THAT NIGHT so that we all could take it home and rock out in Hollywood until the sun came up. Today, in a more modern era, I feel the same urgency about the show Billions and so many other shows, almost all of which are on mainstream streaming services. The best talent (actors, writers and directors) work on streaming platforms. Sorry network TV, we’re no longer in an era where there is a stigma about going from movies to television. The best content is streaming in 4K right into your Roku or Apple TV. Why wouldn’t Sons of Anarchy, or Breaking Bad, or Better Call Saul, or Succession, or Ray Donovan, sound better through your Krell and Wilson setup than via a soundbar or small theater in another room?

I don’t know how many of us can justify $100,000 for a roll-up OLED TV like LG’s OLED-R, but it is cool and it would solve so many of the historical concerns about TVs in audiophile rooms.

A traditional video projector and a roll-down screen also can be an effective solution for those audiophiles who just can’t wrap their minds around the idea of ANYTHING other than acoustical treatments being permanently installed on the wall behind their speakers. Today’s “low-cost projectors” are stunningly good at $2,000 to $3,000 and get even better with more investments. Roll-down screens can be hidden in your dry wall and only be used when needed. They also can have enough gain to allow daytime video enjoyment too. Projectors, with a little help from a handyman or an AV installer, can be hidden in a modestly priced drop-down lift in the existing stud bay in your listening room’s ceiling with little fuss or muss. Future Thoughts on the Audio Hobby

My personal favorite option for audiophiles, as I own two of them, is the Samsung Frame which has been very popular for the brand and lifestyle users. The video performance of the set is fantastic, but it is the customizable “picture frame” aesthetic that draws people in. Samsung has made them better and better. They’ve improved their “art collection” that you can buy as a screen saver and the cost has gone down. They really look good installed in your room.

There are a lot of options for video in a modern audiophile room if we dare to expand our horizons.

It is time to start thinking about the future of the hobby, a hobby that has some pretty silly rules and tendencies. Television content is better than the movies and creatively more important than today’s popular music. Try arguing with that when playing the new Lady Gaga record over watching the season finale of Billions.  I know, you can’t make that argument can you?

Let me go one deeper… what if your significant other wanted to spend more time in your listening room (and with you) if you could watch a show or two together? Would they understand your investments in audio more if they experienced the benefits? I bet they would.

It is time to take traditional audiophile system configurations to the next level. Are you game?

Read the Complete Thread
Alex2507 posts on June 26, 2022 10:17
56652
lovinthehd posts on June 26, 2022 01:10
Looked at this title again and was more like how come audiophiles can't do a lot of things….
MrBoat posts on June 25, 2022 19:39
I use my desktop pc as my audio control center. Video games and everything are right here. When I listen to music though, most I have up is the track selection and the buttons to work it. Basically, a grand desktop 2.1 system in practice. I have always listened up close to my gear.

The center image from 2.1 is pretty convincing while playing games or watching movies. At least with the waveguide types I use.
ETgoogleHOME posts on June 25, 2022 04:48
Hi everyone, first post here. Apologies for my lack of knowledge on Scotch.

I'm 40. I'm a single teacher and it has taken me a long time to get to a financial situation where I can think of splitting up HT and 2-channel stereo, and for me it's been about finding the compromises one has to make in order to incorporate both systems into one room unnecessary if you have the space.

I like big, boxy speakers to bang out my hip-hop, electronic, and more high octane music. I went and auditioned the Cornwall IV speakers, and had a rather religious experience just listening over Bluetooth over a Cary Audio DAC/streamer (streaming DAC?) to the Cornwalls. I haven't had that kind of experience listening to more traditional tower speakers for music, but I do love my JBL Studios for home theater and occasional, more casual music-listening. Which room gets which setup will depend on the rooms in my house, including the basement. Also, audio is not the primary concern in watching a film for me. I'm interested in sound design, but the audio and literary elements are far more interesting to me than the score or soundtrack.

Television content is better than the movies and creatively more important than today’s popular music. Try arguing with that when playing the new Lady Gaga record over watching the season finale of Billions. I know, you can’t make that argument can you?

I'm a huge movie fan/cinephile, and take an exception to the idea that TV content is better than the movies. To me, the best movies are the ones you really have to seek, similar to music, and have to possess a sense of patience and empathy to receive the best rewards. The best are often projects put together by auteurs who work in a synergistic way with familiar casts/crew members, and use these same groups to further explore the human experience in different ways. I do not see the artistic merits of any TV show rivaling the best films, though a lot of the arguments in this piece come off as just trying to “tell it like it is”, the quality of the content be damned.
sterling shoote posts on May 21, 2022 06:31
The most satisfying means to recorded music I have discovered is from a Sony UBP-X800M2 Universal Player, playing DSD from stereo SACDs via HDMI to a Marantz NR1200 2.1 Receiver used in preamp/DAC role. This arrangement requires a monitor to control playback. I also need a monitor to enjoy some OPPO-205 functions. I do not get any pleasure from the monitoring requirement. It's a hassle and in fact, as I recall, to enjoy music copied from FLAC purchases to flash drive requires about 16 operations to begin listening to the music, which does nothing to preserve my mood for whatever music I want to enjoy. At any rate, mostly these days, I enjoy Apple Music via usb connection to a Parasound Preamplifier/DAC. A monitor is needed for this means to music but enhances pleasure, aiding navigation to desired music from iMac, or iPhone used as a remote.
Post Reply