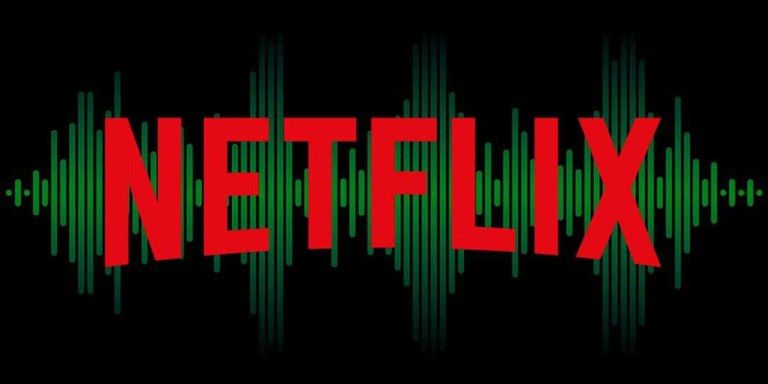 The streaming wars continue to heat up. As Wayde discussed in his recent article: AT&T, Comcast and Disney Prepare to Destroy Netflix,  Netflix has never faced as much competition as it will over the next year, with the launch of new streaming services from Apple, WarnerMedia, and Disney just around the corner. In fact, Disney CEO Bob Iger has just announced an upcoming streaming bundle that will include three Disney-owned services: Disney+, Hulu, and ESPN+. Available starting November 12th, this package will have a monthly price of only $12.99 — the same price as the most popular Netflix plan. Netflix’s best defense against this kind of pressure is its enormous, multi-billion-dollar annual budget for original programming. But the company is also focused on delivering the best possible user experience, and continues to invest in technologies to improve the quality of its streams. On the video side, Netflix has recently announced a collaboration with Intel on a new software-based video encoder technology, and is rapidly increasing the number of titles available in 4K/HDR. Netflix has also upped its audio game over the years; the company began streaming in 5.1 surround back in 2010, and added Dolby Atmos in 2016. Toward the end of 2017, an event took place that sparked the creation of a new feature, which has just now launched in the summer of 2019, and which Netflix simply calls “high-quality audio.” When the Duffer brothers, creators of Netflix’s hit show Stranger Things, sat down in a typical living room environment to test out a stream of the first episode of the show’s second season, the brothers were dissatisfied. There was a reduced sense of imaging specificity in the 5.1-channel stream, compared to what they heard in the mixing studio. There was also a noticeable degradation of the high frequencies —  a result of the lossy compression used in the Netflix streaming protocol.

"It didn't sound quite as defined. A little bit mushy, you might say. Or like maybe there's a napkin over it. Very subtle, but noticeable."

In order to assuage the Duffer brothers’ concerns, Netflix streamed the show at a higher bit rate, resulting in better quality audio for the end user. This incident ultimately led to the creation of Netflix’s new high-quality audio feature, which is a two-part solution designed to solve the problem of compromised audio in the streaming video era. The first component of the high-quality audio feature is adaptive streaming for audio — a technology that can increase or decrease the bit rate of an audio stream on the fly, as dictated by the speed of the user’s internet connection. This tech allows Netflix to deliver the second component: “perceptually transparent” compression. Essentially this means that Netflix can deliver much higher overall bitrates, resulting in audio that is indistinguishable from the original master.

"Series mixes were getting bolder and more cinematic with tight levels between dialog, music, and effects elements. Creative choices increasingly tested the limits of our encoding quality. We needed to support these choices better."

Adaptive streaming is a method of delivering media such that the quality is optimized in real time for the speed and reliability of the network connection, using algorithms to provide the best possible playback experience and to avoid playback interruption. Netflix has used adaptive video streaming for years. Most of us have experienced a sudden drop in video quality when on a slower connection. Once there is enough of a buffer, the quality jumps back up. Netflix has spent considerable time and resources on perfecting its adaptive streaming engine for video, but until now has always used static streaming for audio. In static audio streaming, the audio is streamed at a constant bit rate, which is determined by the network conditions at the start of playback. If network conditions fluctuate, or if the streaming device reaches the limits of its performance capabilities, the audio quality suffers. Now the high-quality audio feature allows the audio bit rate to be adjusted during playback, just as the video is, in accordance with available bandwidth on the network, and available processing power on the streaming device. According to Netflix,

“the adaptive bitrate switching happens seamlessly during a streaming experience… so you shouldn’t notice a difference other than better sound. If your network conditions are good, you’ll be served up the best possible audio, and it will now likely sound like it did on the mixing stage. If your network has an issue — your sister starts a huge download or your cat unplugs your router — our adaptive streaming will help you out.”

By making the switch to adaptive audio streaming, Netflix is able to offer higher bit rates without worrying about audio dropouts and buffering events getting in the way of the playback experience.

Even under ideal network conditions, it would not be practical to stream an uncompressed 24-bit studio master. But Netflix wanted to know what it would take to deliver a “perceptually transparent” facsimile, so that the end user would hear audio indistinguishable from the original source, despite the use of some lossy compression. Audiophiles with golden ears and highly resolving systems might argue that such a thing is impossible, but that was the goal nevertheless. Netflix conducted internal listening tests, and consulted listening test results provided by Dolby, as well as a number of scientific studies. In the end, the company determined that a 5.1-channel Dolby Digital Plus soundtrack could be compressed down to 640 kbps — a 10:1 compression ratio when compared to a 24-bit 5.1-channel studio master — without an audible loss of quality. Any more compression yielded suboptimal audio, but higher bitrates didn’t bring “any additional value to the listening experience.” And so the new high-quality audio feature delivers 5.1-channel audio at 640 kbps whenever the streaming device and available bandwidth allow. Under a “constrained environment,” users may receive a lower bit rate, ranging from 192 kbps up to 640. Netflix describes this as a range from “good” quality audio at the lower end, to “transparent” at the high end. Meanwhile, the company increased Dolby Atmos bit rates as well, which now start at 448 kbps and top out at 768 kbps. (Dolby Atmos is only available for subscribers of Netflix’s Premium plan, which costs $15.99 per month.) Netflix says that these bit rates may evolve over time as new, more efficient encoding techniques emerge. As of now, the high-quality audio feature works with most smart TVs and streaming media players that support 5.1-channel audio, or Dolby Atmos.

"Our ‘studio quality’ sound is faithful to what the mixers are creating on the mix stage. For many years in the film and television industry, creatives would spend days on the stage perfecting the mix only to have it significantly degraded by the time it was broadcast to viewers. Sometimes critical sound cues might even be lost to the detriment of the story. By delivering studio quality sound, we’re preserving the creative intent from the mix stage."

Can Lossy Compression Be Truly Transparent?

Many audiophiles will be skeptical of Netflix’s claims about how much lossy compression can be applied to an audio signal without audible degradation, but the company’s efforts to improve the audio quality of its streams should certainly be applauded. The quality of video available via streaming has gotten awfully good, but the audio has never really approached what a Blu-ray disc can offer. If Netflix has succeeded in its goal, that performance gap will now be narrowed significantly.

Will improved audio quality help give Netflix a competitive edge over its rivals, or will mainstream audiences fail to appreciate this new feature? Share your thoughts in the related forum thread below.

Read the Complete Thread
Grandzoltar posts on October 07, 2019 15:29
When I engage auto earc on my tv my receiver reads it as DD+ while I watch a Netflix Atmos movie . When I turn auto earc to off on my tv my receiver will read the Netflix Atmos content as Atmos. Sony 65xbr950g. Anyone else with an earc enabled tv experience this
baronvonellis posts on October 07, 2019 14:45
Dolby Digital Plus can do bitrates of : 0.032 to 6.144 Mbit/s with up to 15.1 channels of audio.

Was Netflix previously using the lower minimum constant bitrate of 320kpbs for DD+ and they're now just using a variable bitrate at 640kpbs?

If so, this hardly seems like we'll just be getting DVD audio quality at best, no?

Yea I thought Netflix was doing DD+ which is up to 640kbps, so not totally sure what this difference is. Sounds like they are doing some adaptive compression that is good enough to sound transparent according to their testing.

DVD-A is lossless BTW which would still be higher res.
Post Reply