Killzone 2 on PlayStation 3, Out of Control 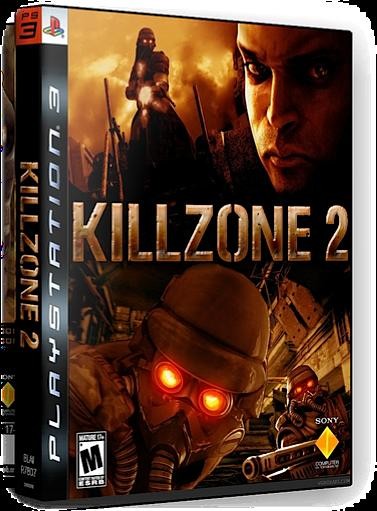 Killzone 2 is the most anticipated PlayStation 3 exclusive since Metal Gear Solid 4. It finally arrived last Friday, February 27 to fanfare and glowing reviews. But after a few days message boards started lighting up with complaints about the controls. Demand has been so loud to fix the controls that the game’s developers have even come forward with a statement – don’t expect a KZ2 control patch anytime soon.

The Helghan are back for a Killzone 2! In my case they’ve arrived for the first time as I’m no veteran of the franchise. The setting and storyline are epic, a future-neo-fascist regime known as the Hellghan are trying to regain lost dignity and military prowess after what was presumably a defeat from the first Killzone.

Admittedly the voice acting is bad compared to other recent games. If you’ve spent time lately in the world’s of GTA IV and Call of Duty 5 you’ve heard the talents of a veritable roll-call of professional actors. Gary Oldman, Keifer Sutherland, Ricky Gervaise and Juliette Lewis just to name a few. The voice-acting bar has been raised in premium video games. Guerrilla Games, Killzone 2’s developer gives you old school overacting that at times almost seems uncomfortable screaming some of its humorous one liners.

Acting may not be Killzone 2’s forte but graphics definitely is! The sound effects are also truly amazing. The really attractive part of Killzone 2 graphics is the physics. You’ve seldom seen such fluid motion in a game. Hellghast seem to rotate from each of your round’s impact. Clothes flutter as they’re snapped back from one round’s velocity or they might even spin if you hit them on at just the right angle. The effect is visually intoxicating - you won’t want to take your eyes off the screen.

Kudos are in order to the sound team at Guerilla. The deep rumble of the LFE is well used with heavy fire and especially with certain vehicles. Wind, screaming, footsteps all converge through your front and surround speakers to create audible effects that can immerse you into the midst of your worst nightmare. It’s one game you’ll be glad to turn up loud!

For a simpleton gamer like myself I really appreciate how the game doesn’t try to make a mystery of what it wants you to do next. I love that you only have to hit one button to bring up a marker letting you know where you’re expected to go. I’m a dedicated FPS gamer that often gets lost in large maps and isn’t very good at interpreting hastily prepared orders to complete the next level.

Most would agree that Killzone 2 gives us graphics that are up to par with or exceed the best console of gaming available today. The sound is amazing and story is expansive even if it’s not so well-acted. But the most controversial point about the game is its controls and the developers have taken heat for it.

My friend and I bought this game at the same time and began the single player on our own before meeting up to test it out on PSN. I recall him texting me hours after popping it into his PS3 for the first time complaining about the controls.

I have tried to be patient and adapt, after all - this ain’t Call of Duty! The controls and movement reminded me of Turok or maybe Xbox 360’s recent exclusive Gears of War. It’s jerky, you feel encumbered and the camera wobbles as your avatar seems to strain under his equipment to build enough momentum to run. Turning quickly becomes a chore.

To be fair you have to slow yourself down from what you’re used to when playing other first-person (or third-person in case of Gears) shooters. I found success when I ducked behind cover, laid my sights upon an enemy and popped one round at a time. Slowing the game down, looking for precise shots and not wasting ammo has resulted in moderate success so far. Run ‘n gun tactics are definitely not so useful here.

The outcry about the controls on KZ2 has been so loud Guerilla games producer Seb Downie recently responded to cat-calls for a control patch. Downie says no changes are required. The sluggish controls are here to stay so get used to it or stick with the Call of Duty franchise.

"After carefully looking into this, reading the posts, talking to a lot of you directly and analysing the controls at GG we have come to the conclusion that there are no changes required to the system," affirmed Downie.

Unfortunately most of my own PS3 gaming clan are counted among the more casual side of the gamers spectrum. It’s unlikely they’ll want to adapt to a new concept in FPS control. So I might not get much play out of this game after I finish the single player campaign. The game’s immense multi-player aspect has slightly tweaked the controls in the direction of faster game-play. But it’s not enough to satisfy those who are looking for another typical run ‘n gun style shooter.

Seb Downie goes on to say:

"If at all, any changes to the controls would put the majority of people who have not had problems or have adapted out of whack, which may be more serious," Adding: "Killzone 2 is a weighty, slower, more tactical first person experience that focuses on immersion. It is not a twitchy, split-second gun-wielding experience like some shooters. Also, the online experience is quicker as we've made the controls and animations a little faster during design.”

Even though I would prefer Killzone 2 adopt the classic first person shooter control style, Guerilla’s decision is probably for the best. There are few communities so meddling as gamers. They’re a vocal lot and not afraid to jump to conclusions even if they don’t have all the facts.

Just look at the grief Blizzard has taken over the graphics in its upcoming Diablo 3. The game was still in early development and a few screen shots were enough to garner an online petition to have Blizzard change the total look-and-feel of the game.

The controls dictate how the game is played, you can’t simply change this with a patch without completely altering the gaming experience intended by developers. If we let every complaint dictate new game’s content, controls and graphics; they might as well start developing games by a vast committee consisting of the gaming community at large. What a mess that would be!

Read the Complete Thread
j_garcia posts on May 14, 2009 16:04
I just picked this guy up for $30 used. Look forward to playing it.
Moutee posts on May 12, 2009 20:40
I've played and beaten Gears 1, 2, and Killzone 2. Killzone 2 was more challenging, but the gameplay became boring and redundant after a while. I found myself pushing to complete the game not because I enjoyed it, but for the sake of getting the most out of my money (rental).
Gaigebacca posts on May 11, 2009 10:56
I owned a 360 for over a year, and played the first Gears of War (btw Isberian… I do not know what you are referring to with the Gears Engine… Gears runs on the Unreal engine… as does a plethora of other games…) I thought it was a good game, but the lack of any real story, character building, or even immersion was very low for me personally. Killzone 2 is better at all of these than Gears was. Killzone looks better than even the Gears sequel, plays better, and the animation of all of the models and characters help in an immersive way, that Gears could only dream of. As far as the controls, I personally like them, and the lack of auto-aim, that so many other console FPS's opt for. It is beyond annoying for me when I play CoD4, and a guy gets a head shot on me, while I am running, and he clearly was aiming a foot BEHIND me… yet somehow still shoots me in the head… that does not happen in KZ2. And I love it for that, take more patient, accuracy, and skill. Something too many games are dropping these days for hyper-sensationalism and unrealistic shooting experiences. Not that I dont feel that those games have their purpose, I like UT and Quake… but I do not want every shooter to be like that.
domdom posts on April 23, 2009 06:08
Just bought it so will comment as soon as I take a break
unpredictableAX posts on March 24, 2009 21:57
I am unable to to a lack of post(completely understandable) to post a WTB thread, however I was going to see if anyone might be up for selling their used copy of Killzone 2.
I just picked up a PS# and I am trying to get a few games together.