iPhone, Gadget of the Year - But Has Apple Sold Out? 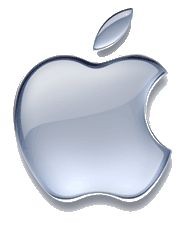 Apple has jumped into bed with AT&T and threatened its own loyal fan-base with punitive firmware updates if they exercise their right to unlock the iPhone. My, how it has strayed so far from that artistic, edgy computer company that was once so difficult to hate.

Do you remember last summer when mobs were after recent Apple ally AT&T’s head with concerns over net neutrality? The storm was raised over the censorship of anti-Bush statements made by Pearl Jam front-man Eddie Vedder during a live concert web-cast. If AT&T was your ISP, you didn’t get to hear Vedder’s rant during a rendition of Daughter.

The proposed Net Neutrality Act is based on one simple question: Should ISPs have the right to censor content over the Internet?

If not, shouldn’t consumers enjoy the same freedoms from wireless carriers?

Nobody is surprised when companies like Comcast or AT&T raise the Net Neutrality alarm. But who would ever have expected it from Apple?

Apple has become The Man

Don’t get me wrong, I respect Apple’s place in the history of Silicon Valley. I think the company’s products bring an influential level of design and ergonomics to the industry.

The iPhone, Time Magazine’s gadget of the year, is a slick mobile computer - make that, a slick and heavily regulated mobile computer that forbids the installation of third party applications.

The Digital Millennium Copyright Act of 1998 is a bit of legislation well used by the likes of the RIAA. But even the draconian enforcement arm of the recording industry must back down to recent exemptions to the DMCA pushed out in 2006.

Exemption number five of the DMCA makes it legal to unlock your cell phone for lawful use with the wireless provider of your choice. There is nothing AT&T or Apple can do about that. The right to do what you want with your private property is a cornerstone of a free society - regardless of what direction technology takes us.

In the face of these exemptions to the DMCA, I know of no mobile phone manufacturer or wireless carrier that has tried to circumvent the law with the destruction of your private property. Not Nokia, not the Sony-Ericsson collective, not even any of those dastardly communications companies whose CEOs surely keep the First Amendment pinned to their dartboards.

That is until this Apple press release:

CUPERTINO, Calif., Sept. 24 -- Apple has discovered that many of the unauthorized iPhone unlocking programs available on the Internet cause irreparable damage to the iPhone's software, which will likely result in the modified iPhone becoming permanently inoperable when a future Apple-supplied iPhone software update is installed.

It’s a threat from Apple that says if you unlock your iPhone they’ll break it on you with a future firmware update. Apple will turn your new toy into an expensive glass-covered brick that won’t be protected under warranty. Apple finds itself far from those Silicon Valley rebels in the old days, when IBM was the Big Brother Apple wanted to smash in its 1984 TV ad.

Now, Apple has become Big Brother and finds itself the butt of several class action lawsuits from disenfranchised Mac-fans who only want to exercise their constitutional rights.

What's next? Will Apple CEO, Steve Jobs try to regain customer confidence? I look forward to the results of this year's MacWorld Conference.

Here in Belgium we are the only European country where it is illegal
to sell a mobile phone with an obligatory provider, so the i-phone release is
delayed until … Many people bought the phone in the States and are using it
cracked, knowing that any computer update will put it out of use.
The common talk about this is that in a society of freedom of choose it is
an inacceptable way of acting and very few people will buy this gadget because it is contrary to democracy, as good this device can be.
And it is not so good, because it bugs often and the calendar is way below
the windows mobile, I know what I talk about because I am a medical doctor and take all my appointments via cell phone agenda.
The i-phone is OK for internet, i-tunes is another rip-of.
If you connect i-tunes your cracked i-phone is ok for garbage !!!
Clint DeBoer posts on January 04, 2008 00:06

birdonthebeach, post: 351829
As for a throw-down with Tom, Dina handles those duties once a week at AVRant.com…

Tom Andry, post: 350981
This thread is another great example of “If Apple does it, it's OK.” If any other manufacturer threatened to break your product, you'd be all up and arms about it - whether or not you owned one. It's wrong. You know it's wrong. It may not apply to you but it is wrong. Forcing people to use AT&T (which, in my experience has some of the worst coverage and CS I've ever experienced) is a financial choice that Apple made but being able to unlock a phone for use on another service is (by law) OK. Only a small percentage of people are going to do it anyhow and yet Apple has to try and take that power out of their hands. Don't “yawn” at people that are pointing out an obvious injustice.

jotham, post: 351617
I have to admit, when I hear the words “permanently disabled”, I think of something completely non-recoverable. Like you basically just can recycle it.

There are a number of operations that you can do that make it difficult but not impossible to recover. For example deleting the system directory of the OS or flashing the BIOS with crap firmware (which can really suck).

If Apple is saying that hacks might nuke the OS and cause your iPhone to cease working that kinda falls in the “no duh” category of hacking. Tough luck to you, you will find zero sympathy from me. Most OSes don't really like it when you replace their key files with user-modded files.

However, I would expect that for a reasonable tech support fee, they should be able to wipe it clean and give you a shiny new system install.

I suspect as someone said, that this is as much a tough posture because of their current corporate relationship. I highly doubt they have tried to lock this OS down as much as people think. Personally, I think they are hoping folks will find workarounds but they can't make it too easy or appear too supportive.

I'd say that you're pretty much on the money. Here's some points:

1. Apple does not force the update. But if you buy a phone now, it's got the update. The currently updated phones can be unlocked (although it's more difficult now.)

2. There are at least a few ways to “unbrick” the iPhone.

3. If they wanted to kill the unlocked phones, would they have really warned people about it?

4. Why should Apple spend the time and money to preemptively ensure that their firmware will not be broken by any number of different hacks to unlock the phone?

5. Just so everyone's clear here, unlocking <> jailbreaking. Jailbreaking to install apps seems to be fine by Apple, but since the jailbreaking methods exploit vulnerabilities in the OS, it's likely that jailbroken phones will not survive an upgrade.

6. The upgrade process removes all data on the phone (including the OS) and then resyncs it–that's why the apps are gone.

7. Anyone who says they hate a company and will never buy something from it (and then has to tell everyone about it!) is pretty much the same as a fanboi. I like to call them antibois. Personally, I'm an antiboi for Bose.
birdonthebeach posts on January 03, 2008 17:08

Clint DeBoer, post: 351823
Are these firmware updates “pushed” by Apple? Or are they downloaded at will….

Clint, as always you have asked the right question that gets to the point. It will tell you there is an update and ask if you want to install.

As for a throw-down with Tom, Dina handles those duties once a week at AVRant.com…