Games Prove to Music Industry that Content is King 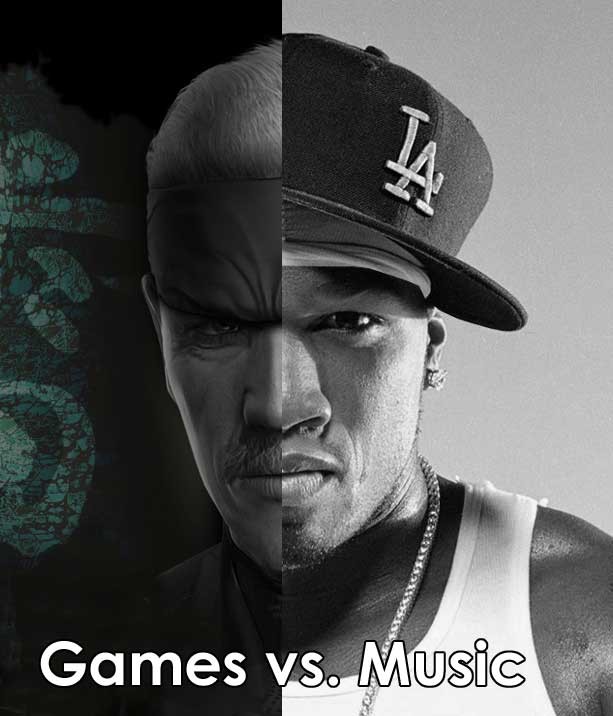 Content is king. Always has been and always will be. Many will argue that games have little or nothing to do with the music industry. Indeed both are about as far apart as you can get in terms of industry and development. However, it's important to point out some things that have been prominent in the news lately and have signaled to me the real problem that faces the music industry - as well as a possible solution, if the industry will raise up off its laurels and get to work.

A recent PricewaterhouseCoopers report predicts that the video game industry will soar to $68.3 billion in sales in 2012 - from $41.9 billion in 2007. This is what's known as a compounding annual growth rate - equivalent to about 10.3 percent. If the future holds steady and expectations are realized, the growth in gaming will trump all other media-based sales except for online advertising and fee-based systems like cable TV.

To compare, in 2007, the music industry brought in roughly $11.5 billion. And that includes Internet downloads as well as physical media sales (with downloads making up more than half of all units sold.)

Console games, by far the largest sector of gaming revenues, will grow by nearly 7 percent each year, climbing from $25 billion (give or take a hundred million) in 2007 to almost $35 billion in 2012. In fact, consoles are largely responsible for the overall decline in PC-based game sales, which are actually going to decrease slightly over time. Other sectors which are expected to see growth include online and wireless games and advertising in games is going to more than double in just 4 years - landing at $2.3 billion in 2012.

How This Relates to Music - Industry Saturation Rates

So what does this have to do with music? It's simple. Currently there are more than 9 million Xbox 360 consoles in the US - this from November 2005. There are 7 million Nintendo Wii consoles and over 3 million for PlayStation 3s (the last two were both launched in November 2006.)

There are over 300 million people in the United States. There is a 91% saturation of DVD players in this country. If we conservatively divide the population by 4 to determine households we get 70 million potential homes to market some form of AV media into.

For comparison, there are only ~19 million homes with gaming systems in the US.

So why is the gaming industry raking in many more billions of dollars and showing record-breaking growth over the next 5 years? Again, content is king.

The Problem with the RIAA

Anyone who knows anything about game title development would laugh if you compared that to the effort required to make a new CD. Studio fees? Songwriting? Are you kidding me? That's child's play compared to constructing a storyline, designing characters and integrating them into virtual worlds, adding a compelling score and structuring AI to react within that environment.

Both industries have to market their products, so that part of the equation is a wash. What needs to be addressed is: what is it about gaming that draws people? The interactivity and compelling content. Consumers are willing to shell out $50 for a game that typically brings with it 8-10 hours of game play plus ongoing online interactivity.

So why aren't consumers excited about music - enough to shell out $15? Um, maybe because music can be enjoyed in so many other venues. You can't "listen to a game on the radio" or "stream it on some ad-based Internet site like imeem.com." As a result music is oversaturated to the point of being perceived as having no value.

Does this mean I want the RIAA to pull all free music? No. Music simply needs to step up in ways that make it better, when purchased, than the "free" and on-demand alternatives available to consumers.

Downloads - Not as Scary When They're Impractical

Everyone knows the RIAA's idea of controlling piracy is to sue the very consumers that consume their products. Unfortunately, while we don't condone piracy, the historical lack of innovation - and aversion to online downloads - has really been a mess created by the RIAA themselves.

Let me repeat that: The RIAA, by not innovating and leading the download revolution, resulted in two things:

I've said this before. The fact that a computer company is the largest retailer of online music is absolutely sick. It should have gotten the heads of all labels and the RIAA canned immediately. Instead, the RIAA has continued to pursue its "victim" mentality and refuses to innovate and pursue or lead new avenues of digital content acquisition.

So what is one way for the RIAA to help itself? Make music bigger, better and interactive. Downloading an MP3 is easy. Downloading a WAV file is somewhat more inconvenient. Grabbing a new protected HD format that includes video and interactivity is almost not worth anyone's time. By increasing the size of what constitutes "music", the industry will, by default, lower piracy rates. People simply don't have as much incentive to pirate huge files numbering in the gigabytes of data.

The RIAA doesn't need to make a custom "music video" for every single on the album. However, throwing an HD camera in the studio and rolling behind the scenes video for every song is a no-brainer and would hardly take much time or money. Adding much needed video to audio will change the industry forever.

The Solution - Not that Anyone in the RIAA is Listening

Any artist can sing until they're blue in the face, they're not going to impress me with their efforts compared to the fleet of people it takes to put out Gears of War 2. Music, as a deliverable media, is rather lame in comparison to gaming. It's not interactive. It's not invigoratingly new and fresh (I'm pretty sure the term "formulaic" arose from the music industry). In fact, mediocrity seems to rule the day.

So what can the record industry do? Something new. Phase out the CD. It's only got a few more years left anyway, so it's best to plan its demise now rather than wait for it to die and then have to scramble for your next move - you know, the way you usually do things. Read my lips: the CD is dead*. Move along. There's nothing to see here.

So plan your next move. Why on earth don't you invest some money and give people what they want? People want to get to know their favorite artists. They want to see behind the scenes. Put them (virtually) in the studio. Let them remix the audio tracks. Let them add their own vocals. Give them high definition VIDEO. Make music interactive for goodness sake. Explore more with surround sound. The days of "here, eat this and enjoy it" are over. Consumers have been given power over the marketplace and you'll never be able to go back to spoon-feeding then one-dimensional content.

The best move for the record industry is to finally, for once in their lives, *gasp* innovate. You have DVD and Blu-ray at your disposal. The amount of money it takes to generate a record is a joke compared to a console game. Stop pocketing every last dime of profits and reinvest in your future. Plan to spend more on album creation through the insertion of additional content.

And don't just "try" this new method - embrace it and run with it. Do something compelling that will draw enthusiasts and compel them to step up to this new type of music. Embrace high-resolution audio. Give consumers something fresh they can't easily download or stream to their iPod or PC.

I've given you (the RIAA) several examples above. Go pick some of those, add your own ideas and get moving. You only have a few years (at most) before even major artists jump ship in record droves and begin self-publishing in order to stay afloat.

The gaming industry has shown you the business model - the least you can do is get a clue.

*For the people with no idea of how to interpret this statement. There is a term "dead man walking" you may be familiar with. Though the CD may technically last more than 20 years from now, it, like the cassette, will shortly be replaced by newer methods of content acquisition. "Dead" doesn't mean unavailable, it means insignificant in terms of sales compared to alternatives.

The Recording Industry Association of America (RIAA) is the trade group that represents the U.S. recording industry.

Read the Complete Thread
hopjohn posts on June 19, 2008 12:33
New artists have little incentive, with distribution not being the obstacle it once was, to have to deal with all the b.s. So independent labels seem the way of the future and maybe just maybe these are the kinds of labels that will become more innovative and start changing the paradigms we've all seen for so long.

While I know the efforts have only just been “tried” dual discs etc. I don't see some fancy new CD flavor saving the day.
Wayde Robson posts on June 19, 2008 07:35
I think you're on to something with the statement:

“As a result music is oversaturated to the point of being perceived as having no value.”

I've often felt that music's value is less and less. Like so many things it's tied to technology. As tech goes up music becomes more and more easily consumable, more abundant and more portable. I can't imagine the term “background music” even existed 100 years ago before the phonograph.

Music has lost a certain type of monetary value but in a way it only means more people can't live without it.

While the dinosaurs in the recording industry lumber in stagnation, maybe they could spare an iota of brain capacity to wonder what happened to all the other dinosaurs that didn't change with the times!
ricocetj posts on June 18, 2008 12:25
Nice article, Clint. It truely is amazing how ponderous and slow moving the music industry is.
Post Reply