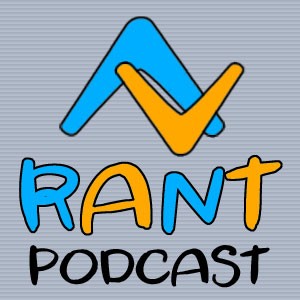 Turn your ringer off woman!

Dina has a fan and someone thinks that Tom is a corporate polo-wearing type. The world is just topsy-turvy. A new music challenge is issued. Tom will discuss this more on the next podcast. Jarret has a question about compression (one of our favorite topics around here) which leads to product placement. Tom touches on how Radio Sucks and reveals one of his deep dark secrets - this one about Nirvana (if you’re a fan, cover your ears and say “la la la la la” until it’s over). Are people getting disillusioned with HD? The guy at the auto parts store seemed to be. Can we come up with a business model for an AVRant dating site? We’ll have to work on that. Tom ends with a discussion about the E-store including some of the brands that will be offered.

3db, post: 323465
You scored 60 Audiophile!
You are a cool guy. You listen to some music, know some stuff about electronics, possibly a good guesser.

Tom Andry, post: 323430
So I've been doing a little research on this and it seems we have dating websites devoted to geeks, nerds, and gamers but no audio nuts. I did find this audiophile test on OKCupid.com but it seems a little biased. I scored a 74% (which was higher than 99% of the people that took the test) but I'm not sure if I'm proud of that or not.

Personally, I think we have a real opportunity here. There's just GOT to be chicks out there that are into audio that are stuck in loveless relationships because of a lack of common interest. The poor dears have to mitigate their pain and loneliness though endless workout sessions toning and sculpting their rock hard bodies. We've got to reach out to them, to give them a way of connecting to all the audiophiles out there that are too busy tweaking their system to run into them at the gym. The site will be a smash!

Or maybe it'll end up being a sausage-fest, who knows?

You scored 60 Audiophile!
You are a cool guy. You listen to some music, know some stuff about electronics, possibly a good guesser.
Post Reply
About the author: