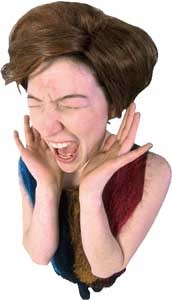 It seems like I've spent the last month on the road. Denver, Turkey, Reno… it's been a busy time. Over the course of my life, I've lived in multiple states including California, Mississippi, and Florida (driving to and from them as well) and have spent time in very large markets like Los Angeles, San Francisco, and Jacksonville. I regularly drive down the coast of Florida to see my Audioholics compatriots and north up to South Carolina to see my AVRant partner. What does it all add up to? A lot of time in the car listening to the radio. And what do I hear?

Wasn't Dirt released in like 1992? Why am I still hearing Rooster on Alternative stations? It just doesn't make any sense. For the longest time I thought that it was simply the substandard radio stations in the Jacksonville area. When I moved from San Francisco to Mississippi, I noticed about a 6-8 month lag in music. I knew, every time I went back to visit, I'd get a glimpse of what I'd be hearing on the radio 6 months later in MS. But now I hear Alice in Chains all over this country, I hear Avril Lavigne in Turkey, and it seems as if there hasn't been a new band introduced in 6 months. Is there really such a dearth of good music out there that when a half way decent song comes out it is played internationally? So little good rock that Alice in Chains still makes the line-up?

And now we have HD radio to look forward to. Hybrid Digital (not High Definition as so many people believe) radio sounds and is marketed a lot like satellite radio but without the monthly fee. But of course all it really is, is additional channels offered by the same stations that you are looking for an alternative to. And satellite isn't much better. Sure they have 10 Bluegrass channels but then you'd have to listen to Bluegrass. There are plenty of rock stations but you end up hearing the same songs over and over anyways. It isn't like you can designate an "Angry Girl With Lots of Guitar" channel or a "White Rappers from Orange County" channel if that's your thing. Plus you have to pay for it.

HD radio and Satellite both boast about their increased fidelity but I've heard Satellite and I wasn't impressed. HD radio says it has "near CD quality" but with a maximum bitrate of 300 kbit/s vs. CD's 1400 kbit/s, I've got to believe that the CD they were comparing it to was fairly compressed. I'd love to believe that there is a higher fidelity free music option out there but it really doesn't seem to be the case.

A lot of people think the death of the radio has been the iPod. I don't agree. iPods are just too much work for Joe Consumer. You have to pick your songs, download them, organize them, upload them… it's a hassle. Of course when we had free downloads, people took advantage of it but now that you have (if you're a law abiding citizen that is) to pay for them, a lot of the motivation has evaporated. Who wants to pay by the song or worse yet, download songs off CDs you own just so you can have them on your iPod? Why not just carry the CD in your car? There are some music Podcasts out there but look for the big record labels to eat them alive if they ever dare to get popular.

While Internet radio has a lot of things going for it (free, plenty of options) there aren't any real good options for getting it into your car. I've tested plenty of gear that can access Internet radio and I've been appalled by the complete lack of access I've seen. I know there are plenty of Internet radio stations out there and yet you end up with 5 Rock, 3 Classical, and 4 Bluegrass (what's the deal with Bluegrass anyhow?) stations. The diversity and individuality of the Internet is exactly this format's downfall. Even if you could pipe it into your car reliably, you'd have to enter the url's manually and you KNOW no one is doing that even if you provided a full keyboard. While there are some cell phones that can access Pandora, I don't see that as a viable option for the vast majority of consumers.

Yes, you can see that my assumption is that the radio is only useful in the car. While I'm sure some people do listen to it at home or while working out, I think the majority of out-of-car listening happens at work. If you work at a tattoo parlor or head shop you may have the option of more progressive stations but for the majority of Office Space-ites, it is classic hits or elevator music. You only really have a choice when you are listening alone or in a group of small friends. And there is rarely a work environment that thinks Sir Mix-a-lot's "Baby Got Back" has the appropriate tone.

Even when the supposedly "Progressive" or "Alternative" stations decide to add a new song (more than likely because they heard it on another station or because someone paid them to play it), it happens so rarely that it almost goes unnoticed. So I find myself listening to the news or talk radio more often than not. Since I work from home, the news is holding less interest for me as I tend not to drive during high traffic times and there is only so much Bush hugging/bashing (depending on the station you pick) I can take. So let's sum up:

Is this the death knell for radio? Since there is really no good alternative, I'm afraid not. Ever since they started putting 8-tracks and tape players in cars, people have listened to their own music. But eventually (and take this from someone that has driven the full length of I-10 no less than 4 times - 3 times by myself) they switch to the radio. So you have, what I think, is a pretty captive audience. An audience that is flipping from channel to channel looking for the song that they've already heard a million times that they hate the least. All it will take is one or two good radio stations in each market to capture the bulk of that audience and hold them captive. Eventually, someone will get a clue. Someone will realize that the "pay for play" payouts will not match the revenue they would make if they actually *gasp* gave their consumers what they wanted: good, fresh music.

I, for one, am not holding my breath.

I have had Internet radio in my car for a month now and love it. I listen to Mancow and Glenn Beck driving to work. On my way home, depending on my mood, I listen to The Edge Rocks, Radio Free Charleston or Punk Radio Cast.

All at 128 kbs, commercial free and band and song titles present on the player.

I think that the car is the best place to listen to radio. And now that Internet radio is in your car, you will stop hating radio.
Tom Andry posts on October 26, 2007 09:20

Shotover, post: 323339
I have Internet radio in my car and it sounds great.

I would love to have access to Internet radio in my car. That would make a world of difference to me.
Joe Schmoe posts on October 26, 2007 08:42

Shotover, post: 323339
I have Internet radio in my car and it sounds great. I'm streaming on my Motorola Q to my Bluetooth Audio Pioneer head unit.

All of the radio talk shows that I have found are hosted by right-wing blowhard @$$holes (eg Rush Limbaugh.) Are there some that are not?
Shotover posts on October 25, 2007 23:42
Mobile Internet Radio

I have Internet radio in my car and it sounds great. I'm streaming on my Motorola Q to my Bluetooth Audio Pioneer head unit.

That's the ticket. I live in Raleigh, NC and am blessed with having several college stations within reach. The “big boys” are NCSU, Duke, and UNC, but the best are the three local college stations located at HBCUs (WSHA, WNCU, & WFSS). I get my choice of real Jazz and real Blues 27/7 as opposed to the “Alice In Chains Marathon”.

The left side of the dial is where it's at.
Post Reply
See also:
About the author: