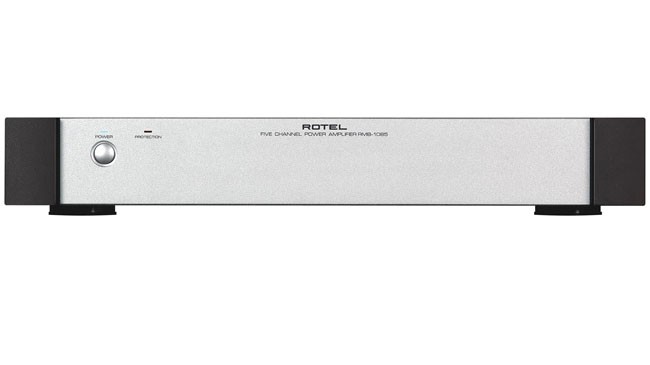 There are few names that are both as well known and associated with high-end as Rotel. They have a reputation for quality and power and great aesthetics. We haven't done a Rotel review around here in quite some time so we were all excited (and lined up) when they expressed an interest in having their new Class D RMB-1085 amp reviewed. Somehow, through a combination of luck, bribery, and begging, I got the review sample, shipped overnight no less.

Just upgraded to a RMB1085 from a audiolab 8000p running with audiolab 8000q pre amplifier.Fast, detailed and smooth ,neutral sounding with ample power for a large room with multi speaker setup. It may not look it but this is an audiophile grade amp.
Don't know about the ice though as the amp runs warm like any other conventional amp would.
Tom Andry posts on June 16, 2008 13:09
I personally don't have the equipment to measure amps. Usually, we'd try to send it down to Gene's but he's been busy with other amp and receiver measurements. I understand there there are some issues with measuring Class D amps that may put it on the it on the “we'll try but don't hold your breath” list.
jcPanny posts on June 13, 2008 11:02
Rotel Review

Tom,
Nice review. Any chance of getting some power and distortion measurements on the Rotel amp. As you point out in your article, linearity and low distortion have been a chanlange for calss D amps in the past.
Haoleb posts on June 13, 2008 04:22
Reading that and seeing those pictures of the unit definetly just kicked Rotel down a couple notches in my book. For that price the build quality seems to be lacking. If i am spending over a grand on a single component I expect something nicer than stamped chassis. I'll be the first to admit I am not a huge fan of SMPS or these newer amplifier technologies, Its not exactly eye candy under the hood
mike c posts on June 12, 2008 23:02
nice to see Rotel back on the reviews.

these new Rotels have lower-model ice modules as compared to the ice modules on my 1077 (which I'm using for 2 channel listening, til i get a center channel) which is why these new ones are cheaper.
Post Reply