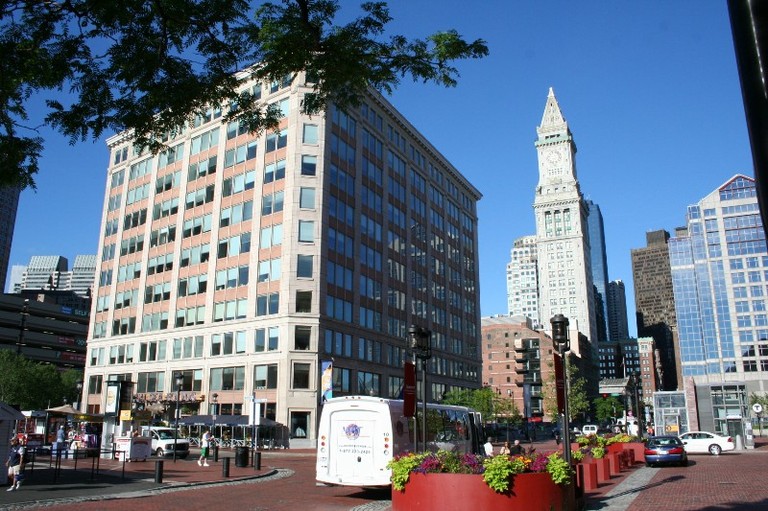 Boston Acoustics, established in 1979, has made a name for itself in the home and car audio markets. Across the years, Boston Acoustics has maintained their high standards and profitability through a tenet of careful growth and high quality products. While they existed almost solely through dealers initially, later years saw them expanding into computer speakers and more budget minded offerings. You can now buy many of their products directly from them at their online store.

When I was invited to the Boston Acoustics press event, I didn't really know what to expect. You can always count on a lot of food, very little sleep, and more information than a human can integrate in so short a period of time at one of these things. I couldn't help but chronicle my experiences over at AVRant. In spite of my exhaustion, it was clear that Boston Acoustics was excited. Something big was going to be unveiled and it wasn't going to be simply another product line or a new product area. They were changing the fundamental direction of their business. From a company's standpoint, this is kin to a religious conversion or rebirth. It's big, it's exciting, and it is dangerous.

A new mission, a new logo, a new name Corporations live on logos and mission statements. How many of us have been asked by our employers to remember a mission statement? How many actually could? Most of the time they are filled with marketing-ese and buzz words that have little meaning outside of the boardroom - words like "energize" and "inspire" and "paradigm" and "market-driven" and… well, you get the idea. One doesn't need to spend too much time in a mission statement meeting before falling off to sleep.

Boston Acoustics started off the event with a run through by Sr. Vice-President & General Manager Eli Harary of the process they went through to come to their new mission. I'll spare you the gory details but I think the end result was quite worth it - Play Smart. They've had their core values in place of high build quality, high performance, and product innovation. They've been known for providing good speakers at a good value. But now they want to be known as forward thinking and having a more contemporary (they called it "hip-smart") design that emphasizes personal expression and shared experiences. The core values (quality, performance, innovation) makes up the "Smart" while the personal expression and shared experiences is highlighted in the "Play". Short, to the point, and frankly, everyone can remember it.

But the retooling of the brand didn't stop there. As much as everyone loved their old logo (are white words in a red box really a logo?), it was time for a change. Enter the stylized lowercase "b"… in a red oval of course. If you look closely, you can also see a lowercase "a" as well. The new logo is simple, recognizable (except for that lowercase "a" which I didn't see until Eli pointed it out) and looks good in color and in black and white (important when you are printing product manuals). Overall a rousing success.

But that wasn't the end of the changes. Boston Acoustics has dropped the "Acoustics" part of their name and will now be known as only "Boston". A short mission statement, a smaller logo, and now a shorter name - Is this a comment on the attention span of consumers in this fast paced, wired world? While these are interesting changes, from the consumer standpoint they are mostly cosmetic. What we really want to know is how this affects us.

Out with the old, in with the new If you've been shopping lately (or have spent any time online) you'll have noticed that Boston speakers have been on sale. It doesn't take a brain surgeon to figure out what that means. Here's the "official" announcement. The VR, CR, and MR series speakers are going away. If you like the way they sound, get them now. You won't see them around for much longer and prices are impossible to beat. The E-series will stay but you won't see any more clock radios or those sorts of products from Boston. Instead, there is a renewed focus on their base. And that means speakers. There will be two new lines of speakers introduced, first the budget minded Horizon line and later (look for them at CES) the Vista line. The first thing you'll notice about these new speaker offerings is that the grills are the most prominent part of the speaker. The speaker box, usually flush to the grill if not larger, is actually smaller. This gives the grill a flared look that is very distinctive. Each speaker has integrated stands and five way binding posts. The grills are interchangeable and can be purchased directly from the Boston website.

This new focus on aesthetics taps into consumer's desires to personalize their products. As SEMA has grown from an industry stepchild to one of the biggest businesses in the auto world and iPods have more "outfits" available than Barbie's, it's hard to argue with Boston's logic. The cabinets of all the Horizon speakers are constructed out of plastic, the larger have MDF braces, and the floorstanding even have handles. The beginning of the product line sports a more (for lack of a better word) normal plastic finish while the mid and top of the line Horizon speaker have a "soft touch" finish. The soft touch feels like the plastic equivalent of suede. The floorstanding Horizon speakers have both passive radiators and ports, an unusual design decision. Horizon will also introduce Boston's first wireless subwoofer and a number of speaker packages. You can always tell the subs that are included in the packages as they are downfiring rather than the standalone subs which fire forward. The TVee Model Two is a speaker bar that is paired with a second wireless sub that does NOT claim 5.1 sound out of a single speaker. Instead it is a "TV speaker upgrade" for people that recognize the poor sound of flat panel display speakers but don't want to spend the money on one of the (generally) substandard 5.1 single speaker solutions.

Lastly the SoundWare speaker, an unusually shaped speaker that is designed for easy placement, was introduced. Sealed and able to pass the "submersion" test (dunking it under water), the SoundWare speaker sports an unusual cabinet and mount designed to be installed easily in corners. This interior/exterior speaker comes in a number of colors (seven were announced) and has is one of the few offerings from Boston without an integrated stand. Don't worry, however, the back of the speaker is cut in a number of angels so that you are almost guaranteed to find one that will orient the speaker in the way you want.

admin, post: 306941
How often does a company claim to “reinvent” itself? And how many times is it actually true? Boston Acoustics is making a lot of changes - dropping most of their speaker lines, dropping many of their accessory products, and even dropping the “Acoustics” from their name. Reinvention? Absolutely. The new face of Boston was unveiling to us and reported directly to you.


The new products are sad. Personally, I dislike plastic cabinets and it looks like the entire product line is going that way.
I have a pair of VR3's mated to a 10" carver sub with some cheap Yammy surrounds so I should start looking for a Boston center and surrounds. Any ideas besides fee bay?

I have several large-format books of classic album artwork. That way, I get to enjoy it while enjoying the music in vastly superior CD sound quality.
3db posts on September 12, 2007 09:21
But vinyl comes with good artwork

3db, post: 307808
What I hate about MP3s besides the music having the life compressed out of it is that there is no artwork, no lyrics, no info about the band, the producer, where it was recorded etc. Thats all part of the experience for me as well. I can't believe people pay a $0.99 a song without all that inf and it still adds up to $12 to $15 a CD. If CDs die out, I'm going back to vinyl and keep increasing my vinyl collection.

Good points. I agree except for the vinyl part (I will not be listening to vinyl again in this lifetime.)
Post Reply