A Whole New Direction for Audioholics 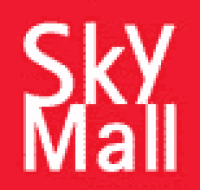 It's a tradition when going to these shows to chronicle our "adventures." The problem is, after Ray's "three planes breaking down" story, everything else just seems sort of hollow. But that doesn't mean we aren't going to try. As I type, one of our members is stuck in Atlanta trying to find shelter after some sort of tornado event. I'll let him get into more detail. But I figure you all would like a little something to read while we wait for the saga which is sure to come.

Flying out of Jacksonville is always fun, mostly because of the incredibly unpredictable security line. I've been through that line in as quickly as five minutes, or as long as an hour… like today. The problem was I budgeted for about 15 minutes. Needless to say, I was literally seconds away from missing my plane. I've never actually been the last person on a plane before. It felt kinda like everyone was staring at me, knowing that I was delaying them. Of course, the guy in the security line who was either on the same flight or on a flight that left at the same time as mine who systematically cut in front of everyone saying, "My plane's about to leave, can I go ahead of you?" That guy got completely shut down when I said, "Yep, mine too." What's he going to say, "Well, I'd like to actually make my flight, you mind if I cut ahead?" At which point I would have said, "Yes, yes I do." As it was, he just shut down and waited impatiently behind me. That felt a little too good.

Anyhow, the first leg of my flight went from Jacksonville to Dallas. Overall, it was a pretty uneventful flight except that because of my lateness, I didn't have a chance to get my laptop out so I couldn't do any work (or play games). I resigned myself to waiting until one of the other two people in my row (I was on the window, a policy I'm seriously rethinking) decided to get up. Unfortunately, I shared a row with two college guys with bladders the size of Texas so I didn't end up getting a chance to get by them. On top of that, I didn't have the normal Airplane Magazine o' Advertisements, only the Sky Mall catalog so I didn't even have any good reading material. A little karmic retribution is my guess.

You know, I don't think I've ever been on a flight that climbed so high. I don't know if they were trying to avoid some turbulence or something but it just seemed that we climbed the whole flight (well, except for that last little bit at the end). The only thing I could think was that the pilot had a secret wish to enter the X-Prize competition and was trying to achieve orbit for the first time. Well, dude, seriously, not on my flight. I've got better things to do than help you achieve your "Spaceman Spiff" delusions of grandeur. Let's just be content with having a multitude of lives under your control, huh?

But my boredom and, um, fear, gave birth to a new idea. A whole new direction for Audioholics. Well, maybe not the Audioholics brand per se but us as a whole. This is what I propose: First, we buy a house. A cheap house, nothing fancy. Think condo or maybe a cookie cutter from one of those neighborhoods where you pick the color and the tile and you're done. Then we fully stock it, top to bottom, with stuff you can get from Sky Mall. ONLY stuff you can get from Sky Mall. Sure, the home will be full of giant propellers, motivational posters, and foam beds for dogs. You could enjoy sitting on your rattan furniture, while sipping coffee out of your cigarette lighter plug in warmer cup, with dusting your blinds from 60 feet away. You'd enjoy 15 different in-shower mirrors, a myriad of different shower heads, caddies, and accessories, and towels big enough for Shrek. Your computer will roll, your laptop will have its own collapsible table, and a robot will clean your floor. You'll have a projection screen (but no projector), a laptop from Lamborghini, and a bag full of USB, flash, and SD cards. You'll have full sized sarcophagi, a number of faux ivory products, and a stunningly limited selection of woman's bathing suits and eveningwear (and honestly, what else does she need?).

And we can spend years reviewing the stuff. Of course, not all of it will be appropriate for Audioholics.com. Some might have to do on FakeIvoryTuskLampoholics.com, or InspirationalPostersoholics.com, or CrapThatSucksButWomenInMooMoosWillBuyItAnyways.com. Well, it's an idea.