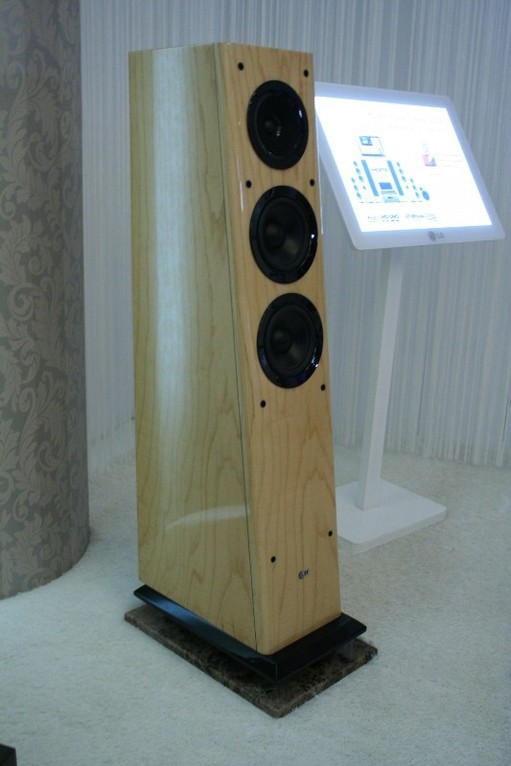 In a mind-blowing collaboration, LG Electronics and Mark Levinson have paired up to bring you new home theater systems including the AP3133. This high-definition AV home theater system features multi-driver floor standing loudspeakers, center channel speaker, surrounds, and powerful subwoofer. The system includes a 7.1-channel AV receiver with 150Watts X 7 "ICEpower" output stage, Burr-Brown PCM 1796 24bit/192kHz DAC, multi-input HDMI switching with near 1080p upscaling, 1080p pass through, HD Radio capability, and Audessey Auto Room Multi EQ Adjustment. The system is built around LG’s “Super Blu” dual-format player. Each of the speakers (including the rear speakers which looked like the floorstanders only smaller) were spiked and placed on granite bases. The whole display was just weird as LG and Levinson were two names we never expected to see next to each other. Needless to say, we'll be interested to see if the audiophile crowd will be able to accept LG into their midst or if Joe Consumer will have a clue as to who Levinson is. For more information, please visit www.lge.com.