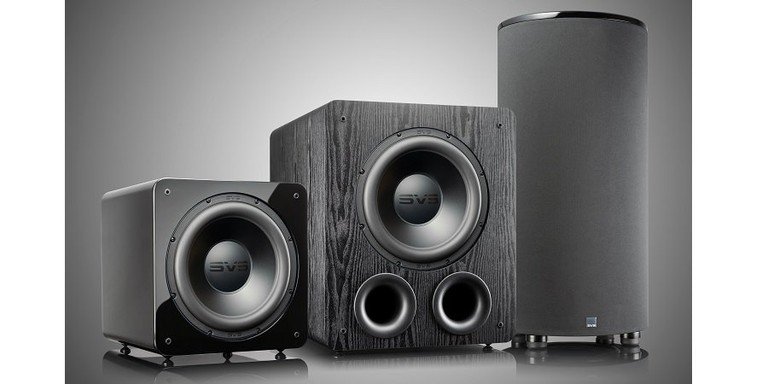 evised their massively popular 2000 subwoofer series with their new ‘2000 Pro’ line; the SB-2000 Pro (the sealed subwoofer), the PB-2000 Pro (the ported box enclosure), and the PC-2000 Pro (the ported cylinder enclosure). Our experience with the 2000 series (as can be read in our review of the PC-2000) was very positive, so any improvement on top of that is just icing on the cake as far as we are concerned. However, the new product line does entail a price hike. The question then becomes are the improvements worth the extra cost? Let’s take a closer look at what separates the 2000 Pro line from the previous 2000 line.

One of the biggest changes is the amplifier technology. The amplifier architecture started with the 16-Ultra series which trickled down to the 4000 series and then the 3000 series has finally made its way down to the 2000 level. One of the highlights of this amplification is the use of 25 amp 600V MOSFETs in a fully discrete output stage which should make for superior power delivery than op-amps used in typical class D amplifiers. The RMS wattage of the amplifier has been increased from 500 watts in the 2000 series to 550 watts in the 2000 Pro series. er platform brings along the more advanced DSPs seen in the upper-end SVS models, so the 2000 Pro series uses a 50 MHz DSP with 56-bit filtering. Along with the more powerful processing is SVS’s Subwoofer Control Bluetooth app that is compatible with Andriod and iOS devices, so the 2000 subs can be controlled with very high precision from the comfort of your sofa instead of having the user hunch over the back of the sub to fiddle with knobs. Speaking of rear panel controls, SVS has dopped knob control, and the 2000 Pro subs use SVS’s ‘Intelligent Control Interface’ seen in the 3000 series which is really just some light bars that can be controlled by some buttons. It provides a bit more feedback in levels in the amp than traditional knobs.The driver is majorly changed going from the 2000 series to the 2000 Pro series as well. "We’re not using the split-wind edge-wound voice coil (of the SVS 3000 series), but we did take a totally fresh look at every aspect of the driver. This was particularly important given the higher power amplifier compared to the original 2000 Series. It’s an all-new tooled and FEA optimized stamped basket with a premium powder-coating. We also revised the suspension and tooled a new surround to further improve the excursion and SPL capabilities. Finally, the 2” voice coil uses a 2-layer copper wire voice coil with upgraded materials in the wire, bobbin, and all parts of the motor. At the end of the day, it’s a totally re-envisioned driver that fully maximizes the potential of the more powerful amplifier."

The stamped basket of the 2000 Pro driver is a change from the cast aluminum of the 2000 series driver. While cast aluminum baskets are generally considered a higher-end driver component, the difference in end performance could well be negligible in a driver like this, so if moving over to a stamped basket reduces cost, that is a worthwhile trade-off. End performance will be governed more by other aspects of the driver such as motor and suspension components.

One major change we see is in the box cabinet of the PB-2000 Pro: while the SB-2000 Pro and PC-2000 Pro enclosures look to be largely the same as their predecessors, the PB-2000 Pro gets an entirely new cabinet design. It now looks like a slightly smaller version of the PB-3000. SVS may have found that the benefits of the new cabinet with its dual ports to be superior to the previous cabinet design. The cabinet dimensions are pretty much the same, but the new placement of the ports and driver do look a bit better than the previous asymmetrical layout of the PB-2000 (in my opinion). Another change in the 2000 Pro enclosures is that the PC-2000 Pro can only be bought with a gloss black cap. The gloss black cap, along with the inclusion of SVS’s Soundpath Isolation feet, means that it is a tad more expensive than the PB-2000 Pro box enclosure, at

While the new features are nice, we know that most of our readers will be wondering about performance differences from the older series that the 2000 Proline is replacing. SVS hasn’t offered any concrete numbers, but they do say that the 2000 Pro subwoofers are more powerful. For specifics, it looks like that we will have to find out in measurements. The good news is that we at Audioholics are able to do that in a review; the bad news is that it will have to wait until spring since our groundplane test site is out of commission until winter passes. There is no doubt that good subwoofers have been made better with the launch of the 2000 Pro series. A better amplifier and better driver ensure that much. The question of performance gains has yet to be determined, but we are guessing that the lessons SVS learned in the design of the 3000 series may have made its way to the 2000 Pros, and if that is the case, we can expect series gains, especially in mid-bass frequencies. However, that is just speculation on our part. Stay tuned to Audioholics for our full review of the SVS 2000 Pro series (even if it is going to take a long while before that happens…hey, we have lots of great content coming to keep you busy until then!)