Perlisten D215s: Is This the Most Accurate Subwoofer on the Planet? 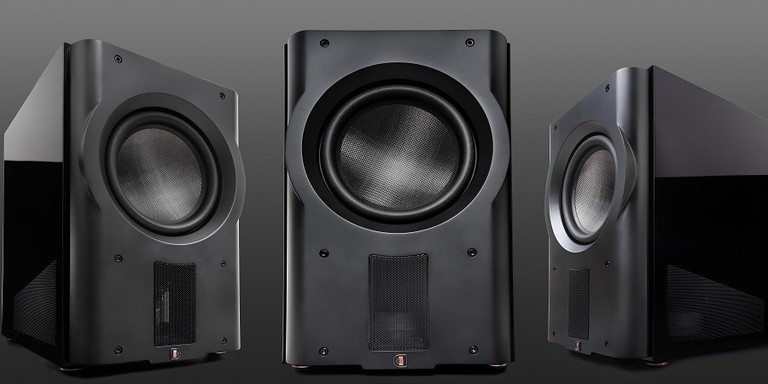 We were left deeply impressed by Perlisten’s S7t in our recent review of that tower speaker, not just by the superbly neutral response but also by the fantastically low distortion combined with its wide dynamic range. This perked up our interest in their subwoofer line which features an innovative “push-pull” driver alignment. Aside from its state-of-the-art driver and amplifier technologies, the Perlisten D212s and D215s subwoofers also mount the drivers in such a way that can dramatically lower distortion. So how low can distortion be pushed down in a subwoofer? We decided to find out by taking a drive to Perlisten’s headquarters in Wisconsin and testing one for ourselves. Before we get into our test results, let’s talk about these subs’ designs and what makes them so special. To begin with, all of Perlisten’s subwoofers are using the highest performing drivers in their size class. They have very lightweight carbon-fiber cones driven by an absolutely massive motor and held in place by a solid cast-aluminum frame. The drivers use multiple shorting rings to bring down nonlinearities that stem from inductance that would otherwise have been an issue given the large voice coils. Like the S7t drivers, the Perlisten subwoofers use aluminum voice coils instead of copper or copper-clad aluminum, and for the same reason. To quote our review of the S7t:

“That might seem slightly counter-intuitive seeing as how copper is more conductive, but that extra electrical resistance can be made up by simply using a larger gauge wire, and the larger gauge wire has the added benefit of being better for thermal dispersion since it has a lot more surface area from which to radiate heat. What is more, even with the larger gauge wire, it is still lighter than copper, so using aluminum reduces moving mass, thereby making the driver more sensitive.”

Venting for the drivers is done under the spider in the basket. Perlisten claims an Xmax, which is one way of linear travel, to be more than 30mm for all of their subwoofer drivers. That is a tremendous amount for 12” and 15” drivers and is more like what you would expect to see from a high-excursion 18”. It’s worth mentioning that Perlisten designs and manufactures their drivers from the ground up and do not use an OEM to make their drivers. One measure that Perlisten has taken in reducing distortion in the D215s and D212s has been to arrange the drivers in a push/pull configuration. This is a sealed dual-driver configuration where one driver is mounted with the cone facing outward and the other with the cone facing inward. The drivers are then wired in opposite phase of each other. So the cones of both drivers are moving inward and outward at the same time with respect to the cabinet, although they are moving inward and outward in opposite phase with respect to each other. The advantage of this is that the non-linear motion that only occurs in one way of travel is mitigated by the other driver since motion is restricted by the increase in air pressure by the inward motion of each cone. In other words, the cones are coupled together by the constant level of air pressure inside the sealed cavity, so the motion of one of the cones in one direction is always modulated by the other cone’s opposite direction of travel. If the cone has uneven excursion with respect to inward and outward oscillation (as all drivers do to some extent), that is balanced out by the interior air pressure change created by the opposite motion by the other driver. This reduces even-order harmonic distortions which are created by nonlinear motion in just one direction of the cone’s travel.

Perlisten’s subwoofers are powered by 1,500-watt amps for the single driver models and 3,000-watt amplifiers for the dual driver models. These are extremely sophisticated class-D designs that feature app control (for iOS and Android systems) as well as a top-mounted touch-screen interface. Processing is done by a 32-bit ARM processor, so the computational number-crunching and speed are certainly there. The ARM Cortex Processor analyzes and adjusts the system performance at every millisecond to maintain sound quality and safe operating ranges.

We have spent a lot of time creating adjustment algorithms for how to handle real-world scenarios. For example, if the AC line is lower, then all the limiter thresholds are adjusted accordingly.  This ensures the sub maintains similar sound quality regardless of AC line conditions whereas traditional designs would clip more under these conditions compromising performance and fidelity. Similarly, if the AC line is higher – the sub will take advantage of this as well. For thermals, we have created gradual adjustments to output power to prevent thermal shutdown (think of very long duration, high output scenario). So rather than full shutdown like normal amps, we pull back power temporarily as needed until thermals are cool enough.

Many other aspects of system operation are monitored in real time such as power supply output and current, amplifier temperature, power supply temperature, output voltage and current, short circuit faults, DC offsets, and AC undervoltage/overvoltage. I can’t think of any other subwoofer that has such a sophisticated monitoring system, and it should enable the sub to operate accurately and reliably in a wide range of conditions as well as save it from potentially damaging problems.

One nifty thing about them is that a multiple Perlisten subwoofer system can be controlled as individual subs as well as grouped subs, so you can apply global changes to the entire gang of subs or just make individual changes to any single one of them. This is a great feature for those who prefer to apply EQ changes to all of the subs. What is more is that the Perlisten subs boast an incredible 10-band parametric equalizer, so they can be dialed-in to an extraordinarily fine degree; no external sub EQ is needed at all. The Perlisten subs have dual inputs and outputs for both balanced XLR and unbalanced RCA connectivity. The outputs will be convenient for those who want to daisy-chain subs in a multiple sub system or for those who want to send the signal out to some amplified speakers. The cabinets for the Perlisten subs are massive constructions using heavy-duty HDF instead of the standard MDF and feature an extensive network of internal bracing for a very inert enclosure. The front baffle is over 3” thick so the driver is mounted to a very sturdy surface. At this time, the only available finish is a gloss piano black, but custom finishes can be ordered for a surcharge for those who want something that better matches their decor and are willing to pay for it.

Why, how, and how much, would the ‘RMS’ of non linearities resulting from one forward and one backward movement (w/respect to motor assembly) of two cones, by two drivers simultaneously (and all this twice), be an improvement over the ‘RMS’ of non linearities of one backward and one forward movement of one cone of one single driver (and all that times two)?

Which is what you get when you just put two drivers facing outward, in phase, but sharing the sealed cabinet. So they still moderate each other through their common air spring, just not in push pull.

Do we know a researcher that did AB measurements for both alignments? In an otherwise identical cabinet? Or in two cabinets, where the one with push-pull has a smaller air chamber, as is mentioned in this thread somewhere? (Why would that be, btw?!). Did Perlisten publish anything on that? Any white papers anywhere?

Wayne Parham is the only one that published an actual comparison in this area. One thing Perlisten could do to compare is publish distortion measurements for their single 15" driver sub. If distortion is disproportionately low at -6dB max output versus the D215s, that should be good evidence of the push-pull advantage.
cutedaddy posts on August 22, 2021 17:56
The question that remains object of study in my mind is:

Why, how, and how much, would the ‘RMS’ of non linearities resulting from one forward and one backward movement (w/respect to motor assembly) of two cones, by two drivers simultaneously (and all this twice), be an improvement over the ‘RMS’ of non linearities of one backward and one forward movement of one cone of one single driver (and all that times two)?

Which is what you get when you just put two drivers facing outward, in phase, but sharing the sealed cabinet. So they still moderate each other through their common air spring, just not in push pull.

Do we know a researcher that did AB measurements for both alignments? In an otherwise identical cabinet? Or in two cabinets, where the one with push-pull has a smaller air chamber, as is mentioned in this thread somewhere? (Why would that be, btw?!). Did Perlisten publish anything on that? Any white papers anywhere?
cutedaddy posts on August 22, 2021 17:31

If I understand what is happening correctly with this design, one woofer is excusing outwards away from the motor while the second is excursing outwards towards the motor, and it would be in that action which the distortions of the drivers are minimized.

Anybody? Am I getting this?

As Watne Parham explains, the assymmetry of the cone movement (different non-linearities on the inward excursion than on the outward excursion) are more or less evened out by making one's backward travel coincide with the other's forward travel and vice versa, with respect to the motor assembly.