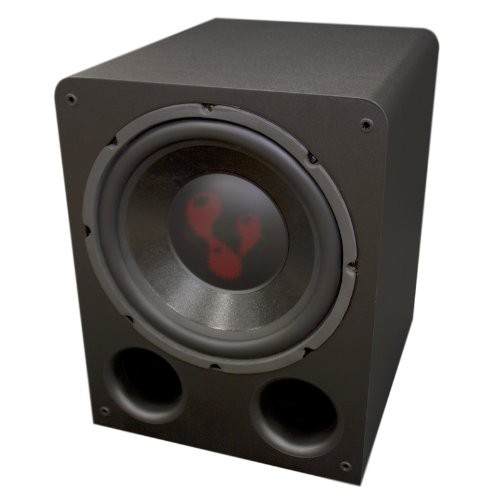 Lava Subs are a relative newcomer to the consumer audio industry whose products are already attracting attention in various online forums for budget minded consumers serious about performance. The LSP12 is Lava’s flagship subwoofer sporting a 12” woofer in a vented enclosure powered by a 250 watt amplifier and retailing for just under $340. When I was first offered the opportunity to review the LSP12, not knowing much about it (other than its retail price) I was quite prepared for or rather anticipated a ho-hum performance from a ho-hum product. In fact the LSP12 was quite the pleasant surprise, to the point I was continually impressed by the performance of this no-frills budget product. So what don’t you get with the LSP12? Besides NOT getting the heavy price tag, you are also NOT getting the extremes of envelope-pushing performance, especially in terms of the extreme low-frequency output you may get from costlier subs populating the marketplace. The LSP12 certainly has its limits, but within those limits, it performs quite well.
Next Page ⇨

I am looking for a subwoofer amp for my towers.

I was wondering what amp would be the best Option to Buy?

Just got the LAVA 12 inch model. One is enough for my 14x17 ft room. I was going to get the Emotiva. But I have a sub that goes to 20 Hz and I've confirmed that it does. And it's accurate. Have had many subs and speakers. I've always looked for the most LF extension I could find. This time I did a bit more research on room excitation. Although extension below 30 Hz is impresive on some material, I decided that I don't care for the air conditioning and other ambient LF studio noise on my TV fare, (CSI New York, for example). Below 30 Hz seems to excite my room to a point that there is always a masking bass decay present (as mentioned in the article on bass room excitation). With the Lava 12, this is gone. I had some residual hum that wasn't present with no input to the sub. I got rid of the hum with a 3-pin to 2-pin power adapter from Wal-mart (about $2 for two of them).

In response to kesando's post I think that the Emotiva Ultra Series 10" sub may be a more comparable one for the Lava LSP12 to go up against. It appears to be more in line performance/rating wise and there is only $9 US separating the two at this date of posting.

Hey Gene, see if Dan can send you one for a comparison test in a “Budget-Sub Rumble”!

The Lava LSP12 and Emotiva Ultra 12 ground plane measurements were not taken in the same environment (the Emotiva outside and the Lava in room), even with a +3db advantage for the Lava the Emotiva kept right up -from what I could tell. Also to note that the Emotiva has a more flexible tuning capability with a variable phase.

Kudos to Lava for offering such a low priced product with high output (in the most usable and noticeable Sub bands) and little port chuffing.

Maybe a small paragraph or two covering the types of speakers these subs would go best with is a nice adder for future sub reviewers to include - just an idea. Also noting what equipment the reviewer used the product with and the room size is always helpful. (I did note the call out of: “All listening tests were done with the LSP12 integrated into a 7.1 HT system, powered by a Denon AVR and EQ’d using the Denon’s built-in Audyssey system. On the sub itself, phase was set at 0?, gain was at 50%, and signal was fed in via the bass managed LFE jack.)” Still kinda generic for a Audioholics review.

Please note I own none of the products mentioned above.

Now I'm wondering if dual Emotiva Ultra 10s would be better over the Lava LSP12? I'm lookin to pick out dual subs for my brothers HT and I'm really liking the Ultra 12 but I'm not sure if he is willing to spend that much. The 10's would be closer in price to the Lava's. If I had to guess he will do 70/30 music/HT. Mabey 60/40 at most
GranteedEV posts on March 10, 2011 11:16
At its price point, I think it is still an upgrade over much of the competition, despite the choice in tuning and high pass filter. I would assume thier logic behind it is that it would keep the drivers from often needing repair.

The Lava LSP12 and Emotiva Ultra 12 ground plane measurements were not taken in the same environment (the Emotiva outside and the Lava in room), even with a +3db advantage for the Lava the Emotiva kept right up -from what I could tell. Also to note that the Emotiva has a more flexible tuning capability with a variable phase.

Although Mark's measurements were done indoors, he calibrated out room effects as stated in his review. You can see the red/blue curve of his calibration file that track very closely. It's not unreasonable to directly compare Mark's 2 meter indoor GP measurements scaled to 1 meter to my 1 meter GP measurements of the Emotiva sub. You will also note that Mark's 1 meter in-room measurement corner loaded measurement without the mic calibration yields very little usable boost in the 20Hz range b/c the sub is so rolled off at that point.
Post Reply