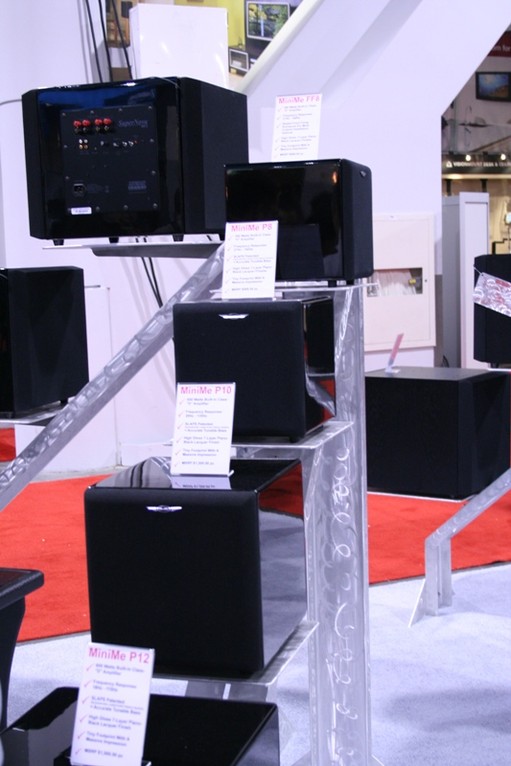 Designed to deliver clean, powerful bass while taking up very little space with their incredibly small footprints, MiniMe subwoofers are the smallest subwoofers Earthquake has ever made and are designed for home theater, music or gaming applications. The MiniMe's 7-layer piano black lacquer cabinet complements any room decor with its neutral appeal, which is sure to please any interior decorator.

The MiniMe's sport a two-driver system. The active drivers incorporate a poly injection cone body and a dual-layer aluminum bobbin voice coil that ensures linear travel as it handles the power delivered by the digital Earthquake amp. Working together with the active driver, the patented SLAPS passive radiator is tuned to deliver to deliver the incredible bass output demanded by today's savvy consumers.

The MiniMe's feature the latest generation of Earthquake's patented Class D amplifier, supplying up to 600 watts of power to enable the MiniMe subs to deliver complex special effects and reproduce musical bass with incredible accuracy and definition.