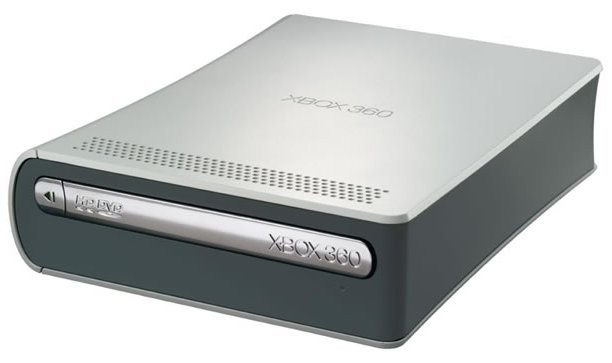 Microsoft announced an impending price cut to the add-on HD-DVD player for the Xbox 360 as well as joining Toshiba’s software promotion at Comic-Con International 2007.

As of August 1st, 2007, the price of the drive will be reduced from its current $199 retail to $179, and any player purchased between August 1st and September 30th, 2007 will be eligible for participation in Toshiba’s ‘Perfect Offer’ and receive five free HD-DVD’s.

Microsoft emphasized the value of the HD-DVD add-on as the most affordable way to enjoy high definition content. With the addition of over $140 dollars worth of retail HD-DVD’s, it is certainly a cost effective way to enjoy actual HD content.

Microsoft also plans promotional efforts to include exclusive Xbox LIVE content to support the release of the HD-DVD versions of ‘300’ and the Heroes: Season 1 boxed set. Available content will include various promotional material including trailers and teaser scenes, and for a limited time, Xbox LIVE members will be able to download the pilot episode of Heroes before the box set is released.

Read the Complete Thread
NeverSeen posts on July 30, 2007 21:00
This makes me happy i waited for the drive. I will probably pick one up next month. The DVDs alone are worth it. i'm thinking i will get:

Category A Apollo 13 Seabiscuit The Chronicles of Riddick
Category B Casablanca Constantine Dukes of Hazzard
Category C Four Brothers Lara Croft: Tomb Raider Sky Captain and the World of Tomorrow
Category D The Rundown Blazing Saddles U2: Rattle and Hum
Category E U-571 The Perfect Storm We Were Soldiers
DavidW posts on July 27, 2007 17:25
The Microsoft announcement says the HD-DVD offer is an extension of Toshiba's “Perfect Offer”.

Which 5 HD DVD Discs and how does one get the discs? What is the disc selection?
Post Reply