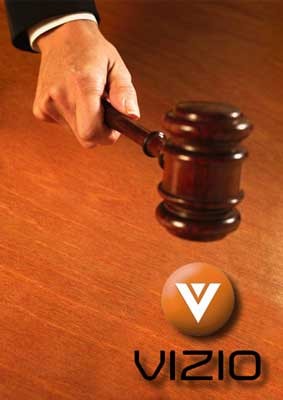 Vizio Being Sued by THE MAN!

Vizio announced this week that it is aware of a suit filed June 2, 2008 in the U.S. District Court in Manhattan by several electronics company competitors alleging that they failed to enter into a licensing agreement for MPEG-2 video compression technology. The plaintiffs include Mitsubishi, Sony, Philips and Samsung among others.

Because Vizio's suppliers (such as Amtran Technology in Taiwan) have licenses for the MPEG-2 patents, the LCD manufacturer believes that these licenses extend to Vizio’s products. Apparently, they've notified their suppliers of the lawsuit and are counting on their full support and cooperation by them in the defense of the lawsuit.

With respect to HDMI licensing and cable manufacturing, a Chinese manufacturer license often extends to the licensee, but only when the licensee is providing only cosmetic changes to the certified and licensed cable... Who knows the legalities surrounding MPEG-2 licensing.

Vizio doesn't seem to think the suit will have a material adverse impact on their business and the company is working to resolve this matter with the companies bringing suit.

Target was sued in April, presumably by the same companies for a similar "infringement" with their Trutech brand of televisions. If the lawsuit is legit, then both companies will be forced to pay the MPEG-2 licensing fees. For Vizio this would be a major blow as, according to DisplaySearch, Vizio shipped 11 percent of all LCDs in the United States in Q4 2007.

Of course, if the MPEG-23 licensing is indeed covered by the manufacturer's blanket license then this will end up being some sort of corporate shakedown effort geared towards evening out the playing field of these low-cost manufacturers.