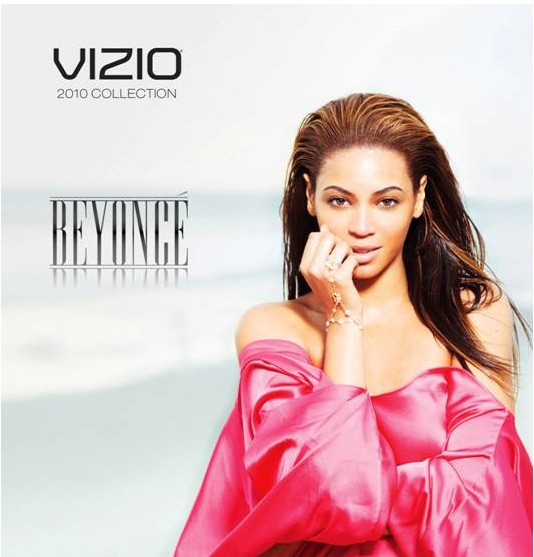 Vizio, the once budget TV maker has used the pricey Superbowl XLIV ad-space and Beyonce in a sexy red dress to rebuild its brand. The new Vizio wants to transform into a leading-edge, Internet connected television with Wi-Fi and loads of Internet apps.

If you watched the Super Bowl you probably saw that hip Vizio ad featuring a sultry Beyonce, David After the Dentist and a Giga-bushel of familiar Internet logos dancing into a Vizio HDTV. Internet connectivity may be television’s hottest new up-and-coming feature - that doesn’t require geeky-glasses.

Vizio’s new VIA line of LED HDTV features Wi-Fi 802.11n and Bluetooth. Yes, you read it right, the fabled Wireless N - the fastest flavor of Wi-Fi, allegedly capable of transmitting HD resolutions with multi-channel audio through your home network.

Using a clever universal remote you’ll be able to interact with your Vizio HDTV with a slide-out QWERTY keyboard. You’ll use the remote’s keypad to tap out messages on social media apps built-into the TV like Twitter and Facebook. You’ll also get access to Yahoo TV, Netflix, Flickr, Amazon On-Demand and a host of other streaming web-TV and Internet services. 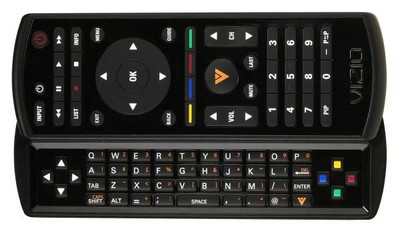 From watching the ad, one could be easily confused into thinking the new line of TVs from Vizio provides a browser and will let users surf the web. Not so, each of the website featured in the ad as logos being added to Vizio's great "machine", are used as separate applications built into the TV. Still, it's an impressive array of functions for a TV set.

The prospect of seemingly unlimited content sources built into your HDTV sounds exciting. But our only reservation is that could quickly end up being a case of quantity-over-quality. Web-TV sources aren't known to push the limits of your HDTV display or audio quality. Meanwhile, the perils of over-compression in HDTV audio/video sources came up earlier this week, when Level 3 Communications announced it would transmit Super Bowl XLIV totally uncompressed. Sadly most viewers with Cable or Satellite services didn’t get to see the full effect of a live HDTV-event in full uncompressed glory.

We’ve already seen the long-term effects of the dumbing down of audio quality. Many consumers these days actually purport a preference for the sound of compressed music in MP3 format. Sure, Internet streaming audio/video doesn’t have to be lower quality than any other digital media source. But the infrastructure of the Internet is still a long way off from providing Blu-ray quality streams to every household in America.

With built-in, ease-of-use factor threatening to make web-to-TV streaming mainstream; will the dumbing-down effect carry over to video quality? Hopefully Cable and Satellite companies will see encroaching video-over-IP competition as an opportunity to consolidate higher-quality audio/video as its key value proposition.

You do realize that this is 7 year old thread and you're grave digging.
What actually might stop me (now) from purchasing Vizio stuff is this:
http://fortune.com/2016/07/27/vizio-leeco-china-tv-buy/
rwwear posts on February 20, 2017 17:06
Having Beyonce as a spokesperson is a sure way to keep me from buying Vizio.
AccessGuy posts on February 10, 2010 23:10
Vizio showing the way to connected..but what about the picture?

I thought the VF552-XVT with VIA was the set I was going to hold out for this Spring, but I am having second thoughts. I visited Sams club to see the VF551-XVT (same picture, just no VIA connectivity) and I thought the picture was not as good as that of several recent Samsung models. In fact, it was not even as good as the VF550-XVT (the non-LED version) and I am thinking they haven't completely mastered the LED technology part.

What's more, I now get Netflix streaming through both my Samsung DVD player in the bedroom and my PS3 in the home theater and I am satisfied with that..especially considering Netflix price…zero! I can also get Pandora, YouTube, and Blockbuster on the Samsung, so I am thinking that paying a premium for the VF552-XVT is something that is not so important. True, the remote is more convenient for entering connectivity info, but once it's been entered it's not really needed anymore, and I don't intend to do any internet browsing on my TV sets, I have computers for that.

In any case, I do applaud Vizio for attempting to lead the pack in terms of conncectivity..but picture quality is the most important consideration for me. If I am wrong, and the VF552-XVT gets tweaked to improve the picture quality I will definitely put it on my consideration list once again.
Post Reply