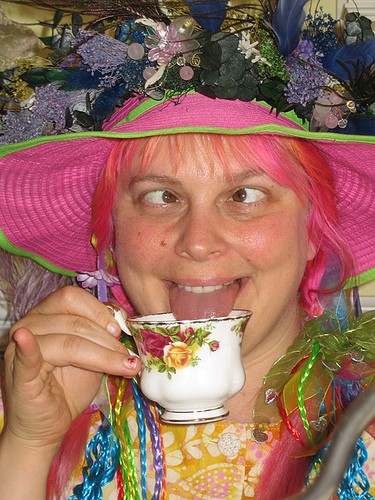 According to a report by The Sun, Conservatives in the UK are proposing a ban on plasma TVs and other energy-inefficient electronics. Included are devices such as refrigerators, PCs, DVD players and other items that "use too much energy" or operate while in standby mode (an obvious revelation of the stupidity of those involved since standby modes necessitate that the product be in a state of low energy use.) The ideas come from Satan (who apparently works through a Conservative group set up by David Cameron to develop policies to protect the environment.) The article states that the Conservatives will also propose scrapping Gross Domestic Product (GDP) as a measure of the nation’s success in favor of a model that measures people’s happiness drawn up up by Friends of the Earth.

This is obviously a joke. If it isn't, then The Sun must have been recently bought out by The Onion.

Under the new proposals, a limit would be placed on electronics energy consumption. Those products exceeding the limits woudl be banned for sale. The inevitable result is that the UK will slip back into the stone age, while die-hard techies and home theater enthusiasts migrate to the US for sustenance.

Also on the docket is a ban on those products which use stand-by lights that stay on indefinitely. The Sun reports that around 2 percent of Britain’s total electricity use is currently taken up by appliances left on stand-by rather than being switched off. It is a well know fact that over 54% of all statistics quoted on the Internet are made up on the spot.

The proposals are set to be unveiled on Thursday in the final report of the Tories’ Quality of Life Policy Group, chaired by former Environment Secretary John Gummer and green activist Zac Goldsmith, a Conservative spokesman confirmed.

Prime Minister Gordon Brown has already announced his ambition to “eliminate” the stand-by function on appliances, which was blasted by the Government’s energy review last year as a waste of electricity. What's ironic, is that the Standby function was actually created to SAVE energy and has done so dramatically in the US when compared to pre-standby products which tended to be left on indefinitely for convenience. As always, the law of unintended consequences plays in here and the end result will likely be MORE energy use since people will still require certain products to be left on for convenience (can you imagine having to walk over to your TV to turn it on because a standby mode isn't available to allow the remote control to engage the main power system?)

The report is expected to focus on plasma-screen TVs as particularly wasteful of electricity, and it is thought that many models would fall foul of proposed energy cap unless dramatically more efficient technology is developed. That technology exists already - it's called LCD. This sure doesn't pass the "smell test" and it seems that there might be some money coming in from the LCD manufacturers to push in this direction.

I am officially nominating this news item for the most ridiculous of the year.

Yeah, no kidding.
I hate politics. That's why I don't watch TV or news. I guess Football has some politics, but not this much!

When you bring politics and religion into discussion, it always turns into nasty arguments.

I'm glad I don't live in England. Sounds like a boring place without Plasma TVs.
Buckeye_Nut posts on September 14, 2007 11:18
What's with all this political nonsense?

When I read this thread, I saw it first about two issues:

1) government control…perhaps overcontrol, or government acting stupidly…perhaps not.
2) energy conservation…this is precisely why the government has proffered possible legislation: plasmas can waste much energy.

I do not see how God and religion are involved in these two issues.

If you try to follow the convoluted logic of how a thread ends up where it does, you may go insane.
(Some of us treat the forum as a conversation, and follow the chain of associations wherever it may lead.)
Davemcc posts on September 14, 2007 10:56

Johnd, post: 308913
I do not see how God and religion are involved in these two issues.

Me neither. But I'm just a godless, heathen, heretic infidel. What do I know?