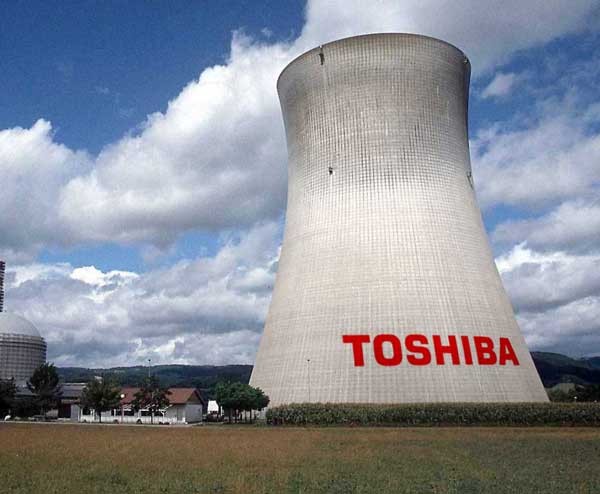 Reuters ran a story this week that Toshiba Corp, primarily known for its consumer electronics, said on Thursday it had launched a new company in the United States, Toshiba American Nuclear Energy Corp, to enhance its nuclear power businesses. Toshiba purchased Westinghouse almost one year ago (in February of 2006) from British Nuclear Fuels for around $5.4 billion. Westinghouse, based outside Pittsburgh, Pennsylvania, is a supplier of nuclear plant products and technologies to utility companies around the world. The company has become a sought-after property because it is bidding to build four nuclear reactors in China.

Toshiba America Nuclear Energy Corp started operation this month with around 30 employees and has the primary mission of marketing and promoting advanced boiling water nuclear power plants and providing support for related services. With oil prices soaring and Americans searching for alternative energy sources, nuclear fuel is finally starting to make a comeback after an almost 30-year dormancy (thanks to media reaction to the successful shutdown of the 3 Mile Island plant).

According to some sources, the US plans to begin production on as many as 30 new nuclear power plants in the next few years. This is hugely welcome news and we hope that America can shove successful nuclear power down the Middle East's throat as soon as possible. This is good for an almost innumerable amount of mostly-obvious reasons.

Toshiba's new company says it will also handle licensing for the 4S, a new system for nuclear power generation that involves a much smaller, safer, underground footprint and eliminates the need for cooling rods - replacing them with neutron reflector panels.

Some info on the 4S (Super Safe, Small and Simple) system from Wikipedia:

[The 4S] is a “nuclear battery” reactor design. It requires only minimal staffing.

The technical specifications of the 4S reactor are unique in the nuclear industry. The actual reactor would be located in sealed, cylindrical vault 30 m (98 ft) underground, while the building above ground would be 22 x 16 x 11 m (72 × 52.5 x 36 ft) in size.

The 4S power plant is designed to provide 10 Megawatts of power - enough for around 30,000 homes.

The 4S uses neutron reflector panels around the perimeter to maintain neutron density. These reflector panels replace complicated control rods, yet keep the ability to shut down the nuclear reaction in case of an emergency. Additionally, the Toshiba 4S utilizes liquid sodium as a coolant, allowing the reactor to operate 200 degrees hotter than if it used water. This means that the reactor is depressurized, as water at this temperature would run at thousands of pounds per square inch.

The reactor is expected to provide electric energy for between 5 and 13 cents/kWh, factoring in only operating costs. On paper, it has been determined that the reactor could run for 30 years without being refueled.

If Florida were to entertain this type of new energy source - with the promise of reduced fuel costs to go with it - I would be all over it. Hopefully nuclear energy take a strong foothold in America in the next decade and we can reduce our dependency on foreign countries energy sources, eliminating our need to get so involved in so many of their non human rights-related affairs. Who knows, someday you might be watching the news on a Toshiba super-thin LCD television running off of Toshiba nuclear power.

stratman, post: 400851
Well I haven't figured that one, but the roaches………they're plausible.

Come on H! The cockroaches that survive all the radiation! They'll mutate into audionuts and keep the whole enchilada going!
Halon451 posts on April 14, 2008 09:00
Quick question for you: Who's going to operate them?
Post Reply