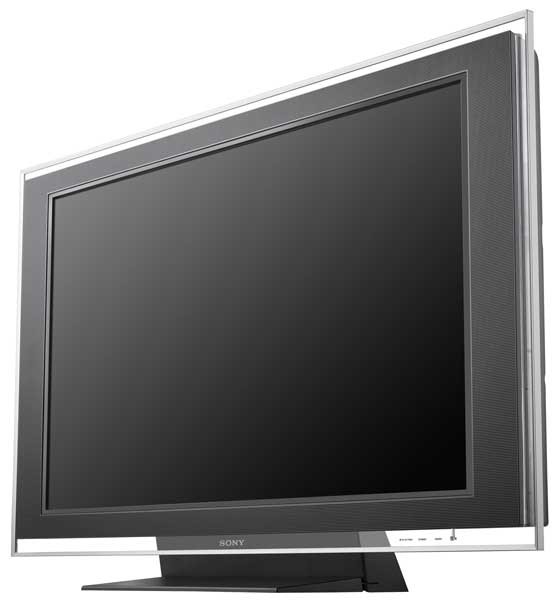 All of the new models in the line feature Sony’s Digital Media Extender (DMeX), offering a digital connection for the BRAVIA Internet Video Link module (sold separately), which allows users to view select Internet video, including high-definition content, from the comfort of their living room from providers like AOL, Yahoo! and Grouper, as well as Sony Pictures Entertainment and Sony BMG Music.

The module mounts on the back of a compatible Sony television and connects directly to the Internet via an existing broadband Ethernet connection (3 Mbps or higher) without the use of a personal computer. The feature will give users access to select Internet video, music videos, movie trailers, user generated videos and RSS feeds without additional charges.

Sony’s Emmy® Award-winning Xross Media Bar™ (XMB) interface provides seamless access to various Internet video channels, as well as traditional broadcast, cable and satellite offerings, in addition to any user-generated content. The XMB incorporates an advanced but simple to use HD graphic user interface to maneuver through the menu systems easily and quickly.

Also simplifying operation is Sony’s BRAVIA Theatre Sync™ feature with its one-button command, which integrates the operation of the television with supporting external components connected via an HDMI™ input (based on industry standard HDMI-CEC). Through a simple one-button click of the remote, users can easily enjoy viewing a Blu-ray Disc™ movie, listening to surround sound audio via an AV receiver, and controlling other components, all over just one single cable connection avoiding the hassle of powering on individual components, changing AV receiver audio input, switching TV video inputs, etc. (HDMI cable sold separately.)

Developed in consultation with the Sony Pictures Entertainment movie studio, the new BRAVIA HDTVs feature Theater Mode that adjusts the TV to display movies, better preserving the mood and detail that the filmmaker intended. When the Theater button on the television’s remote control is selected, the TV automatically adjusts settings to one that has been specifically optimized for BRAVIA LCD and SXRD display technology. Sony’s Theater Mode is the result of consultation with the people who bring Blu-ray disc and DVD for home viewing to reproduce an exceptional cinematic experience of the movie theater in your living room..

BRAVIA TVs are not just optimized for movies, however. Increasingly, people want to view photos from their compatible digital cameras on their large-screen HDTV sets, expanding beyond just viewing them on computer monitors. The new Photo TV HD mode brings the look of actual printed photography to the set reproducing high quality digital photos by fine-tuning parameters, including sharpness, gradation and color.

Featuring an elegant brushed metal picture frame bezel, the new W-series includes the 52-inch KDL-52W3000, 46-inch KDL-46W3000 and 40-inch KDL-40W3000. The full HD 1080p models feature Live Color Creation™ technology with WCG-CCFL backlight and 10-bit processing with a 10-bit panel, which has the capability to deliver 64 times the level of color expression than 8-bit panels. The result is a smoother transition between colors and more natural, accurate reproduction of subtle color changes.

Enhancing image quality further is the adoption of the new industry color standard for video, xvYCC, also referred to as x.v.Color™ technology. This standard expands the potential color data range of video by about 1.8 times resulting in the display of more natural and vivid colors similar to what the human eye can actually see with supporting video sources. This technology is a perfect complement to Sony’s HD camcorder models, which capture color range beyond what broadcasters currently deliver.

When high-definition signals are available, however, the sets feature 1080p input capability via HDMI, component, and PC inputs (with supporting PC graphics cards) for an outstanding picture. Additionally, the HD component and HDMI inputs are compatible with both 1080/60p and 1080/24p sources (24p True Cinema). Both XBR model lines offer Sony’s Motionflow 120Hz high frame rate. The Motionflow technology creates 60 unique frames between each of the existing 60 frames, doubling the frames displayed per second in real-time, further improving images for fast action sports and other programming. Motionflow 120Hz high frame rate effectively eliminates motion artifacts (“judder”) while watching content filmed at 24 frames-per-second. This means with all of your existing DVDs or broadcast movies and prime-time TV series, you can enjoy all the detail even with moving objects.

All models will be offered direct at sonystyle.com and at Sony Style stores nationwide, as well military base exchanges and authorized Sony retailers throughout the country.

davidtwotrees, post: 275439
The least expensive model is a 40“ for $2700……..hopefully all you audioholics will be looking to unload your ”old and tired" last years models and I can sneak in that way!

Forget it! I'm sticking with my 46v2500 even with the not-so-bad-as-they-say clouding issue and the deepcolor technology along with hdmi 1.3. I LOVE this tv. It's sleek and sexy and looks amazing in hd when correctly calibrated. Best blacks I've seen from an LCD tv yet. I don't care for the new models. I'll be watching that set for another 10 years! Find yourself another seller my man! :P
davidtwotrees posts on June 11, 2007 19:17
The least expensive model is a 40“ for $2700……..hopefully all you audioholics will be looking to unload your ”old and tired" last years models and I can sneak in that way!
3x10^8 posts on June 09, 2007 00:36
I'm currently in the market for a flat panel and the specs on these new sets from Sony definitely look very promising. Hopefully, Sony has addressed/resolved some of the clouding issues reported with some of their previous sets of LCD televisions.
Post Reply