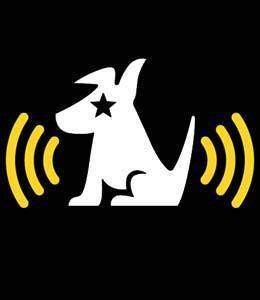 Sirius XM Satellite radio has been working with advisers in preparation for a possible bankruptcy filing. The New York Times reported late yesterday afternoon that all the preparations for the ailing satellite radio company’s Chapter 11 filing is nearing completion. But don’t despair Sirius XM fans - there is speculation that Dish Network Chief Exec Charles Ergen might save the day.

The satellite radio duo is in serious debt to the tune of $3.25 billion. Sirius XM boss Mel Karmazin is said to be trying to pay off $175 million before a Feb 17 deadline or risk a takeover and possible default.

A few facts about Dish Network and Sirius XM

Ergen is said to own a substantial chunk of Sirius XM debt. The satellite radio company has been working with restructuring and bankruptcy attorneys. But a Chapter 11 filing by Sirius XM could be bad business for Dish Network and it’s boss Charles Ergen. Mr. Ergen has already mobilized in an effort to save the company by offering hundreds of millions in capital to assist the destitute company.

So far, Charles Ergen hasn’t talked about buying up the company’s remaining debt. However, it’s widely suspected that he may do so to avoid Sirius XM being auctioned off in court.

It’s indeed a sad day for XM Sirius. It’s long been speculated by certain persons (who shall go nameless) that Sirius XM was liable to be short-lived all along.

But for those of you who actually use the service - take heart! Don’t start selling off your satellite radio equipment in some rash fire-sale. Even if the current worst-case scenario occurs and the company doesn’t get saved by a white knight astride faithful green-backs and it’s forced to file Chapter 11 – that doesn’t exactly make it The day the music died.

Sirius XM is likely to keep operating right through the process and might just come out of it leaner, meaner and restructured with a new lease on life. That’s the sunny outlook. A pessimistic outlook might say that given the current economic climate restructuring Sirius XM debts could simply be more than it’s worth and we may someday call it another casualty of the late 2000 recession. 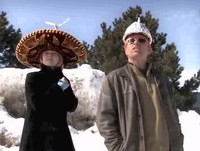 Then strange-looking young people in the future may ask: Whatever happened to Satellite Radio?

Guess I came to the party a little late. I just got my new company car, and it has a free 1-yr subscription to XM Serius. I drive about 1000 miles a week, and was really enjoying several of the music stations (Loft, Deep tracks, Coffee House, etc)
mtrycrafts posts on February 14, 2009 23:04
[QUOTE=Wayde Robson;522900…
· If Sirius XM does file Chapter 11 (and even if Ergan does an 11th hour purchase) it may spell the end of some of its high powered contracts such as Howard Stern who costs the company $500 million for five years.

I was just going to comment about those stratospheric contracts, no wonder they are in deep doodoo.
nobama posts on February 14, 2009 14:10
i signed up for XM for MLB. but since the yankees have sucked so badly and the steroids mess, i really dont even listen to the XM anymore.

and i hate the automatic renewals. i only need one radio. they uswed to auto-renew for my other 2. now i just have 2 and rarely listen to either. reception sux anyway.
tonedeaf posts on February 14, 2009 12:28
I invested in sirius some 4 years ago.Paid a good buck for the stock.Howard stern and their selection of a ceo swayed me.At last look my stock was worth 17 cents.
Paulie350 posts on February 14, 2009 11:52
howard stern is the only reason why i bought sirius in the first place. thats the only 2 channels worth listening to,
Post Reply