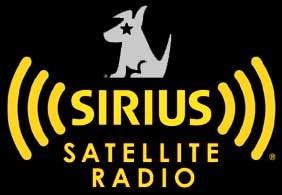 Kevin Martin, chairman of the Federal Communications Commission (FCC), is recommending approval of the $5 billion merger between the nation's only two satellite radio broadcasters. The only caveats he inserted were some concessions that include:

According to an AP report, Martin was quoted as saying "As I've indicated before, this is an unusual situation. I am recommending that with the voluntary commitments they (the companies) have offered, on balance, this transaction would be in the public interest."

This deal has faced scrutiny and opposition from a variety of sources, not the least of which is the land-based radio industry who claimed the deal will create a monopoly. Uh, yeah it will. Also opposed was the National Association of Broadcasters (NAB) who failed to block the approval despite an expensive ad and lobbying campaign.

Sirius CEO Mel Karmazin has pledged that the combined company will offer pricing plans ranging from $6.99 per month for 50 channels offered by one service, up to $16.99 a month, where subscribers would keep their existing service plus choose channels offered by the other service.

Karmazin also said he will allow customers to choose and pay for only the channels they want. The "a la carte" option will require new radios, the companies have said.

In addition, the companies have pledged to offer radios that are capable of receiving both services within one year. Considering this was part of the initial FCC agreement 11 years ago - and the players never materialized - we don't recommend anyone hold their breath on how quickly these hybrids will make it to market.

The companies agreed to turn over 8 percent of their satellite capacity, which works out to 12 channels apiece for noncommercial programmers and for those who have "not been traditionally represented" in radio, according to Martin.

As with most government programs destined for failure and budget overruns, the details on exactly how this system would work have yet to be worked out, according to FCC officials.

By the way, it was surprising that both companies still survive until now. Their existence is just so weak that I thought they had gone bankrupt a long time ago. ;p
Post Reply