Robots Will Kill Us All 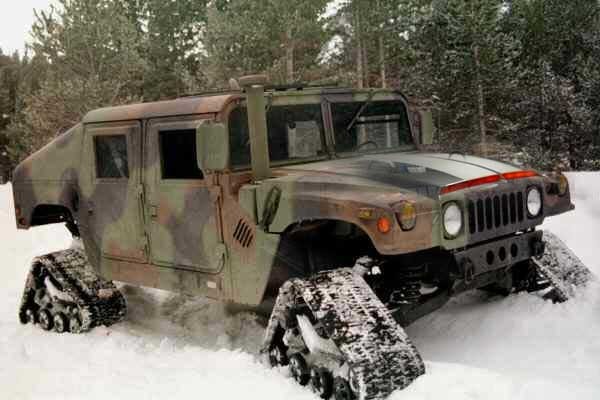 OK, this may not be directly related to home theater, but every geek I know has a soft spot for robots. It now seems that the department of paranoia, I mean the Associated Press, is bringing to light the possibility of robot terrorism in the United States and throughout the world. Yes, Isaac Asimov would be proud indeed. The article quoted military experts who seem to believe that it's only a matter of time until terrorists think to use unmanned drones in random attacks against civilian targets (the terrorists just aren't very effective against any military targets it seems).

At the Royal United Services Institute forum this week experts discussed how the know-how and materials for manufacturing lethal, improvised robots are easily available. Ideas thrown out included the thought of an unmanned Cessna programmed to fly into a building (that's funny, I swore they already demonstrated a willingness to pilot those planes themselves). To their credit, they did come up with some other concepts, such as toy (model) aircraft strapped with explosives and land-based vehicles which could go behind the lines and detonate at will.

The "scary" part behind these ideas is not so much their originality as it is their ability to a) fly under radar, and b) be easily constructed for relatively little money. For now, the good news is that complex, long-range guidance systems are very difficult and expensive to create - meaning that most applications of robot technology will be "dumb" and short-range. In 2003, six Hamas militants died in an explosion as they were examining a remote-controlled model airplane that Israel and Hamas said was intended to be used in an attack (am I the only one who thinks it's funny when terrorists accidentally blow themselves up?)

Obviously, the concept of unmanned aircraft is a serious consideration in the United States. Unmanned hunter-killer planes like the U.S. Predator also playing an ever increasing role in the U.S. war effort in Iraq and elsewhere. If that weren't clear enough, the Pentagon is requesting $3.4 billion for 2008 to fund its unmanned aircraft programs.

A strategy document put out by the U.S. Department of Defense last year outlined plans to automate a third of the Army's new ground combat vehicles by 2015. There, I brought it back. Knight Rider meets the US Army in a fleet of automated, smart vehicles that drive soldiers into battle.

You mean “Robots Will Kill Us All”?

Catchy, but not a chance to be come a reality.

Brillant ideas on pork the use of pork weaons against jihadists.

Yeah, but admit it - my title was catchy! lol

Any weapon in existence may, at some point, be used by terrorists. We know that. So, essentially the same article can be written any time any weapon is manufactured. Not really news.

Given this, however, I did see elsewhere a good suggestion for dealing with future threats from Islamic terrorists: make sure all future weapons that we develop are made from pork.. That's good thinkin'.