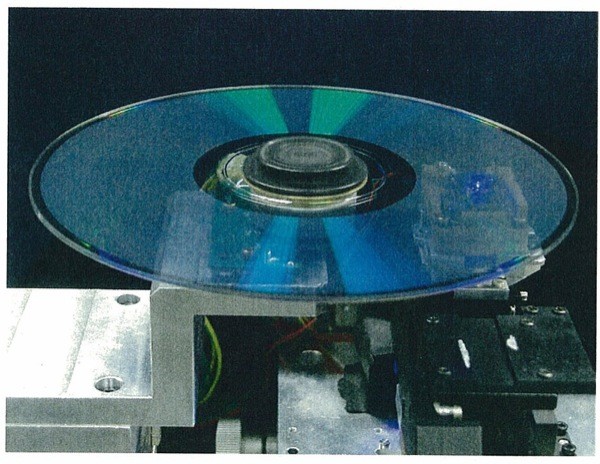 A math problem for 21st Century grade school student might look like this: At 25 GB per layer, how many layers would it take to provide a Blu-ray disc with a 400 GB capacity? The answer is 16 layers and it’s no longer a hypothetical scenario, that’s exactly what Pioneer has just pulled off.

A Pioneer press release has just announced that it’s successfully cracked 16-layers on a Blu-ray disc and created the first with a 400 GB capacity. So far it’s only produced a read-only disc but Pioneer expects to use the same multilayer technology with recordable discs soon.

It reminds me of a Saturday Night Live spoof of those razor blade commercials:

“The closest shave known to man with 16-blades per stroke – enough blades to take your face clean off, with all the comfort of a patented aloe gel-strip!”

But seriously, a 400 GB read-only optical disc has a lot of practical application – unlike a 16-blade razor or even a six-minute ab workout.

Imagine having the Dirty Harry Blu-ray Box Set on one disc with special features or viewing the entire director’s cut Lord of the Rings Trilogy, without having to get up once to switch discs. It’s a panacea for couch potatoes everywhere and Pioneer is even boasting about multi-layer Blu-ray’s conservation appeal. Fewer discs and less packaging equal a reduction of your HD movie collection’s ecological footprint.

The big question is whether or not the new discs will be playable on existing BD players. The press release alludes “…it is possible…” but EngadgetHD suggests that it may require modified optics. The matter should be cleared up when Pioneer presents details of its breakthrough at the International Symposium on Optical Memory and Optical Data Storage 2008 in Hawaii on July 13.

Read the Complete Thread
MapleSyrup posts on July 08, 2008 10:17
I'd like it if these “monster” discs (I used that word intentionally. Bring it on Monster Cables) included CD or even high resolution tracks of the music played dring the movie on the disc. Me likes the idea of not having to run out and by the music recordings separately.
Wayde Robson posts on July 08, 2008 00:02

It might even be worth buying the in-store, extended warranty for the disc.

assuming they dont remove the protective layer, a blu-ray disk is hard as hell to severely damage. even scissors dont scratch it enough :O
hodedofome posts on July 07, 2008 23:03
It is further proof though that Pioneer does exactly what their name suggests, do stuff that nobody else can do thus far. Wish they were a bigger market player, just think if they got to call the shots like Sony, we might have had a blu-ray format completed a few years ago…
hopjohn posts on July 07, 2008 21:59

Ditto, I was thinking the very same thing, making these types of discs (if they can be done in mass) virtually “un-rentable”. Following the money…eghhh not gonna happen.
Post Reply