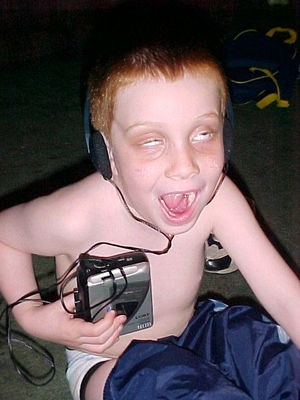 Audioholics has raved against what Gene calls the dumbing down of audio and warned that no good is coming of it. Well, it’s now official. A new generation of music listeners has had their ‘listening ears’ so corrupted by digital compression they’ve learned to actually prefer hyper-compressed MP3s.

Jonathan Berger is a music professor at Stanford University that has conducted acoustic tests with each year’s new crop of students. He has them do some critical listening to music from a variety of sources which includes formats that range from compressed MP3s to much higher quality.

To Prof. Berger’s dismay new students increasingly prefer the tinny sounds given off by MP3s.  But, how can this be? Anyone who has performed back-to-back comparisons between 128-bit MP3s and CD recordings on a hi-fi system can hear significant differences. You’d have to be practically hearing impaired to pick the MP3 over the higher quality recording.

The professor believes the reason has more to do with psychology than audiology. Professor Berger believes it’s just what kids these days are used to hearing so it’s literally altering their perception of what sounds “good”.

So, a preference for crappy sound is actually becoming learned behavior. The observation may call into question the ongoing debate among audiophiles about the difference between digital and analog. Is the preference for vinyl or CD also a learned behavior? Maybe the presence of those minute pops and crackles when stylus makes contact with vinyl take the analog-audiophile to happy place where they first learned to appreciate music.

Regardless of where you stand on the digital/analogue divide, most Audioholics know when they hear a limited dynamic range and flat linear response. Most of us have heard various audio sources including live performances. Perhaps the majority of these new-kids are just not exposed to enough different music and audio.

Youngsters who got their first taste of pop-music from iPod ear-buds might be predisposed to actually like a tinny, compressed recording. The implications are horrible: As Gene’s editorial has noted - quality audio is already being marginalized into a niche market. Is it just going to keep on getting worse?

The Rise of the MP3

The MP3 rose to prominence on P2P file sharing programs in the late 90s early 2000s. In contrast this time-period happened to be the height of the SACD/DVD-Audio format war. The new high resolution, multi-channel disc formats represented the ultimate in acoustic quality from a digital source. The MP3 represented the ultimate in digital scalability with a massive trade off in sound-quality. Needless to say the SACD/DVD-Audio format war was quickly eclipsed by MP3s and Apple’s iTunes went on to become the number one music retailer.

Somehow the 128-bit MP3 became the de-facto standard in digital compression. I blame Apple and iTunes for getting so many younger music listeners acclimated to the soft frequency response of low-bit audio files.

Many mistake Home Theater in a Box or stock car-stereo systems to be the ultimate in sound quality. Once hi-fi was synonymous with music listening, today fine audio is a niche market. We regularly see patronizing marketing slogans like “Great Sound Quality” in electronics that we know posses anything but.

Now that a generation of youngsters prefers the sound of over-compressed MP3s; how much worse can it get?

Could we arrive at an Orwellian future where any critical listening or observation of sound quality is treated as an adverse psychological condition?

Read the Complete Thread
Steve. posts on October 27, 2012 21:22
I know…all my kids have now is iPod music on their horrible iPod based “stereos” . Horrible sounding… That's OK though because after listening to that and my crappy stock car stereo after driving for 8 hours it's really nice to retreat to man town and listen to some good music on a quality system.
Mar34ilynh posts on October 13, 2012 10:29
that I was listening to Tapes.

tomd51, post: 536031
…it's blatently obvious the masses prefer portability over quality when it comes to music….

What kills me when I hear this is that they can have both. In this age of cheap storage and lossless compression codecs, it's very easy and managable to have quality and portability. My iPod is portable (of course) and I only have uncompressed wav files straight off my CDs on it. The two concepts aren't mutually exclusive.
Ariii posts on June 02, 2012 23:56
Honestly, some clean guitar things sound way better to me when the recording quality is horrible, since the fuzziness actually makes it sound amazing. Especially the song I referenced in another thread, Guitarazzo. Personally, I'm not that audiophilic, but I can't miss any instrument in a recording, and my $5 headphones actually bring each instrument out pretty well on my AAC-encoded music at the highest quality. I'm 13 and completely hate most of the pop music out there right now, if that would make any difference. And it's slightly true, most kids I know have no care at all for the recording quality of their rap/hip-hop music as long as they're listening to it on their $200 headphones.
STRONGBADF1 posts on May 11, 2012 13:55