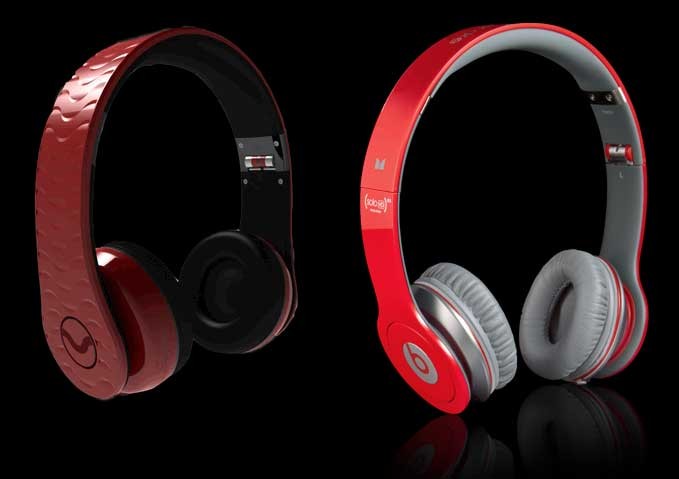 On Monday, Fanny Wang Headphone Co. appeared in San Francisco Federal Court to argue a motion filed by Monster Cable and Beats Electronics to prevent them from showing their new headphones at CES, a product that would inevitably raise the bar in style and sound against Beats by Dr. Dre.  The judge denied the restraining order indicating that there is insufficient evidence that the new headphones infringe on patents and trade dress as alleged by Monster.

Fanny Wang successfully argued that the on-ear headphones do not infringe on Monster Cable's design patent due to its distinct ornamental design, also arguing that the functional elements (hinges and slides) are not protected under design patent law. In court, Fanny Wang also showed examples of similar unibody designs from Shure, Sony and others to illustrate the trend in this style.  Fanny Wang also contrasted the marketing of their product, which features strong, exotic, female models, to Beats spokesperson, Dr. Dre.

"We aren’t surprised by the judge's ruling that there is insufficient evidence supporting Monster’s allegations.  We really feel that Monster and Beats purposely created unnecessary burden by timing their motion to coincide with CES. Justice has prevailed, and now consumers, retailers and distributors will be able to compare the headphone products based on design and performance."

Such lawsuits are not uncommon for Monster Cable. Online records show that Monster has sued 10 companies just since Christmas. Details regarding the Monster Cable and Beats Electronics lawsuit against Fanny Wang (California Northern District Court, Case Number: 3:2010cv05680) are at www.FannyWang.com.

Fanny Wang Headphone Co.
Fanny Wang Headphone Co. is a new line of ultra premium headphones, which launched on December 10, 2010, and is now shipping. With fashion brands outpacing tech brands over the last year, Fanny Wang is setting itself apart by providing a superior sound, eye-catching style and competitive pricing – the best of fashion and technology for audio.   The headphones are available on the Fanny Wang website.

Elite, I believe is what Pioneer has a trademark on in the A/V industry, as they do with Kuro.

It is not that they can't lose that trademark, but much like Monster ™ does, the use of common words that are uniquely applied within an industry can hold legal trademark status.

At least, that's what I've read and seen in the past.

Can you patent an everyday term? Kuro means black. The “K” in most Panasonic models (telephones, blu-ray players, etc.) stands for “Black”.

Shiitaki, post: 780190
6- Change the name! I suggest Kuro, it looks and sounds cool, and you'll be stealing that too, but don't worry, Pioneer isn't using it anyway.