Is This the End of DVD Copying? 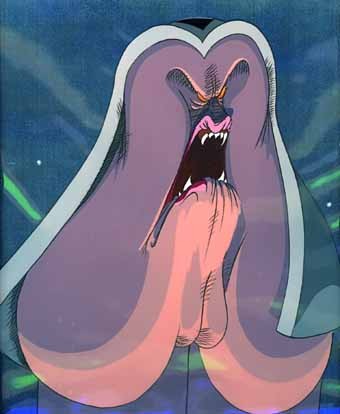 We need new judges in America

At time when content seems to be pushing towards Blu-ray, it seems almost surreal that California courts are undoing a two-year old ruling that paved the way for content owners to finally back up their DVDs to hard drives and push forward into the digital millennium. To say that this has been a week of setbacks for the industry as a whole is an understatement.

One day after a RealNetworks received an injunction on its RealDVD software, a California appeals court (gotta love those Californians who want the rest of the country to fall in line with them) overturned a prior ruling that, in effect, might force Kaleidescape to cease production of its DVD movie servers... And to think we had wondered why they had yet to release a Blu-ray version!

The issue at stake in both cases is CSS, or the DVD Content Scramble System, which tey claim is violated (this marking a DRM violation) each time a disc is copied. Back in 2004, Kaleidescape was sued by the DVD CCA, the group responsible for licensing the CSS for DVDs. It went back and forth, but the bottom line is that Kaleidescape (and we believe rightly) argued that no such language existed to keep them from manufacturing products which copied DVDs - provided the CSS was left intact. A judge agreed with Kaleidescape (and the rest of the CE industry) in 2007, finding that there was no breach of contract. Almost immediately, the DVD CCA took steps to modify their licensing agreement to require the presence of a physical DVD during playback:

The DVD CCA appealed the 2007 decision and on Wednesday the two-year-old ruling was overturned with the DVD CCA commenting:

"The Appellate Court recognized what we have maintained all along, Kaleidescape had agreed to a complete contract that mandated certain requirements with which devices must conform in order to be Content Scramble System (CSS) compliant. We look forward to returning to the trial court to obtain an injunction requiring Kaleidescape to comply with its contractual obligations under the CSS license agreement and specifications."

This is one of the worst things the DVD CCA could have done and will likely result in the further erosion of the DVD format and a tremendous uprising in illegal software copying activities. Since the content industry is making little progress in successfully providing a means of growing the digital libraries of consumers - and forcing the physical disc upon them - it's a natural, and historical probability that consumers will seek other means to attain their goals.

The case is slated to move to Superior Court in Santa Clara County in California to be re-examined. If Kaleidescape loses then an injunction could be imposed to ban production of Kaleidescape's server products.

To say this is a tremendous step backwards for an industry that is increasingly headed towards digital media storage and streaming content goes without saying. Let's hope the next round of examinations goes in favor of common sense and the rights of people to store and backup their owned content.

Read the Complete Thread
fredk posts on August 17, 2009 10:33
Possession being 9/10s of the law, I know who owns my digital media. So the industry just got itself a bigger sieve to hold its water. Its still a sieve.
smurphy522 posts on August 17, 2009 02:55
Those who want to copy DVDs will have to rely on Slysoft AnyDVD and DVD Shrink 3.2. Big deal, buy Slysoft for $30 and download DVD Shrink 3.2 for free. I have only a few DVDs that ever have issues. No need for anything else!

Pretty much my understanding. You could also think of it as a long term lease.

That's the judge in The Trial animation sequence from Pink Floyd's The Wall.
Post Reply