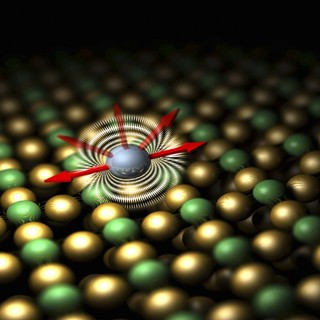 Noano-based storage in our future

Times Online is reporting on progress of a new storage memory that promises to pick up where Flash memory is currently at - expanding storage, extending shelf life and lowering power requirements. We're not certain if this is at all related to the "Millipede project" nano-based storage technology rumored back in 2002 but it certainly seems to bear some resemblance.

The memory would pack a hundred bits of data on a single nanowire, could potentially store 10 to 100 times more data than flash while operating at much faster speeds. Of course, it also bears the same strengths as Flash since there are no moving parts to wear out over time. Once brought to market, mobile phones, iPods and other consumer devices would be able to hold orders of magnitude more storage than they can today.

Devices using this new storage technology would require much less power and could potentially run on a single battery charge for "weeks at a time". The memory is said to last for decades under expected use. Compare this to flash which can only handle thousands of uses before becoming potentially unreliable.

Tech Talk: IBM's version of "racetrack memory" uses an electric current to move the magnetic domains along an U-shaped nanoscopic wire. As current is passing through the wire, the domains move over the magnetic read/write heads positioned at the bottom of the U, which alter the domains to record patterns of bits. The storage devices using this technology will have literally millions of these nanoscopic wires.

The end result is that racetrack memory operates at far higher speeds than platter-based memory or even flash-based memory. This also includes write times, which have been problematic in the past.

To put this in perspective, Apple's latest iPod can store around 40,000 songs onto 160GB. An iPod built around this new storage technology could easily store over half a million songs and potentially run longer.

For those interested in more than storage, this technology also has ramifications for Moore's Law, which roughly states that the number of inexpensive transistors that can be placed on a microchip will grow exponentially, causing computing speed to double roughly every two years. Moore's law was headed for a showdown against the laws of physics sometime around 2020 - however breakthroughs such as this may allow it to progress.

Unfortunately, IBM has said the technology continues to be "exploratory" at this stage, but that it expected devices which used it to be on the market within ten years. We've already been waiting for 6+ years, what's 10 more...