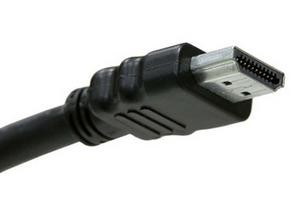 The biggest hold-up for HDMI 1.3 has been the availability of the transmitter and receiver chips. Silicon Image Inc. has released and deployed four new pieces of silicon, including two receiver chips that they indicate will be priced low enough to encourage manufacturers to place the new chips into mid-priced displays and televisions. Silicon Image said manufacturers could use the SiI9125 dual-input HDMI receiver as a drop-in upgrade to add HDMI 1.3 capabilities to HDTVs (not all of the HDMI 1.3 spec is mandatory and features liek Deep Color would presumably require additional hardware modifications). Its other new receiver, the SiI9135, supports high-bit-rate audio like DTS-HD and Dolby True HD and is specifically targeted towards A/V receivers and processors.

The SiI9135 and SiI9134 chips are designed to work together as transmitter and receiver and will enable televisions and source components like Blu-ray and HD DVD players, for example, to mate and provide a complete path for HDMI 1.3 signals. Only the Sil9134 receiver is designed with Deep Color capabilities at this time, so don't expect full compatibility (on a wide scale) with source components just yet.

The SiI9125 receiver also enables HDTVs to display Deep Color content transmitted by products like the Sony PS3 and Toshiba HD-XA2 HD DVD players and allows dual HDMI inputs for simultaneous connection of HDMI source devices to a digital display. SA-CD and DVD-Audio are also supported, though many receiver manufacturers are opting to avoid integrating native DSD decoding in their products.

Tech Note:
The SiI9185 three-to-one switch is suited for use in the back panel of HDTVs, where consumers would plug in multiple devices. The SiI9181 one-to-one switch is suited for the front or side panel. The devices include built-in support for the underutilized CEC (Consumer Electronic Control) functionality, and both integrate Extended Display Identification Data (EDID) RAM, eliminating the need for external EDID read-only memory for each HDMI port.

The devices offer a very low-power standby mode and are available to manufacturers in quantity immediately.

Dezoris, post: 258640
The two chipsets mentioned in this article seemed to be the rush to market solutions.

jcPanny, post: 258693
Obviously there are already HDMI 1.3 transmitter chips out that are used on the PS3's that have been shipping since last November. My impresisons is that the new models attempt to make the chipset more cost effective by sacraficing full compatibility.

Obviously there are already HDMI 1.3 transmitter chips out that are used on the PS3's that have been shipping since last November. My impresisons is that the new models attempt to make the chipset more cost effective by sacraficing full compatibility.
Dezoris posts on March 27, 2007 13:34
The two chipsets mentioned in this article seemed to be the rush to market solutions.

What is the likely hood a revision will be made or a better solution will be offered soon after?