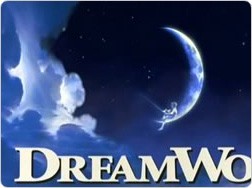 Stuck in a Contract?

How much money did Toshiba lose developing and promoting its doomed disc format? We may never know the wealth hemorrhaged by the Japanese electronics manufacturer. News of studio payoffs have come to light and continue to haunt DreamWorks.

Toshiba spent millions keeping studios on its side. It was rumored last summer that Toshiba paid Paramount (and sister company DreamWorks) $150 million to keep away from Blu-ray.

Since the announcement that Toshiba is dropping the format, HD DVD holdouts Universal and Paramount have been quick to jump on the Blu-ray bandwagon. But Paramount’s walk across the floor didn’t translate to DreamWorks and the studio is finding that it still can’t jump off the HD DVD train.

DreamWorks is still bound by its contract with Toshiba to keep releasing movies on HD DVD. Neither Toshiba’s surrender in the format war nor Paramount’s move to Blu-ray has apparently altered DreamWorks obligation.

“We have a partnership with Toshiba and have an obligation to see this through.  A you know, we have been well compensated for our support. It really is in their court at this point…”

So, DreamWorks is stuck until Toshiba releases them from its obligation. One estimate from Pali Research has Toshiba committing $100 million to help DreamWorks Animation promote three of its movies: Shrek 3, Bee Movie and the upcoming Kung Fu Panda.

Considering the sales of high-def discs is still quite small compared to DVD, it might be cheaper for DreamWorks to simply stay the course and continue to release movies to HD DVD than to break its contract.

Contracts or payoffs to studios that some may call a bribe aren’t unique to Toshiba. Sony allegedly anted up $400 million to get Warner Brothers on its side last January. It turned out to be the studio that broke Toshiba’s back.

GlocksRock, post: 382606
not all bad news for owners of HD DVD players. I know I would still like to get some more use out of my player before any new titles stop coming out. I don't care to buy movies, only rent them, so once I've seen all the HD DVD movies I care to rent, I'll just keep it as a nice upconverting player for when I upgrade my bedroom tv to a flat panel HDTV.

Yeah, if I see $5 HD DVD movies, I'll be buying a bunch!
GlocksRock posts on March 01, 2008 08:02
not all bad news for owners of HD DVD players. I know I would still like to get some more use out of my player before any new titles stop coming out. I don't care to buy movies, only rent them, so once I've seen all the HD DVD movies I care to rent, I'll just keep it as a nice upconverting player for when I upgrade my bedroom tv to a flat panel HDTV.
stratman posts on February 29, 2008 23:05
NEWS: 29 February 2008 9:12 GMT by Stuart Miles


Dreamworks has performed a massive U-turn and now cancelled all future planned HD DVD releases including Bee Movie due to be released on the 11 March.

The studio, along with its parent company Paramount, has now officially confirmed that they will both be stopping their support of Toshiba's HD DVD format after 4 March.

Although DreamWorks chief exec Jeffrey Katzenberg said earlier in the week that the studio has “a partnership with Toshiba and have an obligation to see this through” all future releases have been cancelled.

Paramount (and its subsidiary DreamWorks) had nearly a half-dozen HD DVD titles scheduled for release through the first half of the year.

Paramount's final HD DVD titles will be Things We Lost in the Fire and Into the Wild, both coming 4 March in the US, however according to the Hollywood Reporter the studio will not release any Blu-ray titles until the summer.

allargon, post: 381783
Please… Anyone who thinks Blu-Ray studios (and Universal by Toshiba) didn't get payoffs is seriously delusional.

You guys are acting like Dreamworks Animation is the victim here. They are just trying to shake Toshiba down for more money for at most two titles–Bee Movie and Kung Fu Panda. If they are being paid tens of millions or so to be exclusive, they won't make up for it with the sale of those titles on Blu-Ray. Blu-Ray sales are too small at this stage.

I couldn't agree more.
smurphy522 posts on February 28, 2008 10:28
Dreamworks could probably manufacture X # of units for each “to be released” movie and then, after that, get by on a manuf. per demand basis.
Post Reply