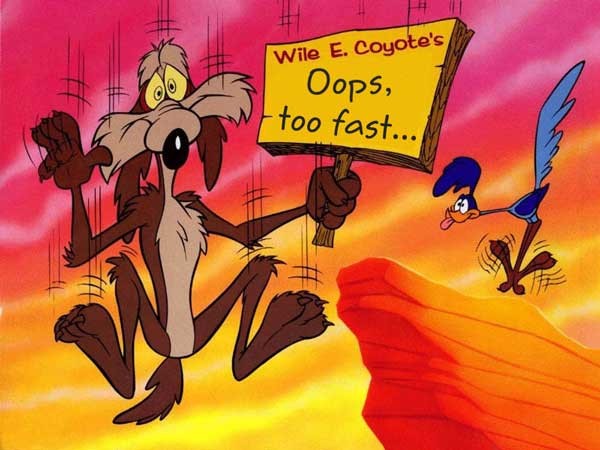 Ever in danger of becoming irrelevant before they even really get started, high-definition DVD formats may have more to fear from Internet content downloading than previously believed.

According to the Associated Press and Swedish newspaper, ‘the Local’, a Swedish woman of 75 may have the fastest residential internet connection to date.

Sigbritt Lothberg of Karlstad, Sweden now has a 40Gbps internet connection thanks to her son, Peter Lothberg, networking guru and consultant to Cisco Systems, and Hfsteinn Jonsson, head of Karlstad Stadsnat, owner of the local network. The connection was intended as a demonstration of how to build high speed, low cost, long distance internet connections to get internet providers interested in developing and investing in the technology.

The technology is based on a fiber optic connection and a new modulation technique that allows high speed data transfer up to 2000 kilometers between routers with no intermediate transponders. The developers claim that distance is theoretically unlimited with no data loss.

The connection speed is fast enough that ‘the Local’ says Sigbritt could now watch 1500 HD television channels simultaneously or down load an entire HD movie in 2 seconds.

Now, assuming a VC-1 encoded movie on a dual layer HD-DVD, which holds 30GB, 40Gbps equals 5GBps, a full download of a maxed out disc would be roughly 6 seconds at the maximum transfer rate. Also using HD-DVD for a baseline comparison, raw data transfer is a maximum at 36.55Mbps, which would allow simultaneous transmission of 1094 channels at this throughput.

To give some perspective, the latest SATA hard drives operate at 3Gbps, accounting for coding overhead, about 2.4Gbps or 0.3 GBps and current internet providers, such as Comcast boast about 6Mbps so the same 30GB download would take 40,000 seconds, or slightly over 11 hours and 6 minutes at maximum throughput.

Bottom line is the transfer rate exceeds the ability of current hard disc technology to read/write the data. That's fast, and bound to open up new avenues for storage innovation.

If the technology is in fact as easy to implement and low cost as the developers claim, this connective methodology has the potential to render most current forms of communication technology obsolete. It will also make downloading and streaming media a much more viable choice for all forms of entertainment.

The only barrier may be the fiber optic infrastructure, which is less established than traditional copper wire networks. On the other hand, if the modulation technique can be adapted to work on the current infrastructure, there still may be significant improvements to current transmission rates.

Ironically, but not surprisingly, this was Sigbritts first computer. According to Jonsson, the hardest part of the whole demonstration was installing Windows on her new desktop.

At least this new tech uses fiber that FIOS needs
So, just change some of the boxes that we already change every few years
Adam posts on July 29, 2007 11:58
This demonstration is not overly surprising, but it is most welcome in my eyes. Speeds like that would be great compared to what we have now, although our kids or grandkids will likely one day view 40Gbps as some antiquated system like dial-up.

Now, if only Qwest would update the hardware in my neighborhood so that I could get faster than 1.5Mbps…
BobBart posts on July 29, 2007 10:56
Must be nice the only highspeed internet option I have is wireless. They offer the blazing download speed of 1mb for the great price of $40 a month. I can't even get cable tv where I am at.
j_garcia posts on July 27, 2007 20:12

It is called PHOLED and they are trying to develop this currently, but the concept has been around for a long time. Actually, I believe it IS the same basic technology as your inkjet at home only with other special processes involved. I read an article that said current ink jet systems could be adapted to this type of production.
Clint DeBoer posts on July 27, 2007 19:25
That's actually one of the characteristics of a type of OLED screen. It's not your home inkjet, but it's the same general principle.
Post Reply