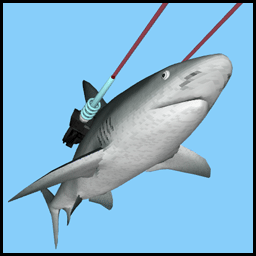 That's all I ask for

In case you've ever wondered what is possible with lasers these days, several websites have devoted themselves to all things powerful which emanate light. One of my favorite discoveries was the Spyder II GX. No, it's not a car - it's a laser. A very powerful green laser. Weighing only 8.5 ounces, a single 18650 high capacity lithium ion (Li-Ion) battery powers the the Spyder II GX laser enough that it is visible for hundreds of miles. Yeah, baby, a hand-held laser that's powerful and rechargeable. For those interested in specs for thing like this here you go:

The laser has a beam that is completely visible in daylight, can burn paper from 8 ft away, and lights a match in about 4 seconds. But sometimes, that's just not powerful enough... which is why we kept searching until we found the RPL-400. This beauty ups the ante to peak output of 500mW - all in a  rechargeable handheld unit.

So, what's this got to do with home theater? Not much, except that, well, there's going to be a lot of people with a bunch of HD DVD players left over from the end of the format war. My theory is there's no reason to hock them for nothing on eBay when you can have some fun. And guess what you can do with those blue lasers? That's right - you can roll your own high-power laser. But if you burn down your house or lose an eye, don't sue us - we're telling you it's dangerous.

Of course the real laser... the most massively destructive laser (we know of) is not very portable, and is in fact being built in the National Ignition Facility (NIF). Due to deploy in 2009, this laser system will be 60 times as energetic as Nova (the former most powerful laser which generated 16 trillion watts.) Of course, to accomplish this feat, the NIF will require over 3 acres of area to contain all of the hardware and electronics that power the laser. That about the size of the Superdome.

When completed, 192 laser beams will fire into a target chamber weighing over 1 million pounds. The chamber is over 30 feet in diameter and has 20-inch thick walls encased in a 6-feet thick concrete to prevent radiation leakage. Each laser burst will last 20-nanoseconds and focus 500 trillion watts of power onto the target. That 20 nanoseconds of power is equivalent to more than 1,000 times the electrical output of the entire U.S. over the same period of time. Can you say capacitors?

The point? Well, all that awesome power will be used in fusion research, astrophysics, and... of course, in generating thermonuclear detonations for weapons research. Come on, you didn't think giant laser beams would be all about the science now, did you?

All I know is, as soon as they mount some smaller versions of these on the heads of sharks I want to be first in line to see the YouTube video.

So Dr. Evil was right…..laser and sharks.


Actually the one about to be deployed (or is deployed) on a 747-400F is pretty cool, ironically the movie Real Genius was about a laser being deployed in a B-1 and of course “genius” college kids led by Uber-Genius Val Kilmer (oh that's a good one) thwart the evil US Air Force from their nefarious plan. Man you gotta love the 80's, Val Kilmer as a genius…………….