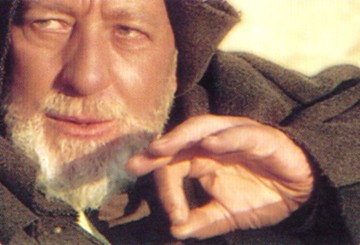 These aren't the entries you're looking for

According to reports on Video Business on Line and Wired, a recently developed database that tracks anonymous Wikipedia entry changes back to their originating IP address is uncovering some interesting corporate activity.

Wired: See Who's Editing Wikipedia - Diebold, the CIA, a Campaign

WikiScanner, written by Virgil Griffith, a Cal Tech graduate student in computation and neural-systems, is a publicly searchable database that allows anonymous Wikipedia edits to be tracked back to their originating IP address.

Wikipedia is a well know open source encyclopedia project that allows collaboration of anyone to record collective knowledge. The project relies on many thousands of volunteers from around the world with an operating principle that the large and open editorial base will ultimately lead to balanced articles with all points of view able to contribute. Wikipedia, itself, is fairly straight forward about the advantages and limitations of such a system. While contributors are not required to give personal information, an extensive system for tracking data on article edits is in operation and WikiScanner makes use of this data.

Using WikiScanner, Wikipedia users are discovering a wide range of companies, organizations, and public figures that have been taking advantage of the open format of Wikipedia to remove or slant unfavorable content in certain articles to their own ends. Wired has started a web page to tally discoveries of the most egregious abuses.

Wired: Vote On the Most Shameful Wikipedia Spin Jobs -- UPDATED

While WikiScanner does not conclusively prove that any given company is making edits as corporate policy, it does show that someone with access to the corporate network is making changes from company computers. Some of the more interesting edits from player in the A/V industry:

The full list and links to the edits are available by following the link to the Wired list provided above.

Davemcc, post: 304590
I just discovered that I am personally referenced on Wikipedia on no less than three pages.

I just discovered that I am personally referenced on Wikipedia on no more than zero pages.

So, Dave, are you willing to share the links to those pages? Always interesting to me to learn more about the people here.
Davemcc posts on September 03, 2007 10:57
I just discovered that I am personally referenced on Wikipedia on no less than three pages.
mtrycrafts posts on September 01, 2007 14:06

Adam, post: 304139
In an ironic twist, I used Wikipedia to verify what that phrase meant.

You mean that wasn't alter modified or mutilated yet? LOL
So it has some great benefits.
emorphien posts on September 01, 2007 12:44
People try too hard to make wikipedia in to something it isn't and misunderstand it for what it is. It's an amazing resource, particularly if you've forgotten something or need a refresher or background on some material. Math & science articles there are usually quite helpful and from most of the ones I've seen, rarely incorrect (there are too many wiki nerds interested in the topics I suppose to let some mistake last long).
avaserfi posts on September 01, 2007 12:06

In an ironic twist, I used Wikipedia to verify what that phrase meant.

Me too, Wiki was the first site that pops up and after I learned what it meant. I found it was a great point too.
Post Reply