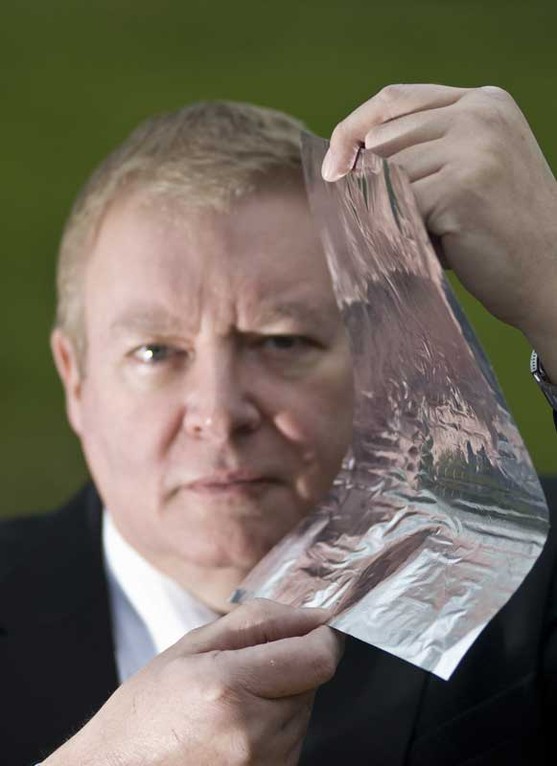 William Shatner Has a Speaker for You

A groundbreaking new loudspeaker, less than 0.25mm thick, has been developed by University of Warwick engineers, it's flat, flexible, could be hung on a wall like a picture, and its particular method of sound generation could make public announcements in places like passenger terminals clearer, crisper, and easier to hear. Lightweight and inexpensive to manufacture, the speakers are slim and flexible: they could be concealed inside ceiling tiles or car interiors, or printed with a design and hung on the wall like a picture.

Seems like this and flexible OLED screens would be a match made in heaven - at least for commercial signage applications. 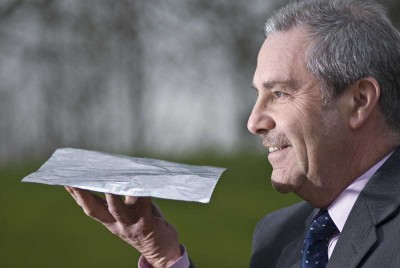 Steve Couchman, CEO of Warwick Audio Technologies and definitely NOT a home theater enthusiast, believes it could entirely replace the speakers currently used in homes and in cars, as well as in public address systems used in passenger terminals and shopping centers.

While we give Mr. Couchman a polite smile, it's likely that this technology will have more commercial application than for home theater, but who knows... with the continued trend of dumbing down audio for the masses, it's always possible that consumers may opt for a flatter, tamer speaker. Where we DO see large potential for a technology like this is in automobiles, which have notoriously bad audio systems. If speakers can be built into the dash or headliners, for example, sound might be able to be improved dramatically in comparison to mounting speakers around your legs.

He says: "We believe this is a truly innovative technology. Its size and flexibility means it can be used in all sorts of areas where space is at a premium. Audio visual companies are investigating its use as point of sale posters for smart audio messaging and car manufacturers are particularly interested in it for its light weight and thinness."

All speakers work by converting an electric signal into sound. Usually, the signal is used to generate a varying magnetic field, which in turn vibrates a mechanical cone, so producing the sound.
Warwick Audio Technology's FFL technology is a carefully designed assembly of thin, conducting and insulating, materials resulting in the development of a flexible laminate, which when excited by an electrical signal will vibrate and produce sound.

"Another great application would be in PA systems for public spaces," says Steve. "The sound produced by FFLs can be directed straight at its intended audience. The sound volume and quality does not deteriorate as it does in conventional speakers, which means that public announcements in passenger terminals, for example, could be clearer, crisper, and easier to hear."

The FFL was first developed by Dr Duncan Billson and Professor David Hutchins, both from the University of Warwick, with early trials using just two sheets of tinfoil and an insulating layer of baking paper to produce sound. Since then its design has significantly evolved and the technology is now ready for commercial exploitation

The company is currently in negotiations with a number of commercial partners and continues to welcome fresh approaches. It expects to launch its first commercial product later this year.

…and it doesn’t help that the guy in the picture looks a little like William Shatner doing a Price Line commercial.
lsiberian posts on April 03, 2009 13:15
I find great irony in this. Does anyone else.
Post Reply