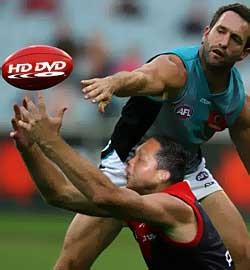 For a number of years, China has declared it was interested in limiting the influence of Western technology and to this end has formed the China High Definition DVD Industry Association (CHDA) to promote homegrown high definition technology developed by the Optical Memory National Engineering Research Center (OMNERC), based at Tsinghua University. The new CH-DVD standard will use a new codec owned by the Chinese government called Advanced Audio Video Encoding Standard in Information Technology, or more simply AVS.

The Chinese standards group originally looked to develop a completely independent format, Enhanced Versatile Disc (EVD), but ultimately chose to avoid having to develop a complete standard and teamed up with the DVD Forum for the blue laser drive technology. AVS allows China to avoid a myriad of licensing fees for all the various technology layers for encoding, decoding, audio, interactivity, and security, leaving one licensing fee, payable to the Chinese government, rather than foreign companies.

AVS is based on work by Professor Ishaq Ahmad, currently at the University of Texas at Arlington, when he was at the Hong Kong University of Science and Technology, Department of Computer Science. Professor Ahmad and several colleagues were looking for techniques to lower the computational overhead required for encoding H.263 video on low power systems. The technique, rather than working at the individual pixel level, divides the picture into macro blocks of 8x8 pixels. Using four luminance data blocks and two spatially aligned data blocks for color difference, multiple macro block rows are then grouped for transmission error resynchronization. The technique is said to be 2-3 times more efficient than MPEG-2 and was originally demonstrated on a Sun UltraSPARC-1 workstation and a Pentium II 233MHZ class PC.

What this all means is that CH-DVD can make use of a simplified DSP, but the drives are essentially blue laser HD-DVD drives. While CH-DVD discs will be incompatible with foreign HD-DVD machines, Chinese manufactured CH-DVD drives will require only simple modifications to be usable as HD-DVD drives. China’s huge manufacturing base will now, by government decree, be turned to producing what are essentially HD-DVD drives, ultimately lowering the cost of such drives on the supply side.

With situations like this in the works, perhaps it explains several other recent events such as Paramount/Dreamworks jumping off of the Blu-ray ship or the delay of Warner’s compromise Total HD discs: a billion or so consumers who now have but one choice.

Unlike the EU who has involved itself as referee of the free market in reviewing the legality of various agreements that might impede legally defined economic competition between HD optical disc formats, the Chinese government has issued a winner by decree: their own format, with a little HD-DVD thrown in.

The current plan for CH-DVD is to roll it out before the 2008 Summer Olympics in Bejing as well as have working models for the 2008 CES in January.

However, don’t just think of the CHDA/ OMNERC as exclusively Chinese. The AVS Workgroup does have a global membership beyond Chinese universities and laboratories, including ATI, IBM, Intel, LG, Matsushita, NEC, Nokia, Philips, STMicroelectronics, TI, Tektronix, and Sony.

Many of these companies are members of the Blu-ray Disc Association, but they also seem to have a plan B.

So, who ends up the winner? Hey, maybe it’s CH-DVD.

View full profile
Discuss This Article
stratman posts on September 13, 2007 16:10
OK! I'll add fuel to the fire….as if two formats aren't insane, three ridiculous. How about a fourth one, nuts you say? Read up on the link.

Where did you hear this ??? Link ?
bigbangtheory posts on September 12, 2007 17:14
*buying a universal player next week…my second one*
Post Reply