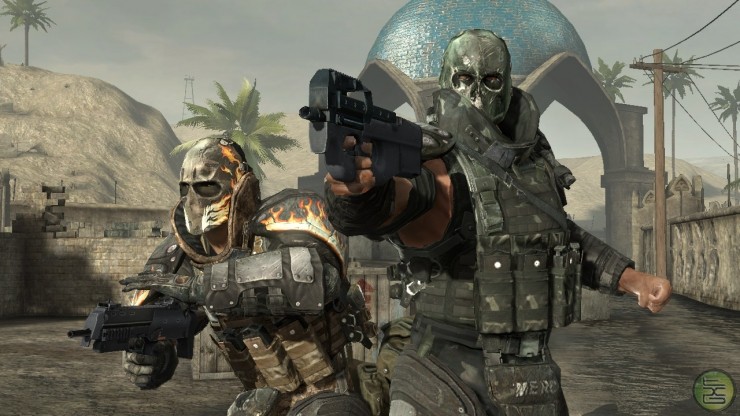 This week EA launched a weapon design contest for their new Army of Two: The 40th Day game. From now until July 12, gamers can submit their new mack-daddy weapon design via the game website. The winner's weapon will be included as a special unlockable pre-order item in the Xbox 360 version of the game.

To enter the contest, gamers will need to submit an image of their weapon (1280x800, 500k max JPG file) and a brief 500-word (max) description. Please click on the Army of Two website to see the official rules. The summary specs are that the file must:

The website also allows you to check out new screenshots and see submitted customized weapons from other players (our favorite is the man-catapault). As gamers submit their designs, the images are posted on the site for the community to vote on. The top weapons will be reviewed by the development team who will then pick two lucky designs to be created and included in the game. The submissions originally began back in May, however it appears the developers are extending entries through July 12th - so get in your designs!

EA Montreal’s Army of Two is a bit different in terms of its co-op play since it was the first 3rd-person shooter game to focus specifically on TWO man missions, TWO man strategies, TWO man tactics and a TWO man advantage. Throughout the game, players can customize and upgrade dozens of fairly realistic-looking (and acting) weapons and share them with their friends off or online.

In Army of Two, players can seamlessly jump in and out of using the AI computer as a partner or having a live person jump in as they move through the storyline. This is one of our favorite co-op games and we're excited to see EA putting out a sequel with even more cooperative options. Who knows, maybe in  couple years we'll be playing Army of Four (wth custom built weapons of course!)

Yeah GOW2 is resistance fall of man in length

It's a long game for sure.